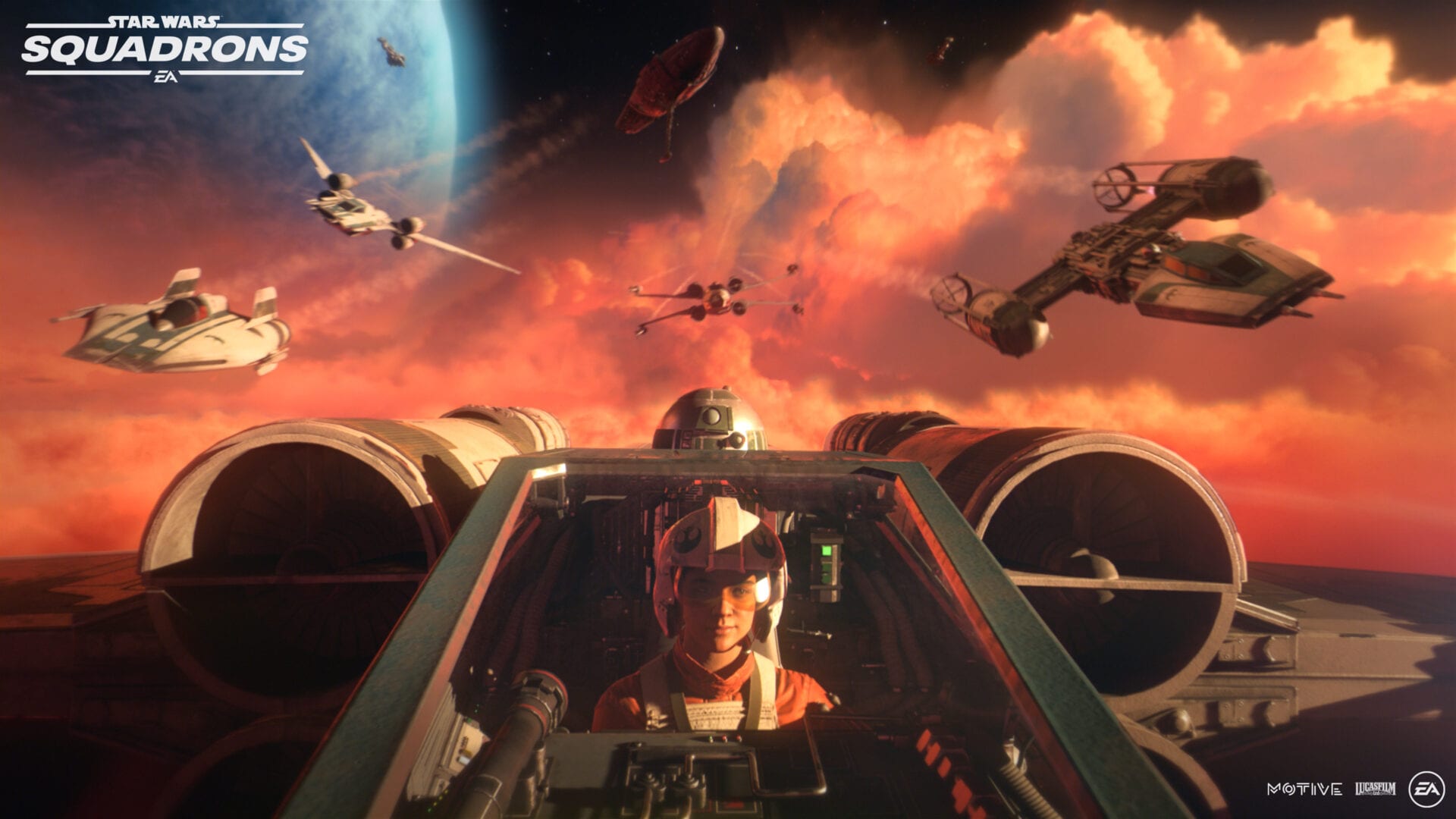 For those unaware, crossplay –or cross-platform support as it’s also known– allows players from PS4 to play against those on Xbox One and PC, and vice-versa for the other two platforms. In other words, rather than only being able to play against other players on the same platform as you, you can play against every single other player who has the game, regardless of the platform. As such, you may be wondering whether or not Star Wars Squadrons crossplay is a thing.

We’re able to bring you good news this time around. Star Wars Squadrons crossplay is available at launch and you’ll be able to battle it out in space against players across all platforms, regardless of which one you’re playing on.

Even better, you don’t have to do anything in-game to enable crossplay support. The feature is automatically enabled, meaning you can just search for an online game and it’ll be populated with players across all three platforms.

You can tell which platform a specific player is playing on by looking at the icon by their name and pilot avatar in the menus. If they’re playing on PlayStation or Xbox, the console icons will appear. PC players will have what looks like a keyboard by their name.

VR players won’t be left out of the fun, either. Players using PSVR on PS4, or any of the PC VR headsets will also be thrown into the same multiplayer pool as all other players, meaning you can get your immersion on and pick off players from other platforms at the same time.

How to Turn Off Crossplay

If you’d rather not be mixed in with players from all other platforms when playing online, you can turn crossplay off in Star Wars Squadrons.

To do this, go to the Options menu and then select the EA Account option. At the bottom of the ‘Account’ section on this screen, you’ll see the option ‘Allow Cross-Play.’

Simply turn this toggle off and you’ll only be matched with players from the same platform that you’re playing on.

For more on the game, be sure to check out our Star Wars Squadrons guide wiki.