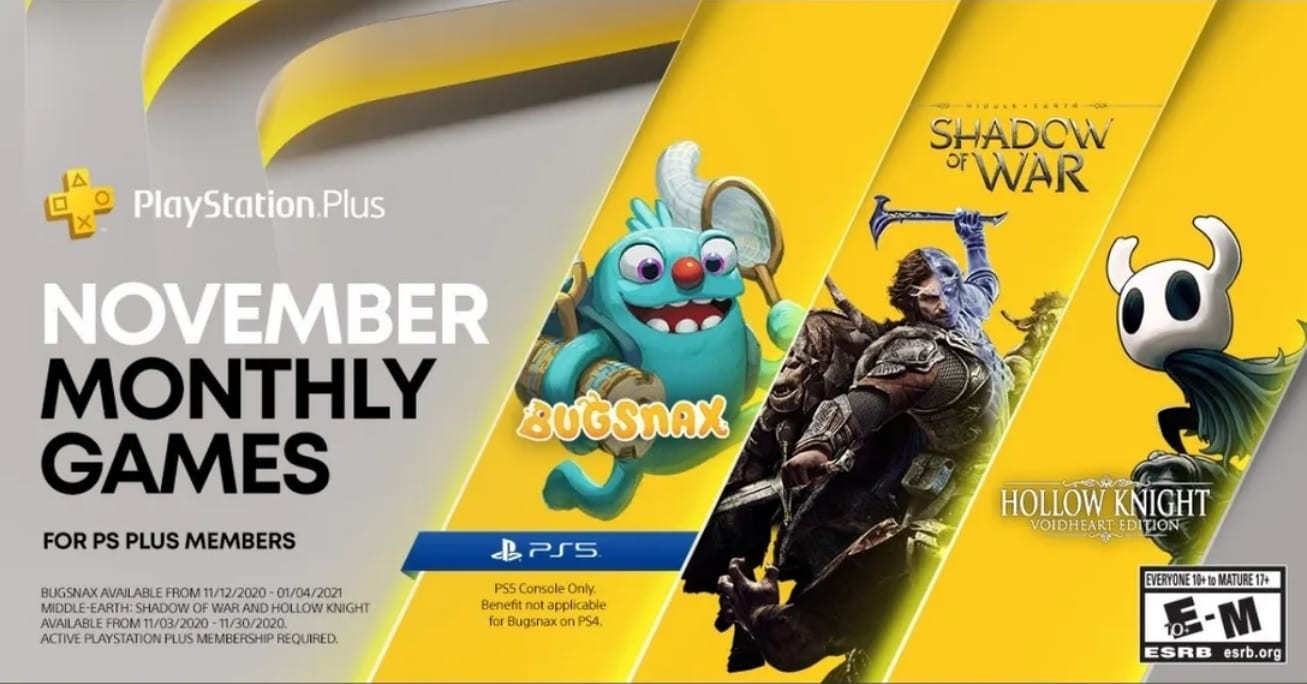 If the next console generation still doesn’t feel real to you yet, surely the announcement of the first PS5 PS Plus freebie will get you in the mood! Particularly so, given that it’s Bugsnax, a cutesy adventure game with a theme tune that’s made it a beloved meme ever since the console’s first showcase back in June.

The game will arrive on the service from Nov. 12 alongside two PS4 titles (also playable on PS5 thanks to backward compatibility): Middle-earth: Shadow of War, and Hollow Knight: Voidheart Edition.

It’s an excellent start for PS5’s PS Plus reign, with an all-new title standing alongside an acclaimed AAA RPG and one of the best indies of the last few years in Hollow Knight.

But PS Plus subscribers using PS5 can look forward to even more free content as the PS Plus Collection also goes live in November. The compilation was first announced during the last PS5 digital event, set to feature the very best PS4 games that have been available on PS Plus at one point or another over the past six or so years.

It’s only today, though, that the full list has been confirmed, which is as follows:

All games featured in the PS Plus Collection benefit from PS5’s extra grunt, with improvements “such as increased loading speed and improved or more stable framerates with PS5’s Game Boost****.”

It’s important to note that both Bugsnax and the PS Plus Collection are only available on PS5.