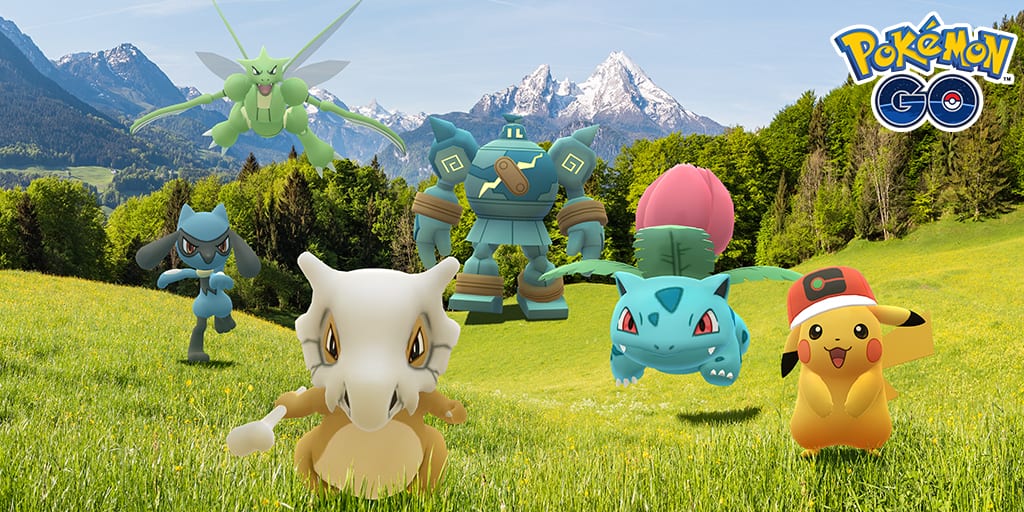 Earlier this afternoon, Niantic revealed the details for a Pokemon GO event that’s coming up in early November. This Animation Week event in Pokemon GO will feature mons that play a big role in Pokemon Journeys: The Series. And one Legendary Pokemon will finally get its signature attack.

The featured Pokemon in the Animation Week event will be based on the creatures that are partnered with the main characters of Journeys, Ash Ketchum and Goh. Starting on Nov. 6 at 8 AM until Nov. 12 at 10 PM local time, you’ll be able to catch tons of special Pokemon in the wild as well as in raids.

World Cap Pikachu will make a return and this time you’ll even have a chance to catch a shiny version of this event-exclusive mon. Other Pokemon that will be appearing more often in the wild include but are not limited to Bulbasaur, Exeggcute, Cubone (potential shiny), Scyther, Dratini, Cyndaquil.

Raids are going to be filled with some solid Pokemon like Ivysaur and Snorlax. Pinsir will be there as well, so you might want to get a good one to Mega evolve once its Mega evolution is added to the game. And the fairly uncommon Ghost-type pokemon, Golurk will also be in raids during this time.

But the headliner of the raids for this event is Aeroblast Lugia. After months of waiting thanks to COVID-19, Lugia will finally be getting its signature attack. If you want to add this Pokemon to your teams then you’ll have to keep an eye out for it appearing in Legendary raids between Nov. 5 and 16 at 1 PM PST.

What’s more, Pichu, Mantyke, Riolu, and Cubone (potential shiny) will all be hatching from 7 km eggs obtained during the event.

There will also be a Time Research event based on Pokemon Journeys: The Series and Goh will even photobomb pictures you take of your mons. And if you’re a huge Goh fan, then you’ll be able to pick up some avatar items in the Shop so you can dress just like him.

If you would like to check out the official release about the Animation Week 2020 event from The Pokemon GO Team, then you can find it right here. And while you’re waiting for Nov. 6 to come, don’t forget to try out the upcoming Day of the Dead event.