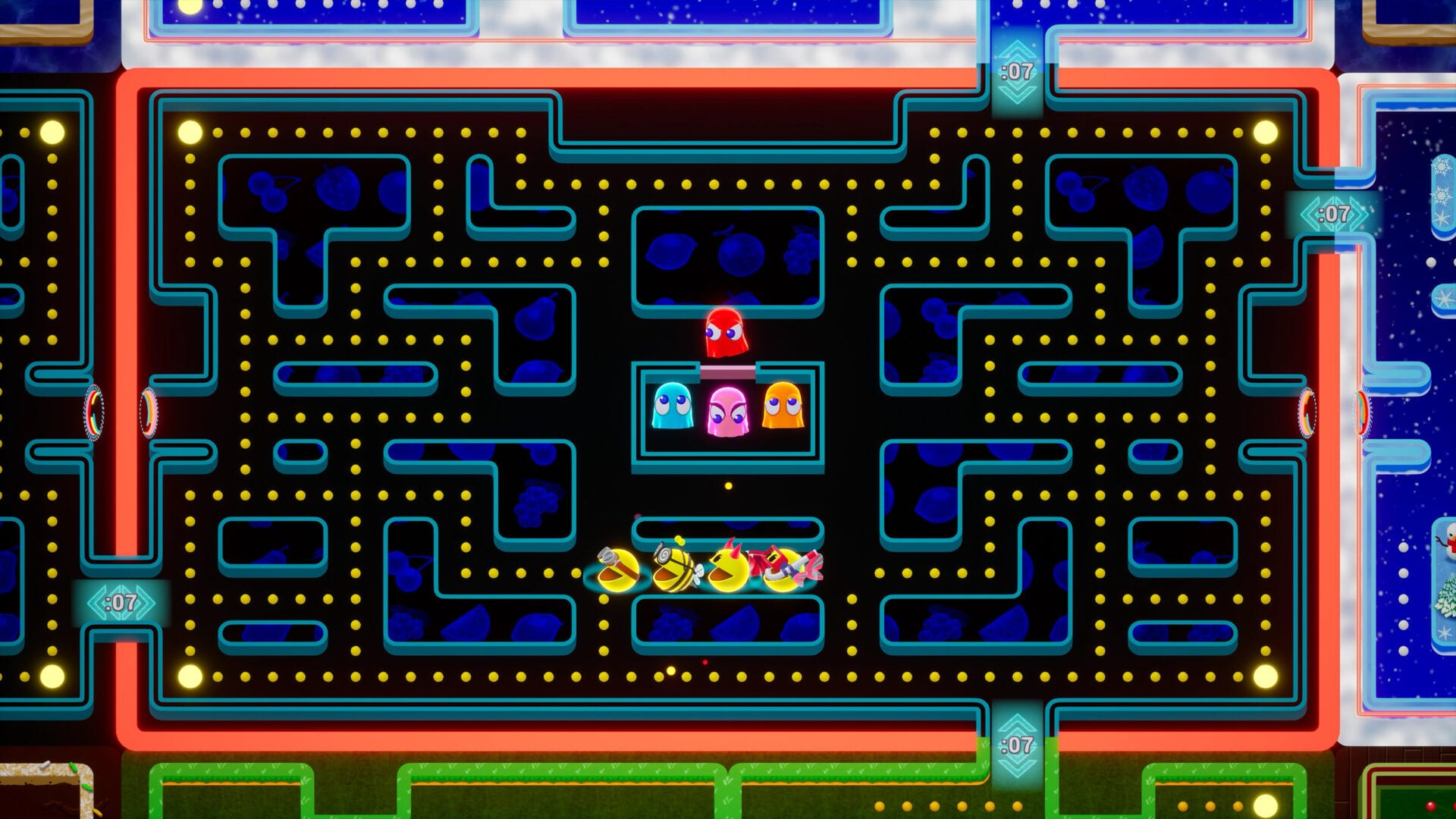 Following the footsteps of Tetris and Super Mario Bros., Pac-Man Mega Tunnel Battle is a 64-player battle royale game where players essentially play the arcade classic until one is left standing.

The difference is each player’s board is surrounded by other players’ boards and can invade each other, eating other dots, power-ups, and players. There will be new power-ups in the game, and players will be able to customize their Pac-Man and home board.

The game will also feature a spectator mode, where those watching can vote on various power-ups to spawn during the match.

The battle royale title is releasing on Google Stadia first on Nov. 17 for $19.99 with a free demo available to try now. The demo comes with one of the two modes available in the game and will be playable until Tuesday, Oct. 27.