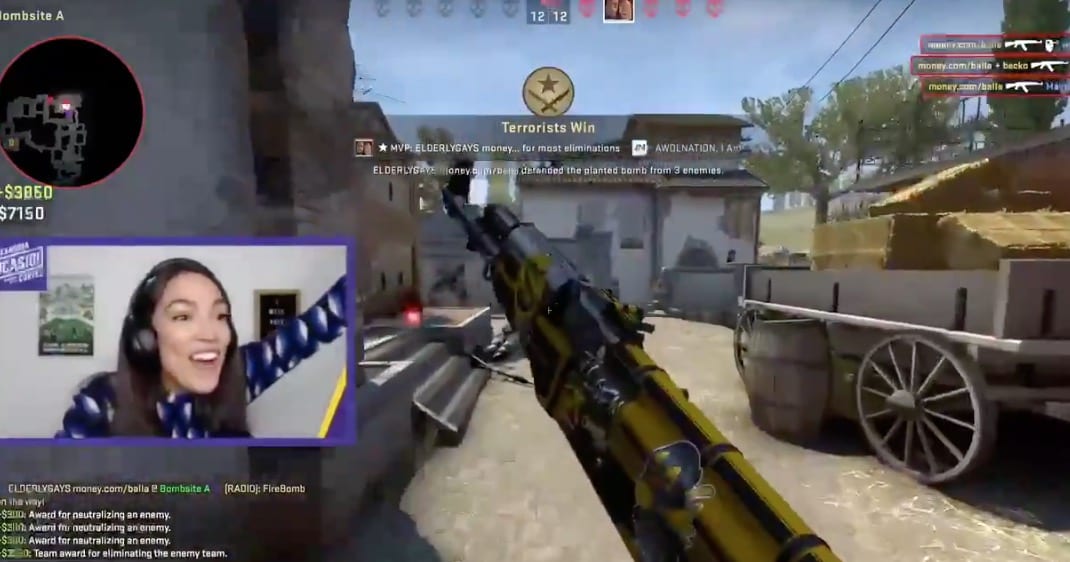 Representative Alexandria Ocasio-Cortez, otherwise known as AOC, held her first-ever Twitch stream the other night to encourage viewers to vote in the upcoming election in the United States.

AOC teamed up with some popular Twitch streamers and played one of the most talked-about games on social media right now, Among Us. The stream was viewed over five million times at the time of writing and AOC has already managed to obtain over 560,000 followers on the platform.

And if you know about Among Us, then you’re aware that there is one imposter chosen before each round begins and everyone has to find out who the killer is. And of course, AOC ended up being the imposter on her first round, resulting in some hilarious reactions.

And now people have taken AOC’s reactions from the stream and placed it over a variety of video games, such as Call of Duty, Apex Legends, Street Fighter, and even Smash Bros.

It’s the funniest thing I’ve seen today. Here are all of the videos that I could scrounge up from Twitter. Please enjoy!

And just a funny ol’ meme for good measure: