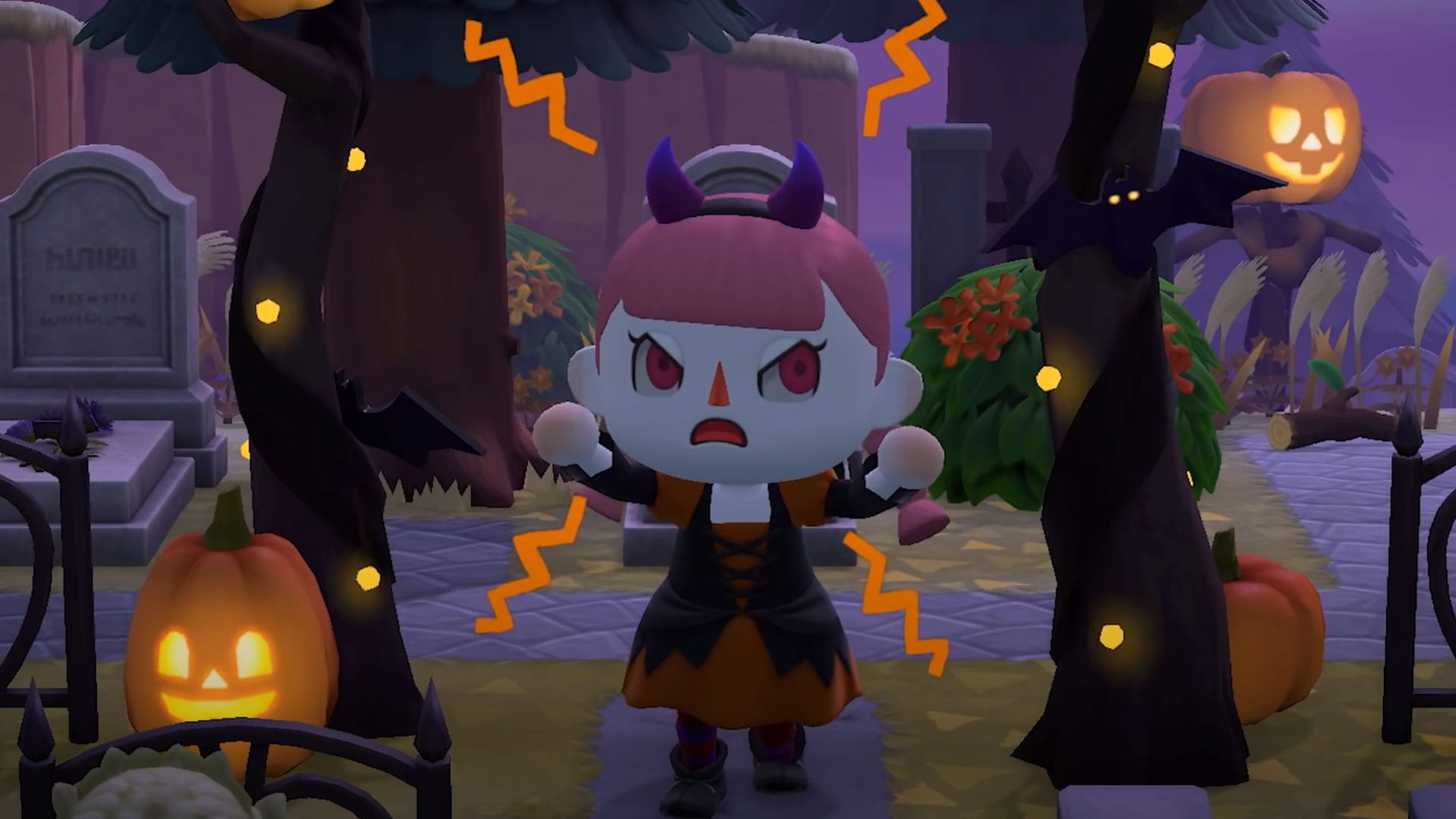 Reactions are a fun part of expressing yourself in Animal Crossing New Horizons, especially when you are playing with other people. Throughout the game, your villagers teach you different reactions to use, each of them representing a certain feeling or emotion. In the first part of the fall update, two new reactions have been added to the game, and both are related to Halloween. They are called Haunt and Scare. Here’s how to get both Halloween reactions in Animal Crossing New Horizons.

How to Get Halloween Reactions

The Halloween reactions are very easy to get, but they’re only available for a small time frame. In fact, you can only get them on one day: October 31.

If you want the reactions sooner than that, you’ll have to time travel to Halloween. Otherwise, you’ll just have to wait until the end of the month.

On October 31, Jack the czar of Halloween will appear in your town plaza from 5 p.m. until midnight. Once he’s there, you can talk with him and offer to give him a piece of candy, which you can buy in Nook’s Cranny throughout the month of October.

After giving him the first piece of candy, he’ll teach you the Haunt reaction.

You’ll be glad to know that it’s easier than ever to use reactions in New Horizons with the updated Nook Link app on your phone. You can now tap any reaction on your phone screen to use it in the game.

That’s everything you need to know about how to get the Halloween reactions in Animal Crossing New Horizons. While you’re waiting for October 31, you can prepare by finding out how to get Halloween costume items in the game.

For everything else, check out the Animal Crossing New Horizons guide wiki.