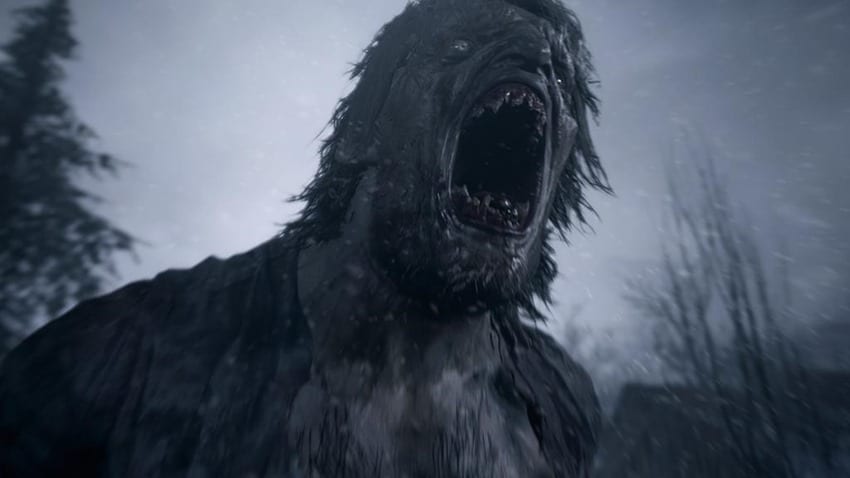 Resident Evil VIII aims to bring a slew of new elements to the franchise, and its latest trailer shown today during PlayStation 5 digital showcase put a spotlight on exactly that.

The trailer digs into several aspects of the game’s story without revealing too much about how they’ll play into the larger plot. It begins with Ethan, the protagonist of Resident Evil VII, confronting Chris Redfield and a group of soldiers before being knocked out per their orders.

It then jumps between a spooky recounting of a local legend by Mia and odd declarations by what appears to be the resident of an old forest town. They speak of lurking and returning evils, and the old resident seems to be excited for their return despite the dangers they pose.

From there, different images of the scenery flash across the screen, culminating in a final scene of what appears to be a merchant telling the player to peruse his wares. Little is revealed about who he is though, or whether he’ll prove to be a true allie in the long-run.

It’s a lot to take in to say the least, but it does provide plenty for fans of the series to dig their teeth into. The full trailer can be viewed down below.

Initially revealed during the first PlayStation 5 Showcase of the summer, Resident Evil VIII is the latest installment in the long-running series. Though it continues the continuity established in VII, it also brings new elements like Werewolves into the mix. Little has been revealed about its story thus far though, and this will likely remain the case until its 2021 release.

Resident Evil VIII is currently slated for release on PlayStation 5, Xbox Series X and PC. For more on the game, check out its reveal trailer from back in June.