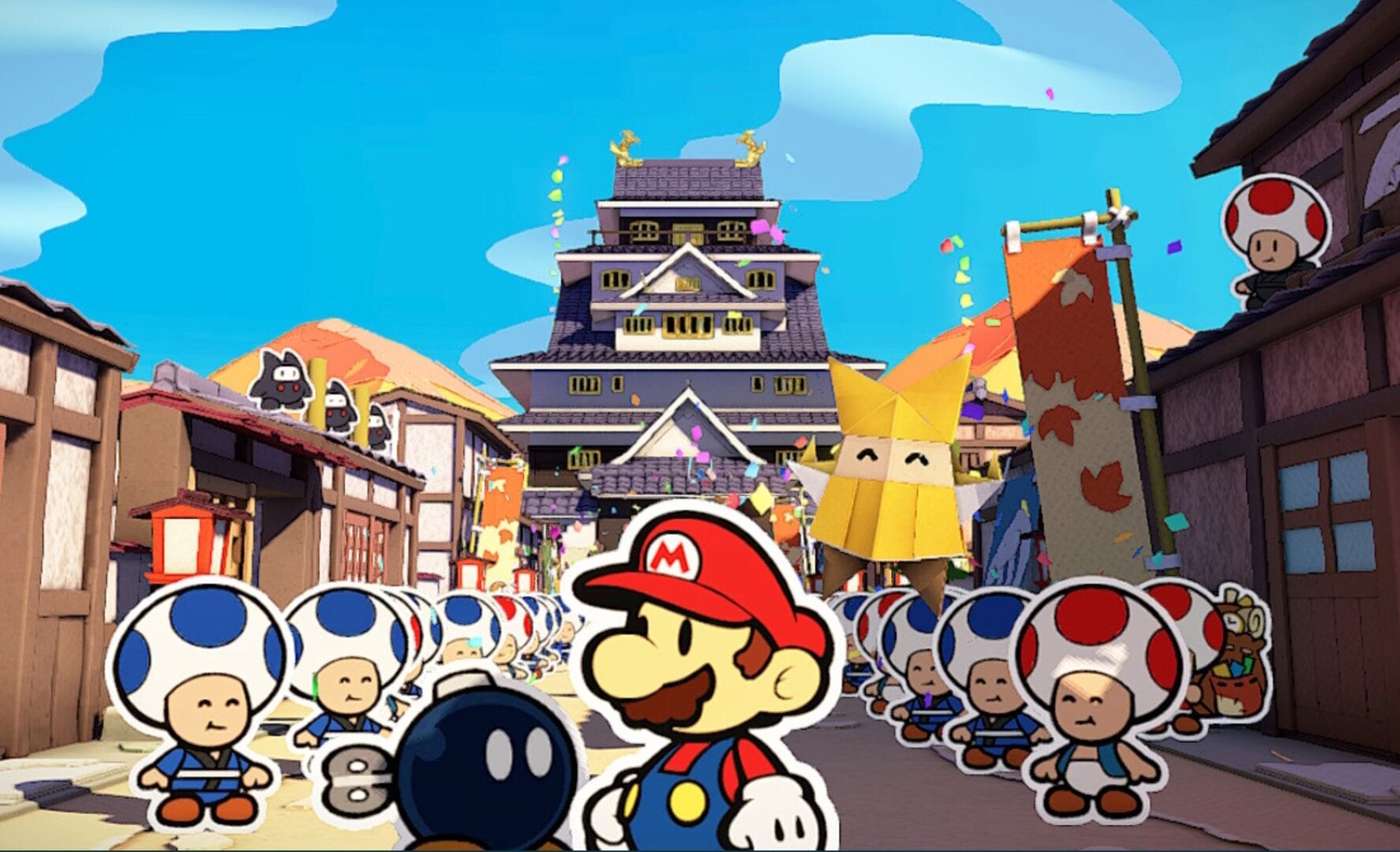 I’m well aware that it has been way over a month since Paper Mario: The Origami King launched on the Nintendo Switch, but I was pulled away by Ghost of Tsushima over on the PS4 –it’s incredible and amazing and such a good ol’ chill time. And I haven’t been able to give Paper Mario the attention it deserved when it launched.

But we’re here to talk about Paper Mario: The Origami King and its shortcomings in the combat department. It’s not that Origami King has bad combat per se, but it does get tiring after some time.

For starters, the combat in Origami King suffers from a lack of variety and general excitement. Lining up basic enemies (aka Goomba’s and Koopa’s) and placing them into groups and then either jumping on them or hitting them with Mario’s hammer can only go so far for a game that can take over 30 hours to fully complete.

Am I one of those die-hard Paper Mario fans that won’t play a new entry in the series unless it has a traditional turn-based combat system? No, that’s not entirely the case here but on the other hand, it’s a fact that Paper Mario and The Thousand-Year Door is the best game in the franchise, and it did have that turn-based battle system that critics and fans adored, I’m just saying, there’s a reason it’s the best one.

While Origami King doesn’t have that system that tons of people want, it’s still a superb game in its own right and definitely deserves a spot on the list for best Switch games of 2020 so far.

It’s literally filled to the brim with multiple dungeons, areas, locales, towns, and there’s even an entire chapter that’s obviously inspired by The Legend of Zelda: The Wind Waker.

It’s rather impressive how many different places you travel to in Paper Mario: The Origami King, and like other titles in the series, the writing is so dang good.

Almost every single line of dialogue has some sort of quip or joke to it and it’ll make you chuckle every few seconds, or at least make you crack a smile.

But after spending over 20 hours with Origami King, the unique but flawed puzzle-focused combat system isn’t cutting it, and instead of being entertaining and thrilling, it’s becoming an annoying chore.

The game gives you the option to pay a certain number of coins for Toads to help you out during battle and that feature has become one of most-used tactics during battles.

And it’s not that the fights are challenging, but it’s tiring and takes up a lot of time if you don’t match up the enemies accordingly on the grid.

The system was really fun to use at first but considering that Origami King is such a long game, doing the same motions over and over again is not enjoyable in the slightest bit.

I have to give props to Intelligent Systems for creating engaging boss fights that have entirely different combat mechanics, but those fights only happen a handful of times and were honestly a bit too long for my tastes.

One of the ways that the combat system in Origami King could’ve been better is if the game had some kind of experience or level up system, like the old Paper Mario titles.

It gives you a reason to jump into battles and probably wouldn’t make it such an unnecessary time waster.

I’m still having tons of fun exploring the different areas in Origami King, and man this game is absolutely gorgeous and so visually appealing, but once I’m forced into battle encounters now, it’s hard not to let out a big groan of disappointment.

The game is slowly but surely coming to a close and my time spent with Origami King will be remembered as a great time, but for the die-hard Paper Mario fan that lives inside of me, I really wish the combat was back to the way it used to be.