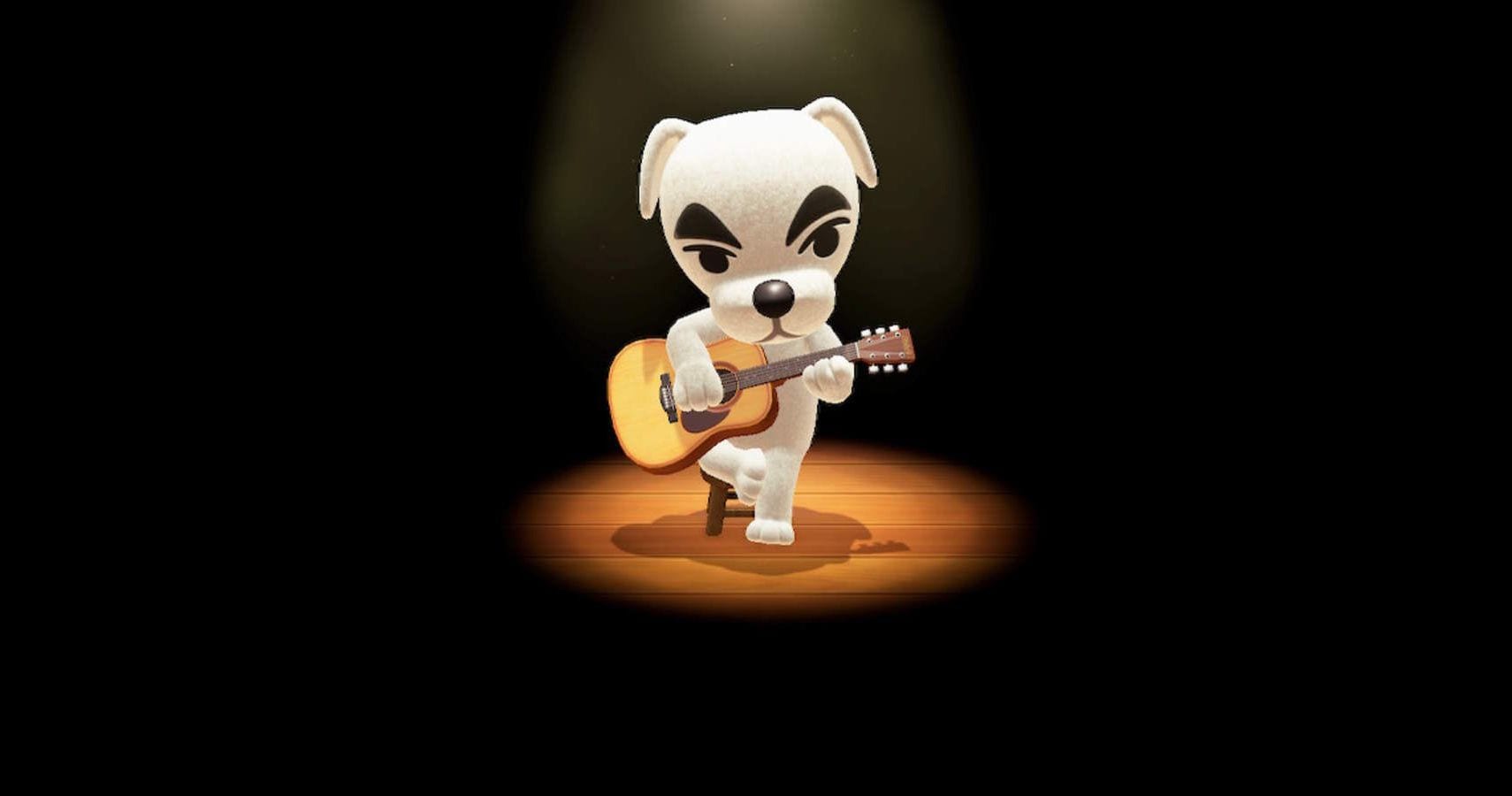 For the last 10 years or so, Minecraft has been heralded as one of the best sandbox games of all time. It gives everyone, regardless of age, a chance to experience an open-ended world that rewards exploration and curiosity.

Whether you’re someone who plays Minecraft or not, you can’t deny that it has become a worldwide phenomenon over the past decade.

Minecraft Dungeons takes that same approach with ease of access and approachability and turns the genre on its head, creating a top-down hack-and-slash dungeon crawler that actually works.

Who would’ve guessed that the world of Minecraft could be translated over to a Diablo-lite experience? Still, Minecraft Dungeons is just a bit light on content and the game makes you grind a lot but when you squad up with friends and take down mobs of enemies together to find rare loot, that’s when the game is as its best for sure.

Minecraft Dungeons also offers couch co-op play, so having those Joy-Con around makes the Switch one of the best places to check this game out.

Ninjala is a free-to-play online multiplayer brawler for the Switch that comes from GungHo Online. You control these badass ninja kids who happen to have access to these powerful ninja abilities via chewing gum.

I know, trust me, the premise may sound a bit ridiculous, but this arena brawler of sorts is filled to the brim with charm and attitude, and the combat system is pretty enjoyable once you get the hang of it all.

There’s not a ton of content in Ninjala at the moment but the development team will be adding new weapons, stages, and cosmetics as the seasons continue forward.

It’s going to be exciting to see just how big this multiplayer title will be down the line. If the team continues to support it and grow the player base, there’s no stopping Ninjala. The title has already managed to surpass four million downloads, which is no easy feat for a brand-new IP.

If you want even more thoughts, make sure to read my review.

It’s always a good time to bust out the board games and spend some quality time with your friends and family, but everyone knows how annoying it is to set the games up and put them away all nice and tidy.

Clubhouse Games is the perfect alternative, offering 51 classic party games including Mancala, Chess, Bowling, Blackjack, Darts, and much much more.

There’s a lot of fun to be had here and thanks to the touch screen modes, vertical system mode, and other options, it’s so easy to jump into multiplayer with anybody.

The controls are intuitive, there are tons of games to try out, and it could be a terrific way to introduce non-gamers to a video game that they’re sort of already familiar with!

It’s a fantastic addition to the Nintendo Switch library that even has online multiplayer modes, allowing to join up with friends or random players.

There’s also a free demo that people can download on the eShop that lets you play four of Clubhouse Games’ activities with other people locally.

Nintendo has knocked it out of the park with this classic collection, and it’s shaping up to become one of the best party games on the platform.

BioShock: The Collection is one of the best ports that has made its way over to the Nintendo Switch, giving anyone the opportunity to experience the iconic and atmospheric first-person shooter series.

This collection includes BioShock, BioShock 2, BioShock Infinite, and all of the existing DLC, which is simply a fantastic package filled with three very good games.

Obviously these three titles don’t look as good on Switch as they do on PS4 or PC but being able to explore the creepy underwater depths of Rapture or flying on skyhooks in Infinite on a portable console is something truly special.

The Switch gets a ton of ports, but not all of them are handled with as much care as this BioShock collection.

And this is also a perfect opportunity to jump on board the series before that new one comes out one day.

Fans of the 2D brawler series that is Streets of Rage have been waiting for quite a long time to relive the experience from the 90s. And luckily, this modern version can stand toe to toe with the classics.

Developers Dotemu, Lizardcube, and Guard Crush Games have successfully created a game that is not only perfect for newcomers to the series but is also an intoxicating hit of nostalgia for people such as Ed, our Editor-in-Chief.

He had a great time with the title and even reviewed Streets of Rage 4, scoring it a 4/5. Here’s a snippet from the review:

“Hopefully, the developers get another chance to expand on this foundation even further because they certainly earned it. Streets of Rage 4 a great game worthy of being the 4th main entry.

Priced at $24.99 or less, fans of the original have no excuse for not picking it up and reliving some cherished memories with a friend. And even nostalgia aside, it’s one of the most fun beat-em-ups I’ve played in years with a lot going for it.”

Spiritfarer dropped digitally a couple of weeks ago and lots of people have come to grown attached to this indie darling. It’s described as a “cozy management” game about death, which doesn’t sound very appealing from the get-go, but once you get deeper into it, it’s a game that’ll tug at the heartstrings, or even better, it could make you cry.

Our review for Spiritfarer was published this week and one of our Staff Writers, Keenan, scored it a 4.5/5. Here are his closing thoughts:

“Spiritfarer is one of a kind, and well worth anyone’s time. Its energetic art style, moving score and uplifting stories about acceptance and loss all meld with the gameplay for an experience players won’t soon forget, even as they move onto their next adventure.”

Tokyo Mirage Sessions #FE Encore (please don’t make me write that out again) is an unexpected and wild combination of Persona and Fire Emblem that somehow delivers on creating a flashy, eye-popping, and stylish JRPG about Japanese pop stars.

While the story and characters can fall flat at times, Tokyo Mirage Sessions is still an upbeat and fun, whimsical ride full of enjoyable musical performances that bring in recognizable characters from the respective franchises.

It’s honestly something that should not have worked, but it did and now that this updated port is on Switch, it joins the ranks as one of the best JRPGs on the platform.

Xenoblade Chronicles: Definitive Edition is a suped-up remaster of the iconic Wii JRPG from Monolith Soft. It stars a young man named Shulk who goes on an epic quest on an attempt to change the future.

It’s a sprawling and massive open-world adventure that’s teeming with a variety of monsters, loads of sidequests to complete, and a story that’ll keep you coming back –the characters are so memorable too.

This Switch edition comes with a bunch of bells and whistles that makes this the best way to experience the game. There’s some quality-of-life improvements here, a nice visual upgrade, and even a brand-new epilogue that contains multiple hours of gameplay and more story content.

There’s just so much that’s jam-packed inside this package that it’s honestly hard to not recommend to any JRPG fan.

I am one of those people who wants Nintendo to bring the Paper Mario series back to its turn-based roots.

The Thousand-Year Door will forever be one of the greatest JRPGs ever, and it’s unfortunate that fans can’t get that right now, but what if I told you that Origami King is surprisingly a very good game?

Paper Mario: The Origami King turns up that humor and charm from previous entries, making for some of the most ridiculous of situations. You’re driving cars though deserts to find Toad towers; you’re having a dance party in an ancient tomb, and next, you’re sailing the seas on a boat.

It’s also worth mentioning that Origami King has moments where it’s incredibly Zelda-like, with Mario having to dive into dungeons to solve puzzles to obtain an item and then have a boss fight. But just replace Ganon with office supplies.

There are some issues with the new “line-em-up” battle system, but as you continue to progress through the game, enemy encounters become more challenging, and you can always skip most fights if you want to.

Paper Mario: The Origami King is such a funny, heartfelt, and exciting adventure that is just what the series needed. There are so many varied areas to explore and little treasures to collect, that it makes it hard to put down.

Animal Crossing: New Horizons came out earlier this year in March, a perfect time for a life sim game such as this one. When everyone was trapped inside of their homes with nothing to do, Animal Crossing came to the rescue to bring all of us into a wonderful world with chatty animals and loans to pay.

The loans aren’t too bad to pay off, but it’s all worth it at the end of the day once you have a gorgeous, multi-floor mansion on a cliff near a roaring waterfall and rivers.

Being able to build something like that is what makes Animal Crossing an incredible experience, and once you throw friends into the mix with the multiplayer mode, things truly open up.

You can put on fishing tourneys with your mates, take pictures in the museum together, or just chill outside by the fire and watch shooting stars.

And the holiday events are always a great reason to come back to the game, even if just for a few hours. I found myself going back to celebrate the Fourth of July with some friends and we just listened to KK Slider music and caught fish –it was an unforgettable gaming moment.

This latest entry in the Animal Crossing series has really added some nice features that will most likely remain a staple for future titles. It’s still a pretty basic game but once you dive deep into the dark side of Animal Crossing, there’s a lot to see.

Did you know that people are selling villagers on the Black Market? Yeah. It’s wild. Only Animal Crossing could make things like that happen.

What are your favorite games of the year so far? Let us know in the comments below!