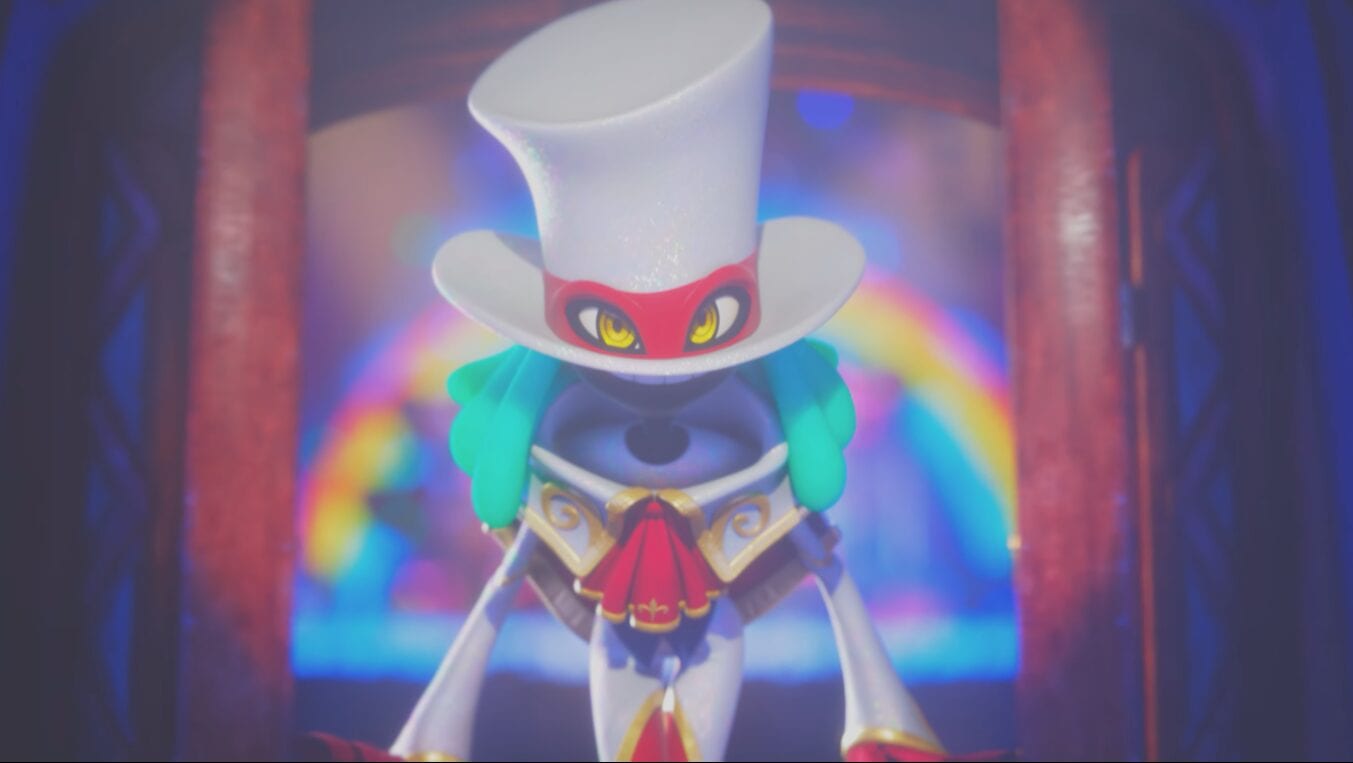 Balan Wonderworld, a new IP from Sonic the Hedgehog creators Yuji Naka and Naoto Ohshima, received new footage in today’s Nintendo Partner Showcase, demonstrating a number of different aspects of this colorful upcoming title. Check it out for yourself below!

On top of the video, we get a release date, which will be March 26 on basically everything with a chip, including Nintendo Switch, PS4, PS5, Xbox One, Xbox Series X/S, and PC.

Here’s the pitch: The charismatic magician Balan has invited your characters, Leo and Emma, to his Wonderworld, and it doesn’t seem like you’re given a chance to say no. Now, you’ll have to make your way through 12 different worlds to make your way back to Balan themselves.

In order to progress through these themed worlds, you’ll need to utilize the powers given to you by a variety of different costumes. For example, the sheep costume will let you surround yourself with a big cottony puff, letting you ride updrafts to higher ground. Another costume lets you throw your fists ala Rayman, allowing you to break blocks from a distance.

There will be 80 costumes to collect, including ones such as a yeti, a fire hydrant, and a cat. You can also combine two costumes’ abilities in co-op mode, giving you even greater freedom.

To progress throughout the game’s stages, you’ll need to find statues of Balan himself, which you can use to access new areas and levels. Guess he’s a bit of a narcissist, it seems? Take care though, as each stage will feature a big boss at it’s end – you’ll need to make full use of your costumes to beat them.

Interested in the other Partner Showcase announcements? Check out the announcements for Disgaea 6 and Ori and the Will of the Wisps. For more news on Balan Wonderworld and more, stay tuned to Twinfinite.