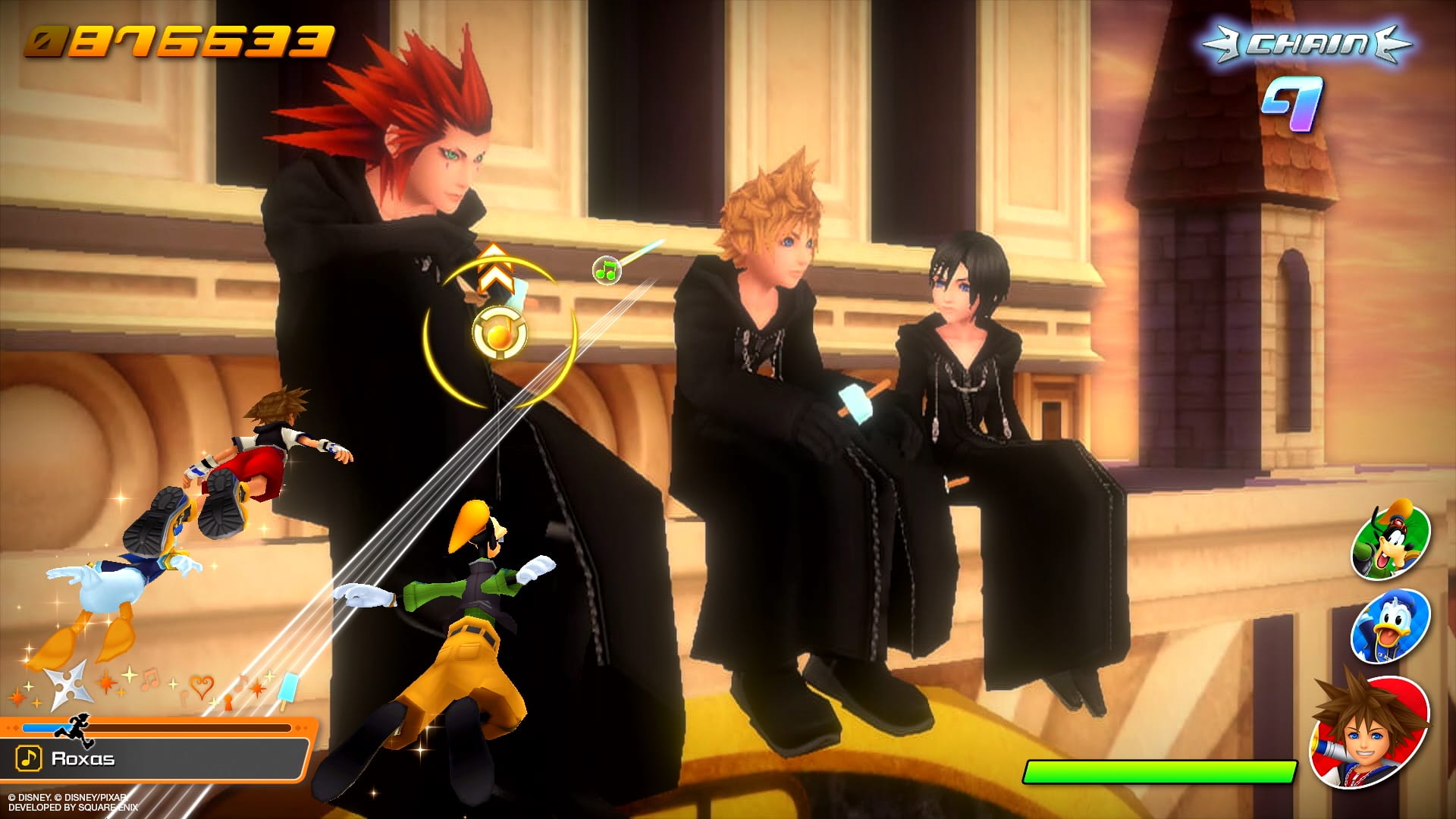 A few of the songs that will be made available on Kingdom Hearts: Melody Of Memory were made known today through a series of posts on the game’s official Twitter page.

Among the themes to be included are “Simple and Clean” from the original Kingdom Hearts, a song written by Japanese artist Hikaru Utada, while the popular song “Let It Go” from the Disney animated film “Frozen” is within those selected from Kingdom Hearts 3.

There’s also a number of other songs that fans of the series will recognize, such as “Traverse Town”, “Roxas”, “Castle Oblivion”, “The Other Promise” and “All For One”. According to the post, over 140 songs will be available in the game. Some of these songs will also have dedicated stages which players will need to go through if they hope to complete the game.

Recently Kingdom Hearts: Melody Of Memory received a ton of information regarding its many different play style options (including an online mode) and the three types of stages that will be in the game.

Kingdom Hearts: Melody Of Memory will be the latest addition to Square Enix’s long standing franchise and according to the game’s director Tetsuya Nomura, will focus on the story of Sora’s childhood friend Kairi. The game will be available on Nov. 13 for the PlayStation 4, Xbox One and the Nintendo Switch.