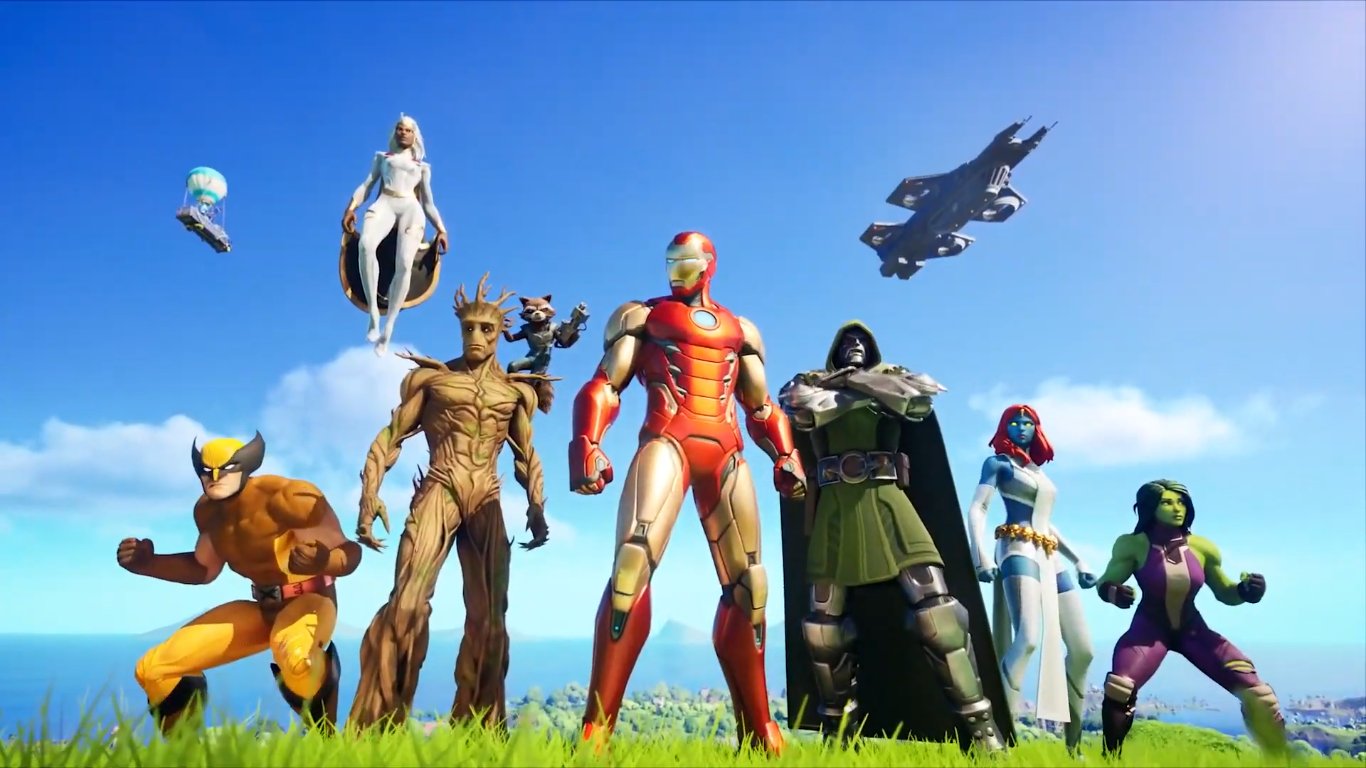 First things first, you’ll need to know where Stark Industries is. Simply put, it’s the enormous new POI that’s replaced Frenzy Farm. Stark Industries is pretty enormous, filling the space between Doom’s Domain, Craggy Cliffs and Shifty Shafts respectively. You can check it out on the map below.

Once you arrive here, you’ll find a raised leafy area, with the large Stark Industries building at the end of it.

It’s this building above that you’ll want to head to in order to find Iron Man in Fortnite. He’ll either be wandering around the area directly outside of Stark Industries, or he’ll be hiding away in the building.

What you want to watch out for is Iron Man’s repulsor gloves which can deal damage at an alarming rate. We’d advise trying to sneak up on Iron Man with a sniper and lining up a headshot, before peppering him with AR fire to finish him off.

We’re yet to be able to confirm, but we believe Iron Man has the same 400/500 HP that Dr Doom has over at Doom’s Domain. If you’re struggling to complete this challenge, try using the Squad Assist feature and having some friends join you. If there’s a few of you all firing on Iron Man, he’ll go down quickly.

After defeating Iron Man, you’ll get access to his Vault Key, alongside his Repulsor Cannon ability.

The Repulsor Cannon has an enormous range making it great for picking off enemies from cover. We’ve listed all of its leaked stats (courtesy of HYPEX on Twitter) below.

There you have everything you need to know on eliminating Iron Man at Stark Industries in Fortnite. Head on over to our guide wiki for the current season for more tips, tricks, and guides. We’ve also got a Wolverine Week 3 challenge guide for your convenience, too.