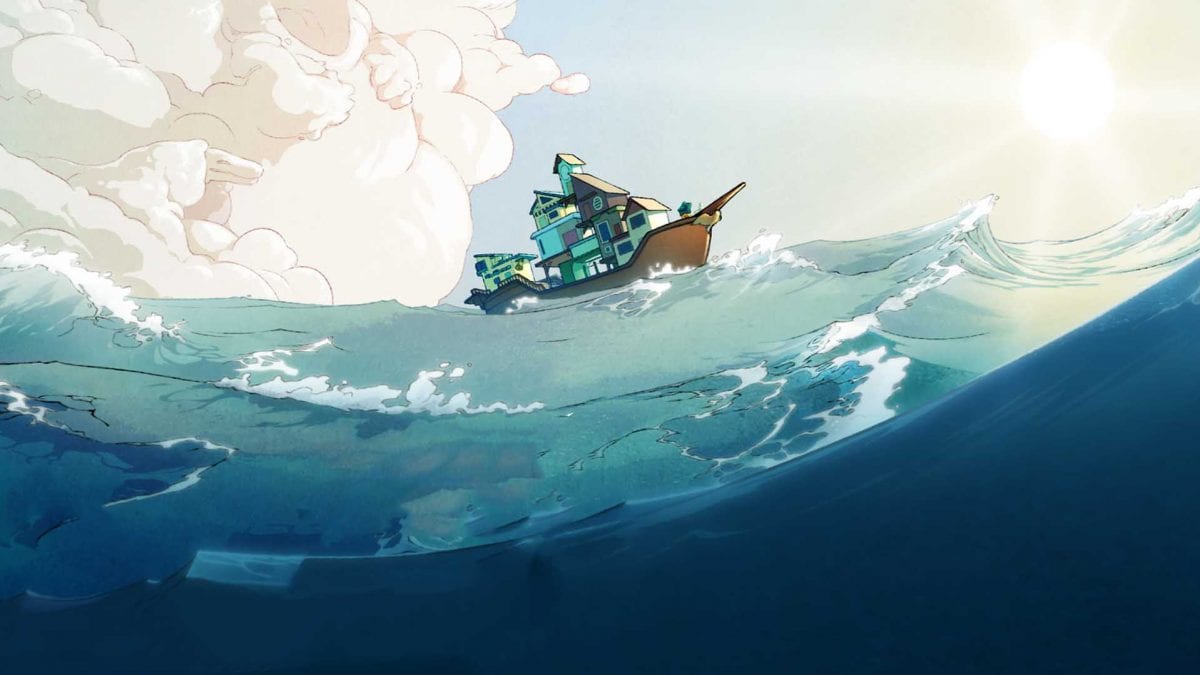 Death is a concept explored in most every medium, but few could hope to express the emotions surrounding it the way interactive mediums like gaming can. Enter Spiritfarer, easily one of the most thoughtful games to ever explore the concept and one of the best titles of the year, even if it stumbles technically.

It starts off simply enough, providing a straightforward yet fantastical premise. Players take the role of Stella, a young woman tasked with taking over for Charon as the guide and Ferrier of departed souls. She must travel an expanse of ethereal sea in search of lingering Spirits, taking them aboard an ark of a ship she has inherited and helping them come to terms with regrets from their pasts.

What helps them come to terms can vary wildly though. Some may ask the player for a meal, item or knickknack from their childhood, eliciting memories of a time long-gone. Others may wish to search for a lost love in an area of the sea only accessible by upgrading the ship into a stronger variant, requiring the player to track down the resources necessary to make the improvements.

As such, players will need to explore Spiritfarer’s world for a slew of resources. They’ll have to net rare fish, buy new ingredients and mine for valuable ore whenever possible, as well as platform through different areas to track down new abilities and items off the beaten path.

They’ll then need to build and experiment with a variety of item creation tools: Cooking with the Kitchen, crafting with a Foundry and experimenting with the Crusher until they create the necessary items to advance a given Spirit’s story.

Not only that, but players will need to balance these endeavors with maintaining the mood of the Spirits in their care. Each spirit will have likes, dislikes, and stats to manage on a daily basis, from how hungry they are and how much they enjoy their particular corner of the ship to how recently they’ve been shown affection with a hug.

The player will need to keep a constant eye on these stats, helping them with whatever needs they want met during their voyage to the great beyond.

It’s a gameplay cycle that can sound daunting at first, but, just like with other resource management sims like Animal Crossing or Stardew Valley, becomes almost soothing after a point. Getting into a good flow of helping each Spirit, crafting new items and gathering new resources is highly gratifying, and the game always offers a seemingly endless list of new tasks and creations to uncover with each successful day of keeping one’s head above water.

The aesthetic of the game only buoys this feeling. On the visual front, the 2D characters and world are shown in bright, pastel colors, bouncing and moving with the fluidity of a children’s cartoon. Spirits smile from ear to ear upon receiving their favorite meal, wither in anguish when they haven’t eaten in a day, and sprint for cover when a comet crashes down onto the deck of the ship.

Stella is much the same, grinning, bouncing and emoting her way through whatever tasks her voyagers throw her way.

The music, meanwhile, always hovers in this sweet spot between joyful and melancholy. Calming strings lull one into a state of comfort during standard voyages, while energetic flute tones carry the player away into frantic dashes for rare items or dire tasks. Somehow, though, they always give off this sense of comfort, and of a moment in motion that will soon become little more than a memory.

Which is fitting, because as stated earlier, the drive of Spiritfarer is to convince each Spirit one finds to pass on; to leave their regrets behind, and give into the end that awaits all things.

And pass on they do. Once each Spirit’s final regrets are addressed, the player must take them to the world’s entrance and exit. Once there, they share a final goodbye, and the player can never see them again.

Sometimes, it’s a gratifying moment, with every word they wished to share with Stella said before it was too late. Other times, it can be brief and surprising, coming just when the player was hoping to gain more insight or was on the verge of finding a way to further mend the Spirit’s heart.

It goes to show how much effort the game’s developer Thunder Lotus Games put into crafting each character’s story, and in capturing the many emotions that can surround death. There’s no one way that it’ll hit a person, and players will run the gamut before their time with the game is through.

And yet, when that time comes, it’s hard to see anyone who would regret the journey. For all of the hardship one is put through by the simulation of loss, there are kernels of hope provided too. Few Spirits will leave without contributing something to Stella and the player’s experience, allowing for some solace to be taken in the pleasant journey that led up to their end.

As for Spiritfarer’s shortcomings, they’re limited but very noticeable. The game can struggle to handle the graphical load during the late-game, with the mass of buildings and moving characters causing textures on as much as half the screen to flash, warp or disappear.

Likewise, some characters can get hung up on masses of buildings, resulting in them disappearing for a time or, in the worst cases, not appearing until the player restarts the game.

At their worst, these issues can bring an engrossing and engaging moment to a dead stop when they do occur. However, they’re all fairly manageable and don’t detract from the overall experience that the game entails.

Spiritfarer is one of a kind, and well worth anyone’s time. Its energetic art style, moving score and uplifting stories about acceptance and loss all meld with the gameplay for an experience players won’t soon forget, even as they move onto their next adventures.