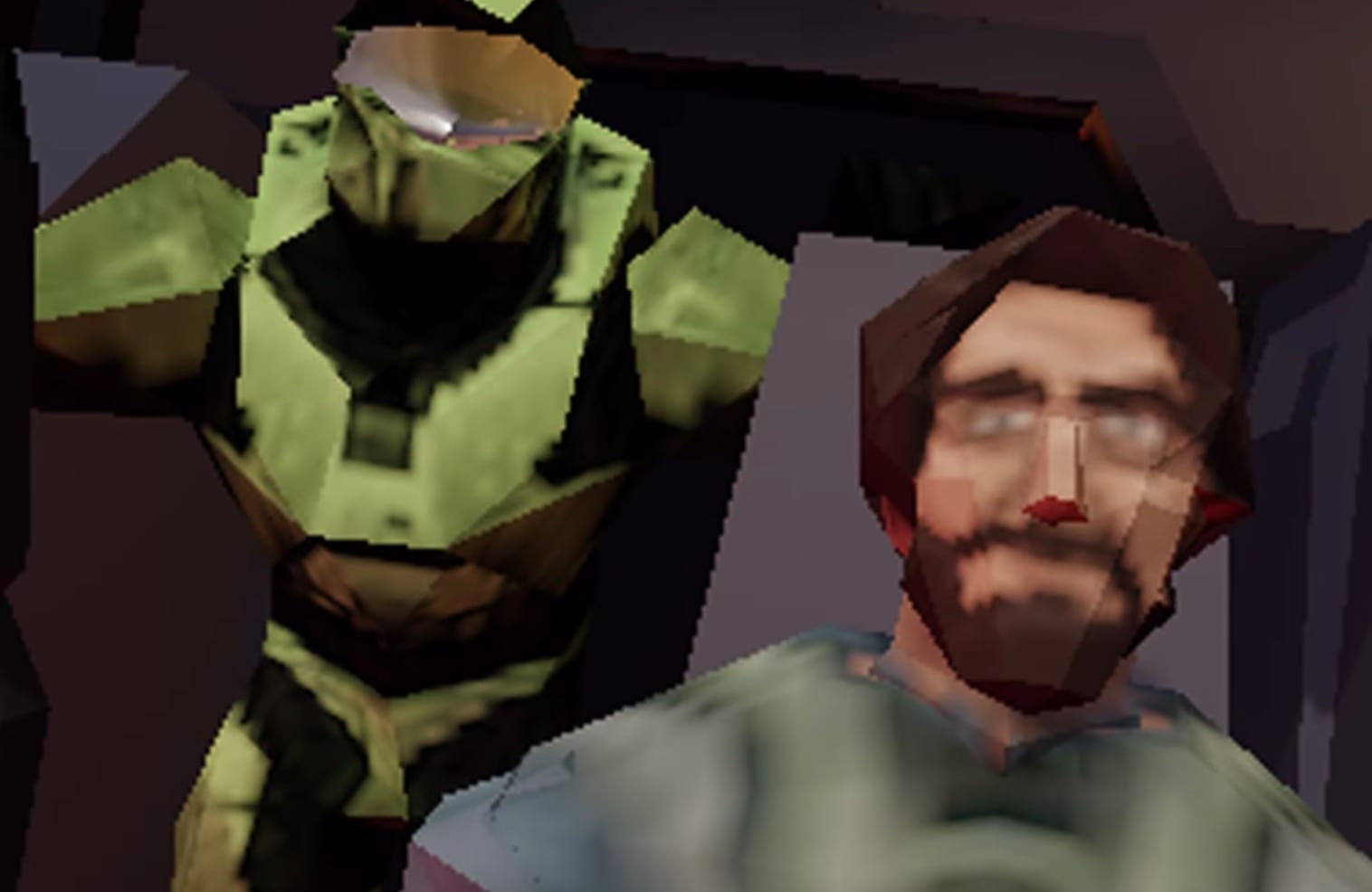 Microsoft’s first gameplay showcase for Halo Infinite the other week wasn’t the most adored reveal from the presentation, but most agreed that it definitely looked like a Halo game.

A lot of people on the internet even made fun of the anticipated gameplay reveal with memes and jokes that ridiculed the lackluster graphical fidelity of Halo Infinite.

I would never say that the graphics of Halo Infinite are on par with the Nintendo 64’s but a YouTuber has created a trailer that gives us a small glimpse of what that would’ve been like.

The video replicates the gameplay that was shown during the Xbox Games Showcase, with the intro cutscene and all. But then things get a little weird once Master Chief ends up finding a Power Star from Super Mario 64. Just watch it for yourself and you’ll understand:

For more of Hoolopee‘s fine work, you can check out this awesome PS1 recreation of a Death Stranding trailer.

Halo Infinite will launch later this year for Xbox Series X, Xbox One, and PC. With the first-person shooter being an exclusive, first-party Microsoft title, the game will also come to Xbox Game Pass on day one.

It was also recently announced that Halo Infinite’s multiplayer mode will be free to play and will support 120 frames-per-second on the Xbox Series X.