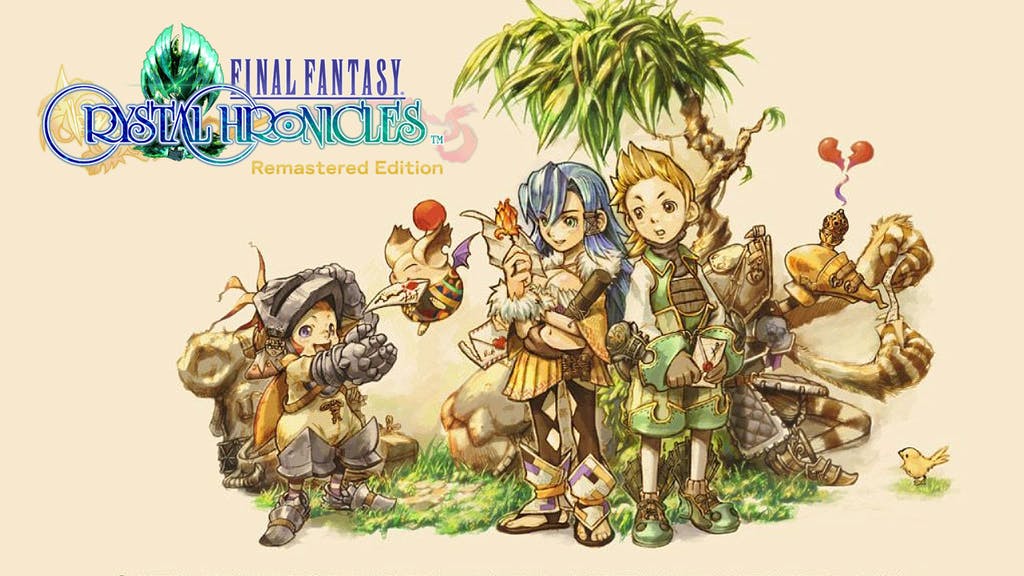 “A Final Fantasy-themed dungeon crawler with online multiplayer? Sign me up!” At least, those were my thoughts when the news first broke that Square Enix was remastering Final Fantasy Crystal Chronicles for the Switch and PS4. After spending a considerable amount of time with the game, I can safely say that unless you harbor a deep sense of nostalgia for Crystal Chronicles, you’re probably gonna wanna give this one a pass.

The setup is simple: the world is slowly being consumed by miasma, and to fend it off, you need to collect a resource called myrrh from dungeons all over the world to protect your village from it. To that end, your caravan of merry travelers has been entrusted with a chalice used to hold the myrrh, and you’ll need to battle terrifying enemies to collect it and bring it back safely.

Right off the bat, Final Fantasy Crystal Chronicles already feels like a relic of its time, except slightly worse than what it was on the GameCube. With the Remastered Edition, online multiplayer is pretty much the only form of co-op play you’ll get with this game, and while that sounds good on paper, in practice it quickly proves to become a hindrance.

While I’ve never played the original game myself, I’d heard all about the local co-op fun that Crystal Chronicles offered. You could have a caravan with up to eight characters, and your friends could play alongside you and control any of your created characters to level them up.

With the Remastered Edition, there’s no local co-op to speak of, and online players can’t control any of your caravan characters. This means that if you want to level up multiple characters, you’re going to have to do so individually and manually –by taking them through the same dungeons you already cleared on your ‘main.’ This is rough.

It’s not entirely mandatory for you to level up multiple characters, but considering every character type has a different family background or trade that they can specialize in, leveling them up gives you the added benefit of unlocking new gear and shop items when you visit villages. Having to grind through past dungeons for multiple characters is a serious chore, and also an endeavor that I quickly gave up on a few hours into the game.

It’s a shame, too, especially since the leveling system in Final Fantasy Crystal Chronicles is actually pretty fascinating. Instead of gaining experience and levels, you discover artifacts as you explore a dungeon. And at the end of a dungeon, you get to choose one of the artifacts to keep. These can give you permanent stat boosts, like increased health or increased strength, and it’s always exciting to see what you unlock at the end of a run.

See, maybe I wouldn’t have minded grinding through past dungeons on new characters if the gameplay itself wasn’t so rote and boring. While it is possible to unlock new magic spells and skills, the basic combat loop for all enemy encounters remains largely the same.

You’ll run around and dodge melee attacks or projectiles, then run in for a few hits, and repeat until the enemy dies. When you’re in a boss fight, you’ll clear out the minions first, then hit the boss till it dies. There isn’t quite enough skill variety here to keep things from feeling stale, and you really start to feel just how long this game is by the time you’re on your third or fourth dungeon, and that’s not a great sign.

At least there’s online multiplayer so you can still have fun with your friends, right? Well, yes and no. Even the online multiplayer comes with a couple of caveats. First, it features cross-play functionality, which is nice. Second, players can download a lite version of the game for free and play through all dungeons with friends who do own the full game. That’s nice.

However, it’s important to note that only the host gets any story progress when you complete a dungeon in multiplayer. Joining players get to keep gear and artifacts that they discover, but when you return to your own game, you’ll still have to complete that same dungeon you just beat with the host in order to progress. And like I mentioned earlier, without a way to have players take control of other characters in your caravan, Final Fantasy Crystal Chronicles somehow feels like a far lonelier game than what I imagined it to be back on the GameCube.

Local co-op would’ve been nice. Even without local co-op, some way for players to all be part of the same caravan instead of having separate ones would’ve gone a long way as well. If not, all caravan characters should level up together as you complete dungeons as a solo player. Anything to make the game feel less like a solo grind would’ve been welcome.

After beating the game, you’ll also unlock brand new dungeons exclusive to the Remastered Edition. Except… they’re not really entirely brand new. They’re mostly new game plus versions of existing dungeons in the base game, but with stronger enemies and presumably better loot. It’s… fine, but I’m not particularly inclined to grind through these dungeons all over again when the combat itself isn’t engaging enough.

It’s certainly a shame, because Final Fantasy Crystal Chronicles is an absolutely beautiful game. The art style is timeless, the character models are visually pleasing to look at, and the music… well, it’s Final Fantasy. Of course the music’s great.

After seriously struggling to see this one through to the end, I have a hard time determining exactly who this game is for. It’s certainly not for the newcomers; with plenty of polished dungeon crawlers already available on the market (the lovely Minecraft Dungeons comes to mind), why would you spend time and money on a clunky game that offers nothing new?

Is it really just for the nostalgic fans then? Perhaps, but for every improvement it offers, the Remastered Edition also takes some serious steps backwards that I can’t imagine longtime fans enjoying this one for too long either. Final Fantasy Crystal Chronicles is a game that I hoped to love, but with all of its shortcomings in the Remastered Edition, maybe some things are just better left in the past.