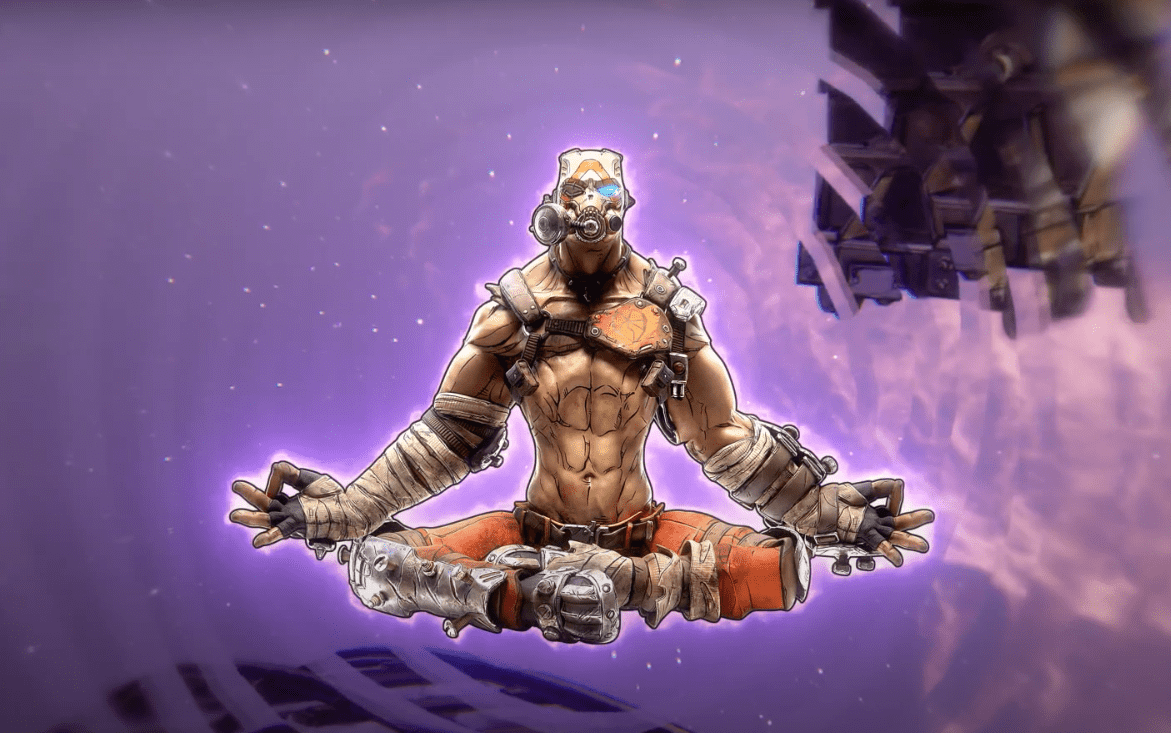 Borderlands 3’s fourth DLC pack is nearly ready to be unveiled, and Gearbox Software has released a teaser to hype up fans for the occasion.

In a post to Twitter made on Aug. 20, the company released a brief and enigmatic teaser for the game’s fourth story expansion. In it, the Psycho turned Vault Hunter Krieg can be seen in a meditative state. He appears to be floating, surrounded by a serene space of calming colors and silence.

Or at least, he is until his proclivity toward madness starts to seep in. The calming space shatters and fractures into jagged shapes at random intervals, with bits and pieces of what may be memories surrounding him. As this starts to happen faster and faster, Krieg’s crazier side lets out an exclamation of “Perfect!”, giving the impression that he may have found some sort of balance between his crazy and serene sides.

From there, the teaser reveals that Borderlands 3’s fourth DLC pack will get a full reveal on Aug. 25, though little else in terms of specifics are provided.

At the very least, it’s an interesting glimpse into the state of a fan-favorite character from the series. Fans will definitely want to check out the full teaser down below.

The teaser marks the first bit of news to come out about Borderlands 3’s next DLC pack in quite a while, with the last bit of information having been unveiled back in May. During the unveiling event for the third DLC pack, Bounty of Blood, Gearbox revealed that the fourth pack would focus on Krieg and provided some concept art to give fans an idea of what his latest escapades would entail.

More on that can be found here.

Borderlands 3 is currently available on PlayStation 4, Xbox One and PC. For more on the game, check out our coverage of the recently released soundtrack for its Bounty of Blood DLC pack.