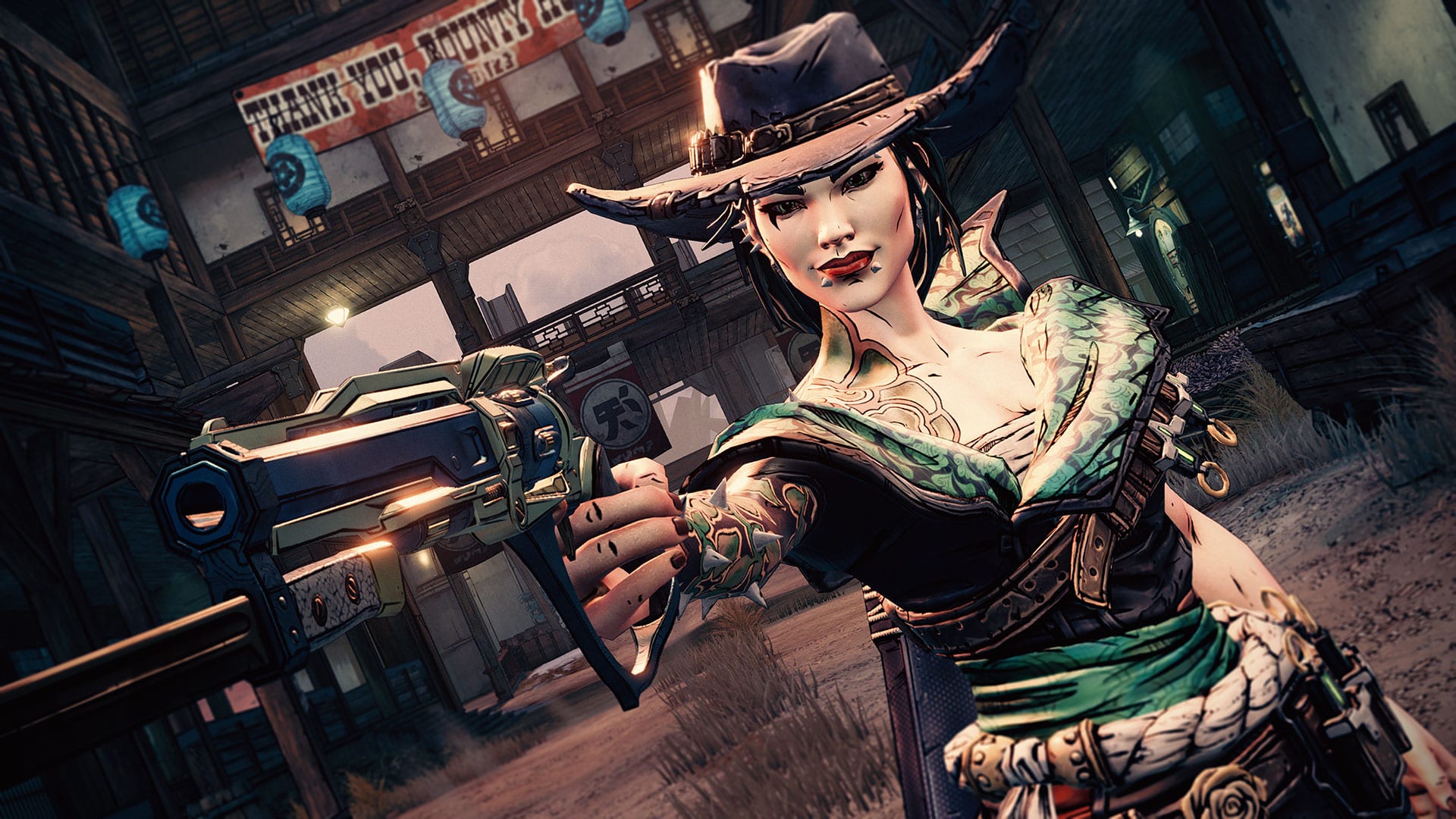 Gearbox Software’s latest Borderlands Show was packed with teasers and reveals, not least of which being info on Borderlands 3’s next DLC expansion Bounty of Blood and its next Takedown event.

During the livestream event held on May 21, Gearbox revealed that the next expansion – titled Bounty of Blood: A Fistful of Redemption – would see players embark on a western frontier-style adventure.

After years of being terrorized by the Devil Riders gang, the sheriff of the remote town of Vestige has put out the call for help; which, of course, comes with the promise of some great loot.

To that end, the Vault Hunters travel out to the far off planet of Gehenna and are made impromptu bounty hunters. With their newfound rank, they’ll be able to track down dangerous criminals, build Vestige up to its full potential and explore the planet’s dusty wastes aboard the new Jetbeast vehicles.

No trailer has been released for the game as of yet, but one is likely to drop before the expansion’s release on all platforms on June 25.

The show also saw a teaser image revealed for Borderlands 3’s fourth DLC pack. In it, Borderlands 2’s Krieg can be seen surrounded by a blend of colors, random objects and other chaos. Other than that, little else was said other than that the DLC is currently in development.

Rounding out the reveals was the next Takedown event, titled Takedown at the Guardian Breach. Like the Maliwan Takedown, the event will be free of charge and provide an endgame challenge meant for those with maxed out levels and gear.

The event goes live on June 4 on all platforms, and will be available for play until the foreseeable future. More info on the event can be found here.

Borderlands 3 is currently available on PlayStation 4, Xbox One and PC. For more on the game, check out our review of the base game from its initial release last year.