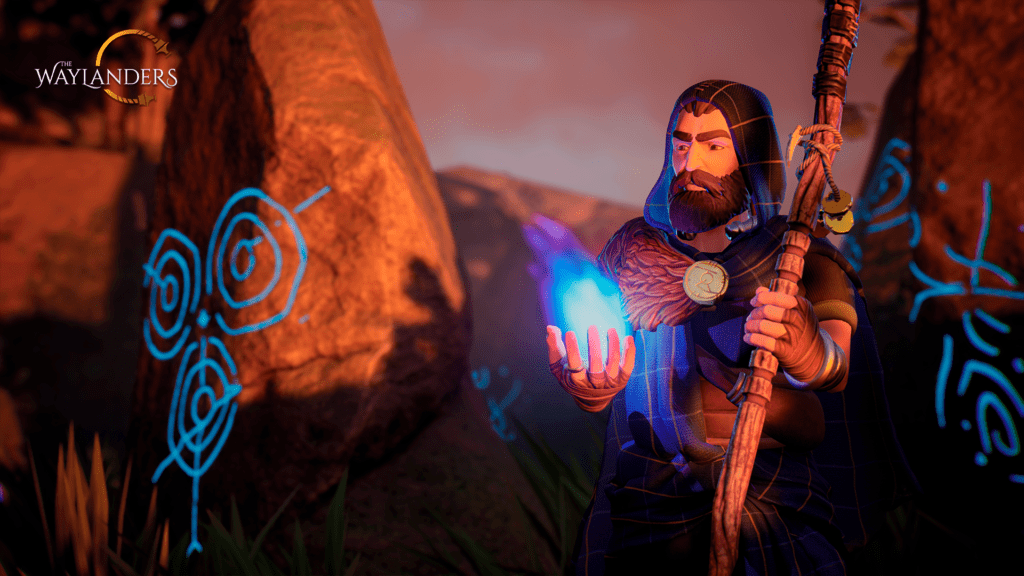 Ever since its captivating cinematic reveal back at Gamescom 2019, The Waylanders has been firmly on my radar. More than just piquing my interest as a spiritual successor to old-school Dragon Age, I find its setting and premise totally captivating. Precious few games have explored Celtic culture, and even less from the Spanish side of its folklore and mythology.

Gato Salvaje, a studio based in A Coruña, has been busily at work developing exactly that — The Waylanders is a loving ode to both the cultural traditions of northwestern Spain and the origins of a beloved RPG sub-genre.

Making its narrative offering all the more appealing is the caliber of the writing talent behind the script. The Waylanders is being written by an experienced team comprised of Emily Grace Buck (TellTale) and former members of BioWare.

Set across two different dimensions, The Waylanders’ full release will feature a story that sees players travel between Galicia under both Celtic and Christian Medieval eras. For now, though, it’s just the Celtic side of things during 10-12 hours of story content available as part of an Early Access build that launched last month.

However, the combat and role-playing mechanics are more or less fully realized. As you’d expect from a game inspired by Dragon Age and having been created by a team comprised of several former BioWare developers, The Waylanders’ gameplay is designed around a party-based, real-time combat system with the ability to pause the action and issue commands.

Further adding to the strategy, players are able to combine characters into a single unit at the press of a button. The formation then has a single health bar, with each offering a different perk depending on who’s selected as a leader.

It sounds wonderful on paper, but in practice, The Waylanders is a little cumbersome to control both in and out of combat. Movement is clunky and executing spells and attacks aren’t snappy in a way that makes them particularly satisfying.

When you combine that with stiff, simplistic animations that don’t really portray any weight to the action, it doesn’t make for a gameplay experience that really draws you in off the bat.

Overall, it’s missing that punch to inspire you to knuckle down and really learn The Waylanders’ systems, to concentrate on involving yourself in the minutia of its role-playing systems.

None of this is helped by the fact that it’s missing polish in its tutorial systems, UI, and other facets that would otherwise do a better job not only easing you in but encouraging you to experiment.

To Gato Saljave’s credit, the studio is totally upfront about The Waylanders’ lack of polish. This is an alpha build, and its patchy performance and missing features are all clearly telegraphed. Unfortunately, that doesn’t really make it any less frustrating to play.

As for its narrative offering, the lore and worldbuilding are as fascinating as I’d hoped they would be. The various gods and races and creatures rooted in Celtic culture are so wonderfully unusual, and it’s that unfamiliarity that makes the motives of its characters less predictable and altogether more interesting than the usual fantasy tropes.

But the story and characters aren’t doing quite enough to make up for the gameplay shortcomings yet. The writing shows flashes of quality, and the early stages of the plot tee up interesting possibilities, but because the whole package is so early in development, each scene feels somewhat disparate from the other, patched together vaguely rather than presenting a cohesive story. It hasn’t grabbed me in the way the prospect of premise and setting did.

It pains me to be down on a game I’d been so keenly looking forward to trying, but I have to be honest in saying that I have a hard time recommending The Waylanders at the moment.

Still, as a foundation, there’s plenty here that still has me excited for what’s to come moving forward. Gato has a clear roadmap of updates and new content it wants to add to the game (two were released during my time with it), and I still have confidence in the team to realize their lofty ambitions with this project.

The core appeal of a Dragon Age-inspired RPG based in Celtic mythology remains intact for me despite not enjoying the actual practice of playing it, and that’s mostly because for all its shortcomings I can still detect Gato’s commitment to doing it justice. It feels like a passion project, and I look forward to the game playing in a way that inspires me to immerse myself in its colorful world after more polish is added.

Ultimately, the value in paying $35 for The Waylanders right now is in supporting the developers to that end. It’s your feedback that will help shape the game’s future, and I think for many the opportunity to be involved in that creative process is likely to be appealing. Personally, though, I’ll check back in when it’s had more time in the oven.

The Waylanders is available in Steam Early Access, and a GOG Games in Development version was also announced earlier this week.