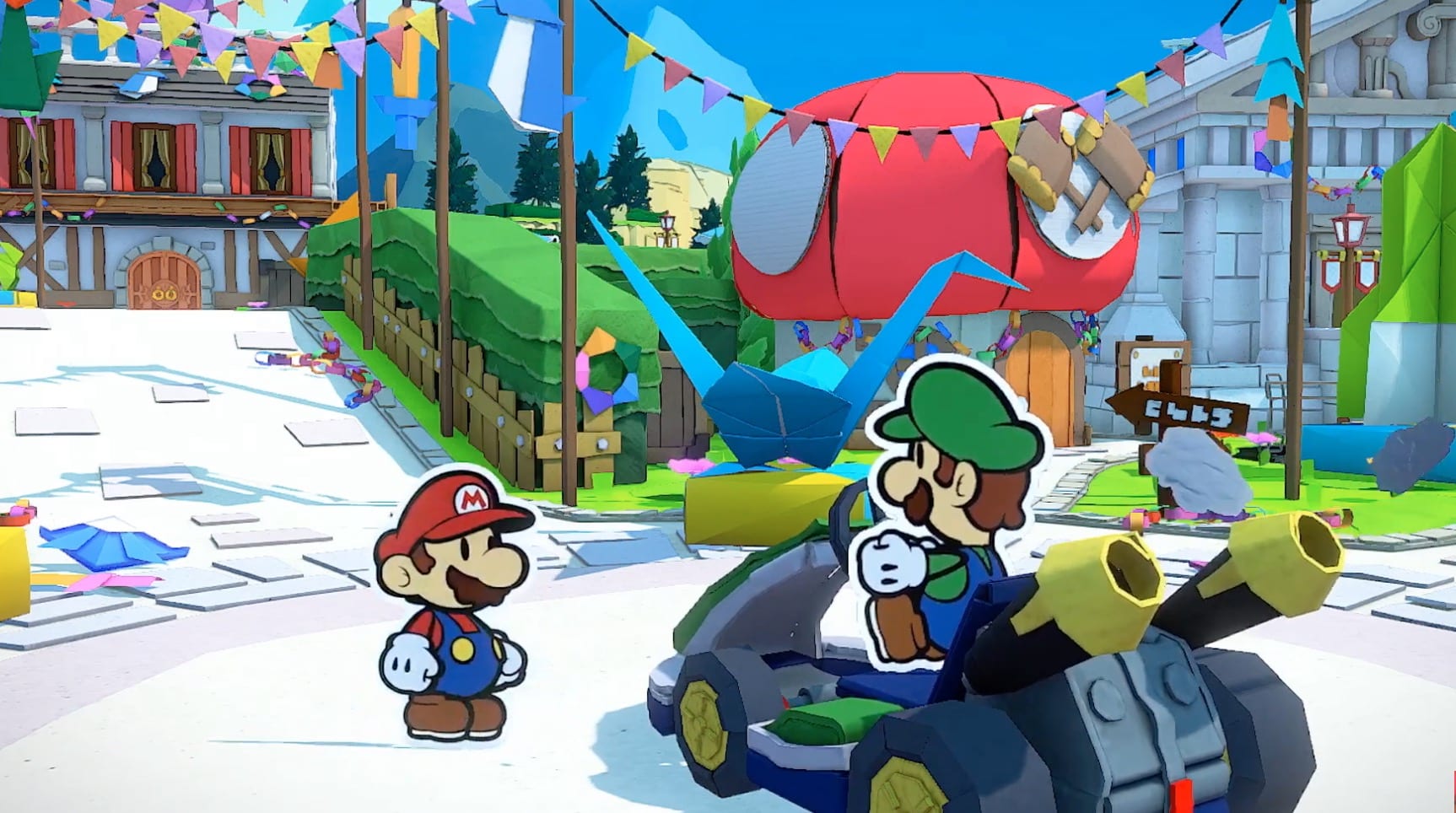 During a livestreamed Nintendo Treehouse Live event this week, the Japanese company shared some new footage for the upcoming Switch exclusive, Paper Mario: The Origami King.

The gameplay that was showcased seems to be the earlier portions of the game, introducing us to the main villain of the plot, King Olly. Olly has kidnapped and brainwashed Princess Peach and has also folded up Bowser’s minions into paper origami figures.

While exploring the overworld, you will see holes in the ground that will prevent you from accessing certain areas or question blocks, but Mario can fill up the hole by using confetti that players can acquire by interacting with objects found in the environment, like hitting flowers with a hammer.

We also get to see some of the combat of The Origami King, which works more like a puzzle than your typical RPG combat. The battles are timed, but you can spend coins to increase the timer and you can also call in Toads to help you defeat Bowser’s Olly’s minions.

You can watch the entire presentation down below to get a better taste of what to expect once the game launches next week:

Paper Mario: The Origami King is set to launch for the Nintendo Switch as an exclusive title on July 17, the same day as Ghost of Tsushima, coincidentally.