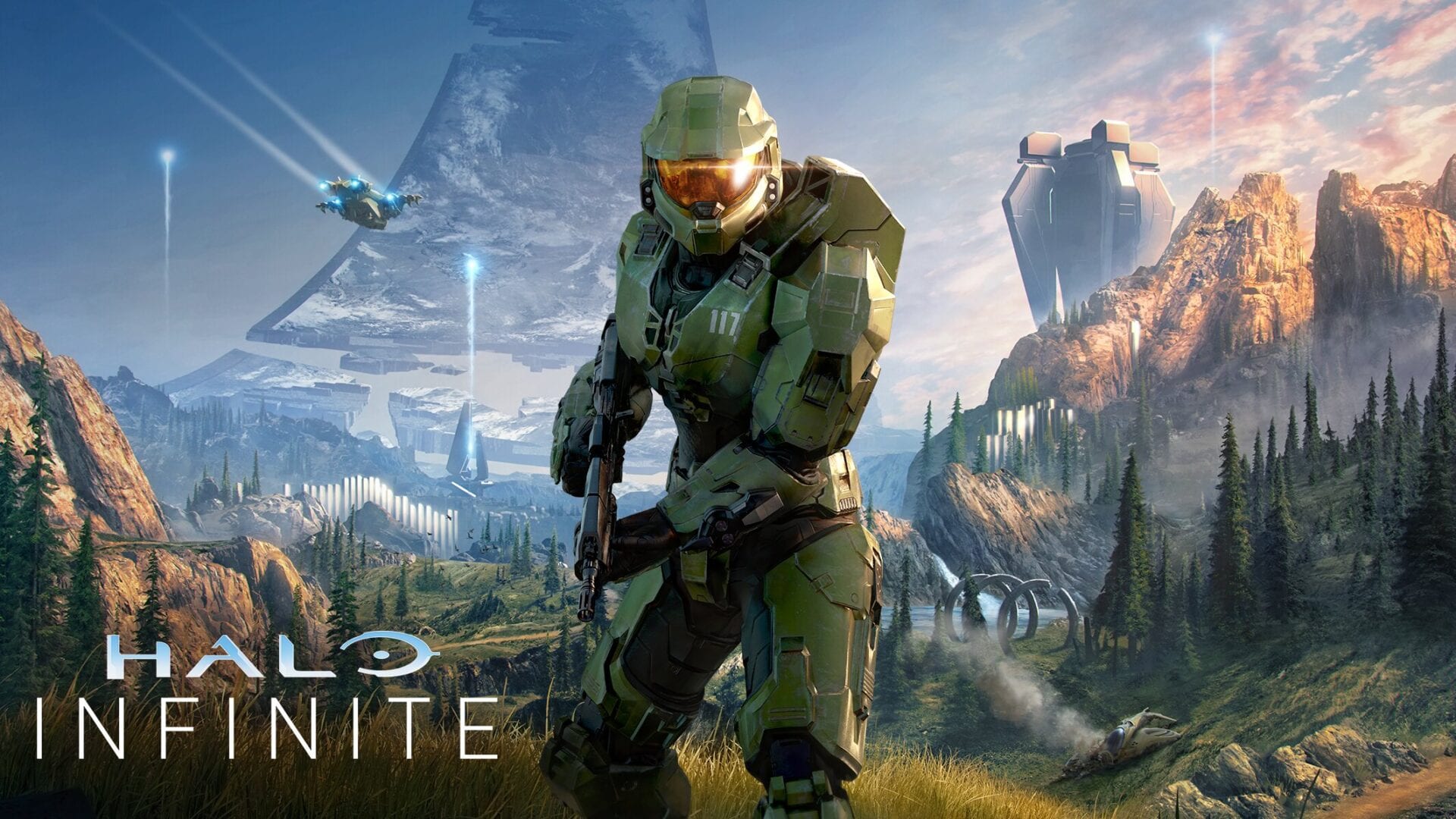 Ahead of the Xbox Games Showcase tomorrow, Xbox has revealed the final Halo Infinite box art and it has clearly been inspired by Combat Evolved’s.

You can see the confirmed box art below but there are various sizes of it to check out over at Halowaypoint.

There are a few interesting things that you can see in the box art too. First of all, it shares a lot of similarites with the box art of the original Halo, Combat Evolved.

Master Chief is looking forward, the futuristic tower is in a simliar place to where it is in the original image, and aircraft are flying around behind in the same places.

The Halo Infinite cover isn’t just a recreation of the original, but it’s clearly inspired by it. You can see them side by side below.

The other interesting element is the possible confirmation of grappling hooks being included in the game. Rumors have been circling over the last few days, as the first gameplay reveal approaches, but you can see what looks like one on Chief’s left arm on the new box art.

When we get our first deep look at the headlining launch game at the Xbox Games Showcase, maybe we’ll see more on the grappling hook.

The Xbox Games Showcase will be live from 12pm ET on July 23 and Halo Infinite will play a big part in it.