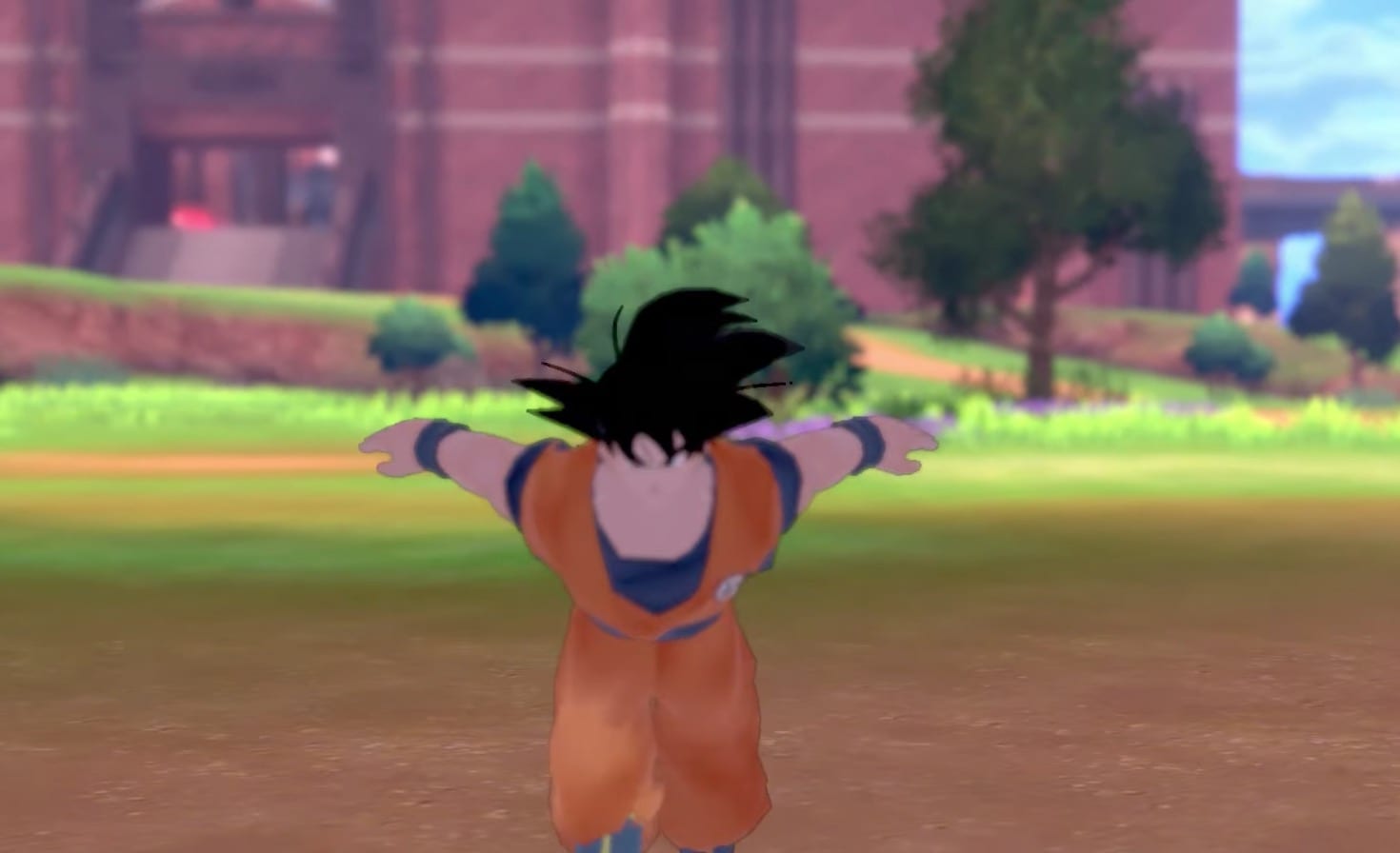 Some Super Smash Bros. fans have been wanting Goku from Dragon Ball Z to become part of the fighter’s pass as a DLC character and while that will probably never happen, I have the next best thing for you: Goku in Pokemon.

This mod that was uploaded by SunSpirit on Gamebanana places a Goku skin over Lucario (gross) and if you have a shiny Lucario, the skin will be replaced by Goku but in his Super Saiyan form, with yellow hair and all.

Down the road, the modder plans on replacing Lucario’s pre-evolution, Riolu, with Kid Goku and also have Goku Gigantamax into Autonomous Ultra Instinct Goku that was featured in Dragon Ball Super.

You can check out the mod in action down below via BeardBear, a YouTuber who specializes in guides, walkthroughs, and Let’s Plays for Nintendo games.

We get to see Goku “Naruto-running” across the Pokemon campsite and if you keep watching, you’ll learn that Goku really loves attention.

If you thought this Pokemon Sword and Shield mod was cool, then make sure to check out this one that brings the moon from The Legend of Zelda: Majora’s Mask into the game.

You can also read our review of Pokemon Sword and Shield and a second review on the newly released Isle of Armor expansion.