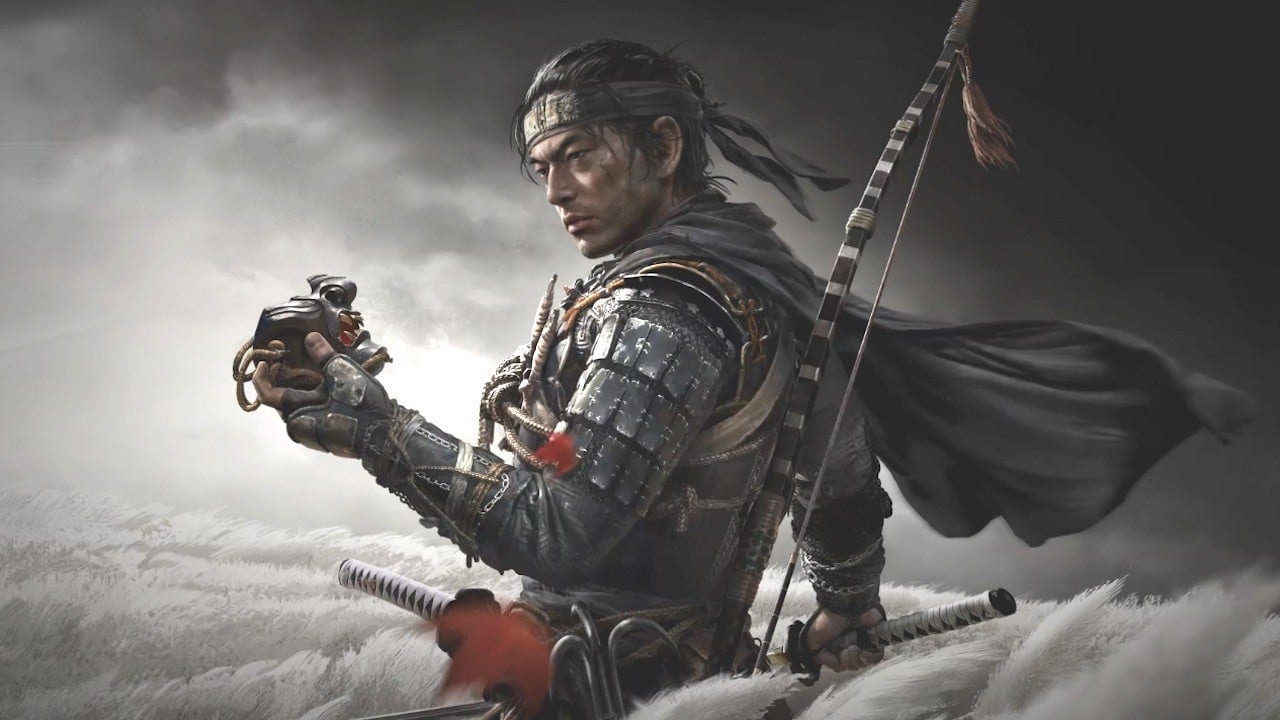 Ghost of Tsushima‘s developer Sucker Punch Productions has plenty of notable franchises under its belt, so its little surprise there are easter eggs referencing said franchises in their newest game. Tracking them down can be a challenge though, which is why we’re here to walk you through how to get the Sly Cooper armor Easter egg in Ghost of Tsushima.

There are a total of five pieces of gear needed to unlock the Sly Cooper Easter egg in Ghost of Tsushima, and they’re fairly spread out. Not only that, but you’ll need to have reached the third act of the game in order to access the majority of them.

We’ve laid out the locations of each down below to help speed up the process, and we’ll be adding screenshots of their locations on the world map once we have them in the near future.

Where to Find the Sly Tanuki Sword Set

The first piece of gear you can nab is the Sly Tanuki Sword Set, which provides you with a sword whose scabbard is a giant raccoon tail.

To get it, head to the Pillar of Honor found in the southeast corner of the third region. It’ll be at the end of a narrow strip of land to the east of Iowa village.

As you approach the marker for the Pillar, you’ll need to platform your way up and through some rocky terrain as well as tightrope walk your way over some gaps. Fortunately, its fairly easy to accomplish, and once you do the sword set can be found propped up on the Pillar.

Where to Find the Crooked Kama Headband in Ghost of Tsushima

The next piece of gear, dubbed the Crooked Kama Headband, is at Jogaku Temple; or, more specifically, on top of it.

Throw your grappling hook and ascend to the next level. Then, leap off of the corner of this level to grapple to the next level. Rinse and repeat until you reach the top of the building, and then look for a sword planted in the rooftop spire which you can examine to get the headband.

Where to Find the Thief’s Wrap

The third piece of Ghost of Tsushima’s Sly Cooper armor set is the Thief’s Wrap, and it’s one of the easiest to obtain.

As you progress through the main story, check back in on the gift alter. During the third act of the game, it’ll be one of the gifts you can receive free of charge.

Where to Find the Gosaku Armor in Ghost of Tsushima

Directly after it, though, is the hardest piece to obtain: The Gosaku Armor, which can only be obtained by completing the Mythic Tale wherein you liberate six different farmstead villages throughout the region and receive keys from the grateful townsfolk.

These locations will be available after completing the second act of the game, so you may have come across them accidentally and already obtained a key or two.

To start the Tale, head south from Akashima Village in the Toyotama region. You should come across a small bunch of townsfolk camping out in the ruins of a village, one of which is a musician resting at a campfire. Speak to him, and then he’ll direct you to some mysterious sealed stone doors in the nearby mountains.

As stated above, you’ll need to liberate each town from the invaders occupying them to receive their keys. Once you’ve collected all of the keys, he’d back to the tomb and deal with the invaders there. Once they’re dispatched, open the stone doors and you’ll find a path leading further up the mountain.

Proceed forward and platform your way to the top of the mountain. At its peak, you’ll find a shrine with a box containing the armor.

Where to Find the Ocean Guardian Armor Dye

The last piece of gear you’ll need to get the Sly Cooper Set in Ghost of Tsushima is the Ocean Guardian armor dye, and it’s fairly easy to obtain.

First head to the Umugi Cove found to the west of Akashima, Once there, look for a merchant who you can buy a variety of wares from. One of these wares will be the Ocean Guardian dye.

Purchase it, and then apply the dye to your gear While every other piece of gear is equipped for the full effect.

As for what collecting the full set of Sly Cooper gear in Ghost of Tsushima gets you, the rewards vary.

In addition to unlocking the Cooper Clan Cosplay trophy, doing so will also net you armor that provides some great buffs to your health and stagger capabilities.

Likewise, the Tanuki Sword Set will remain viable for a large portion of the game, if not for the entire experience if you like it enough to keep it equipped that long.

That’s all there is to know about how to get the Sly Cooper armor Easter egg in Ghost of Tsushima. For more on the game, check out our guide wiki. It has plenty of other helpful guides on topics like how to get the All in the Wrist trophy and how to get Ghost Armor.