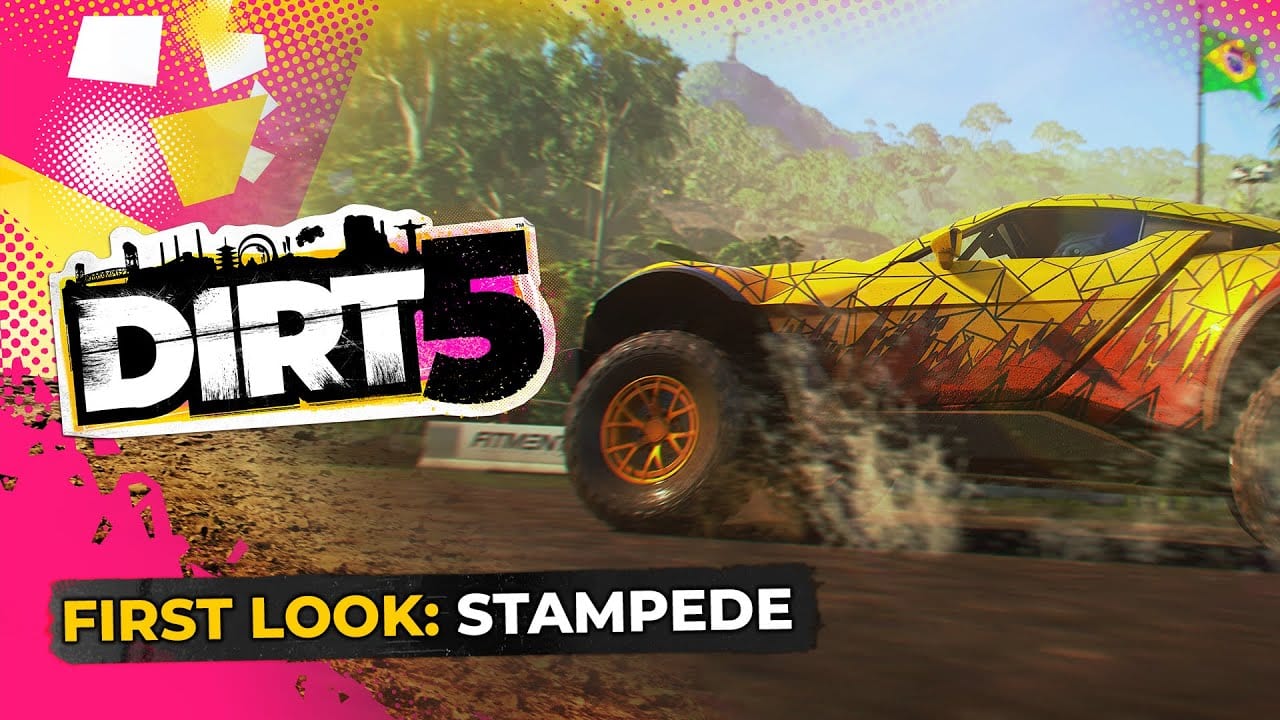 The next chapter in Codemasters’ esteemed off-road racing franchise looks impressive in a new gameplay trailer released today. Dirt 5 is set to feature a new Stampede game mode, which is the focus for today’s clip.

Stampede events are a Rallycross time trial of sorts, set between the iconic Arizona buttes.

Hard, unforgiving natural landscapes, built for rough-and-ready machines with suspension and shock absorbers galore, Stampede circuits are set to offer an extreme challenge. Up to 12 cars will be able to compete in these extreme events.

Taking on the rough terrain in the Jimco Unlimited Truck, the new gameplay also shows DIRT 5’s dynamic weather system at work, with an incoming lightning storm transforming the terrain and skyline.

Codemasters detailed Dirt 5’s career mode back in June, when we learned that it’s set to feature five chapters with over 130 events. Each chapter offers multiple paths to various events, and players will earn “Stamps” by completing these events that are necessary to unlock the final challenge, the “Main Event,” and proceed to the next chapter.

Twinfinite reviewed Dirt 4 back in 2017 and was thoroughly impressed, scoring the game 4.5/5 and concluding:

“Dirt 4 manages what very few racing games do. It’s driving is challenging yet accessible, and it pairs this with an almost endless amount of content. The career mode is robust, and the stages are varied and beautifully designed, but the ability to create your own unique tracks using Your Stage is what sets Codemasters’ game apart from every other rally game that has come before.”

Dirt 5 will launch for PS4, Xbox One, and PC later this year, Oct. 9. A free upgrade to next-generation hardware is available for those who get on board early.