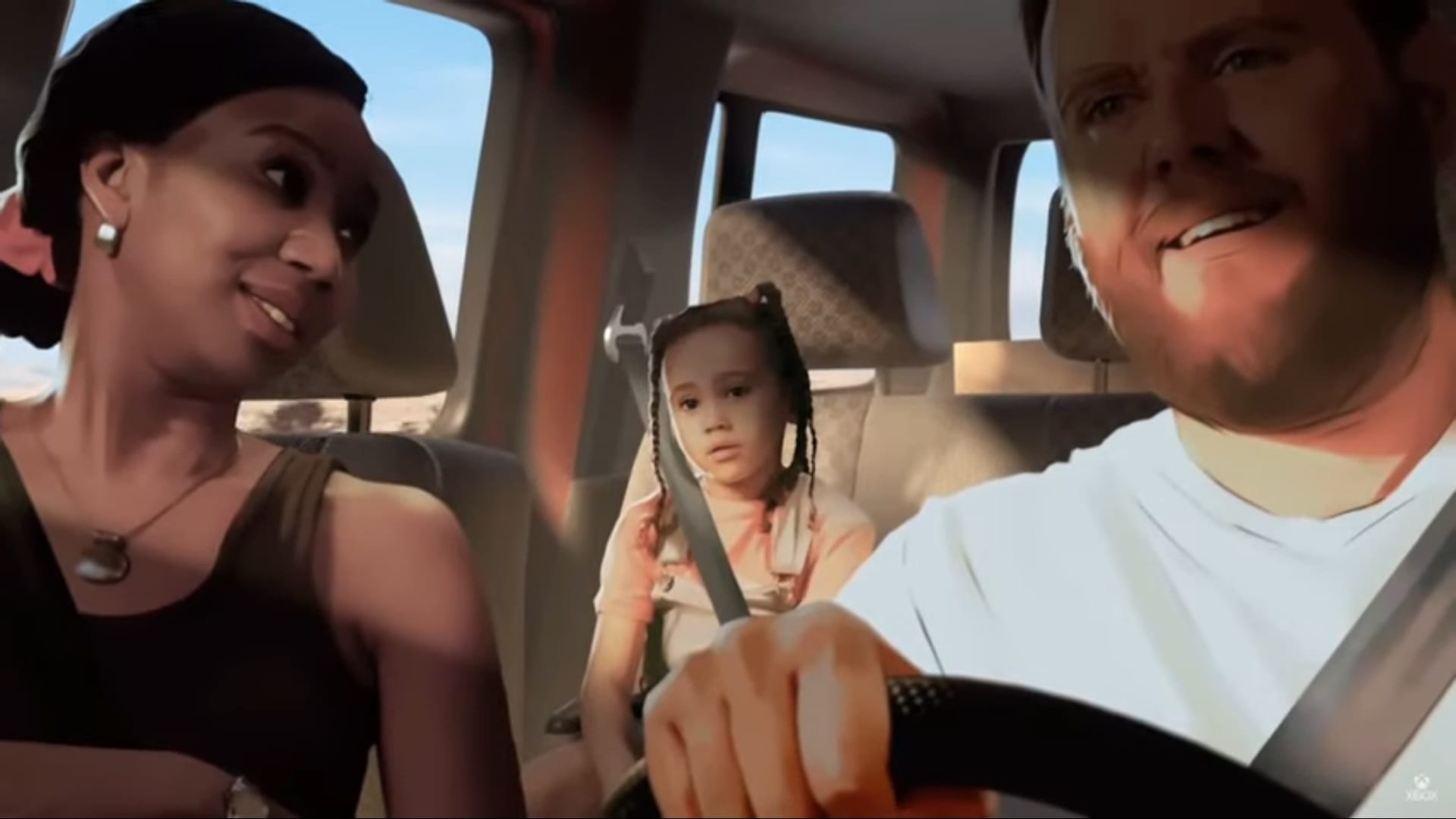 As Dusk Falls, premiered during the Xbox Games Showcase, doesn’t give much information outside of it being an “original interactive drama”. It will be coming to the Xbox Series X.

The visuals for As Dusk Falls follow the technique of rotoscoping, which as defined by the Wikipedia page, “is an animation technique that animators use to trace over motion picture footage, frame by frame, to produce realistic action.” If you have seen the movie A Scanner Darkly, you are familiar with the technique.

However, there appears to be some 3D visuals inside of the rotoscope drawn ones, so there is sure to be all sorts of strange things.

The trailer appears to be a bunch of disjointed stories that piece together in ways that are very unclear, but they seem to converge in a very emotionally charged explosion.

The story also appears to show a time skip, making it much larger than it originally appears. It’s hard to say what interactive formula this will follow, as it could be something of an FMV game where you simply react to situations, or Telltale-esque that requires movement and such.

Some of the big announcements from the showcase are the Obsidian Entertainment game Avowed, and State of Decay 3.