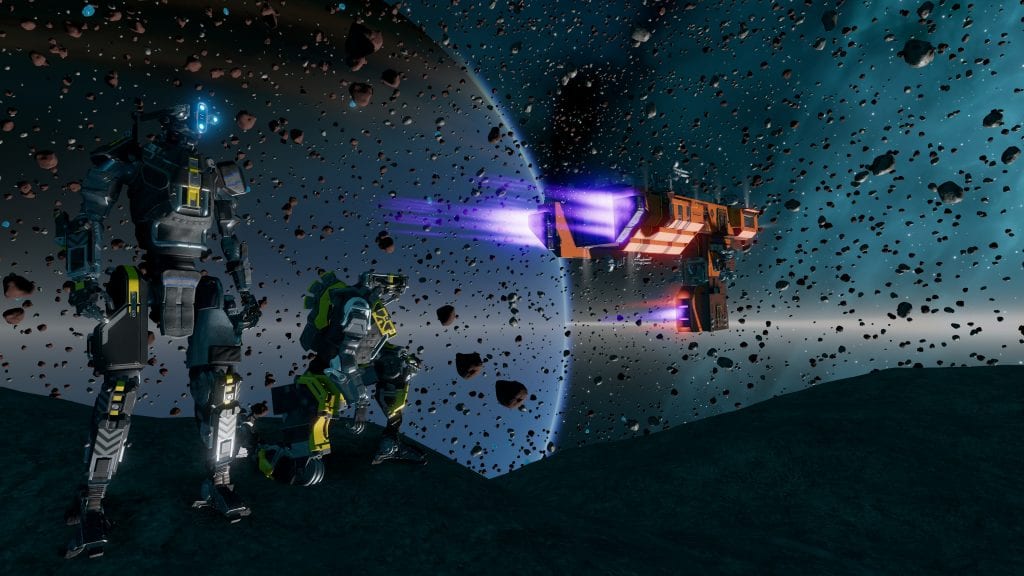 Starbase from developer Frozenbyte (Trine series, Has-Been Heroes) had gameplay shown off during The Game Awards presentation of Day of the Devs.

Starbase is a space and spacecraft MMO with creation and design mechanics. As the game is voxel-based, the comparisons to Minecraft are unavoidable, and that seems to blend perfectly with some of a similarity to No Man’s Sky.

The destruction is heavy as you see someone in their ship as it gets hits by an explosion and blows out one of the walls. But it seems that is a handy ship bay station that you can return to when you need to fix up your ship.

It is shown you can work with “thruster and generator values” in an effort to keep your ship sailing through space, so it’s a safe bet that ship creation is rather robust.

The devs mentioned there is a goal to Starbase, and players will have to navigate to one of three moons to accomplish this objective. As the game is said to be an MMO, you will have other players to potentially worry about as you make your journey through space.

However, it doesn’t sound all bad with other players around. You can build a ship with other plays or even create a ship design and sell it to others.

You can find the segment shown off during Day of the Devs below (it originally was revealed a few games after Crash Bandicoot 4: It’s About Time and right after The Artful Escape):

For those who want more than what was seen in Day of the Devs, here is footage from the closed alpha that started only a month ago.

Anyone interested will be pleased to know that Starbase will be coming to Steam Early Access later this year.