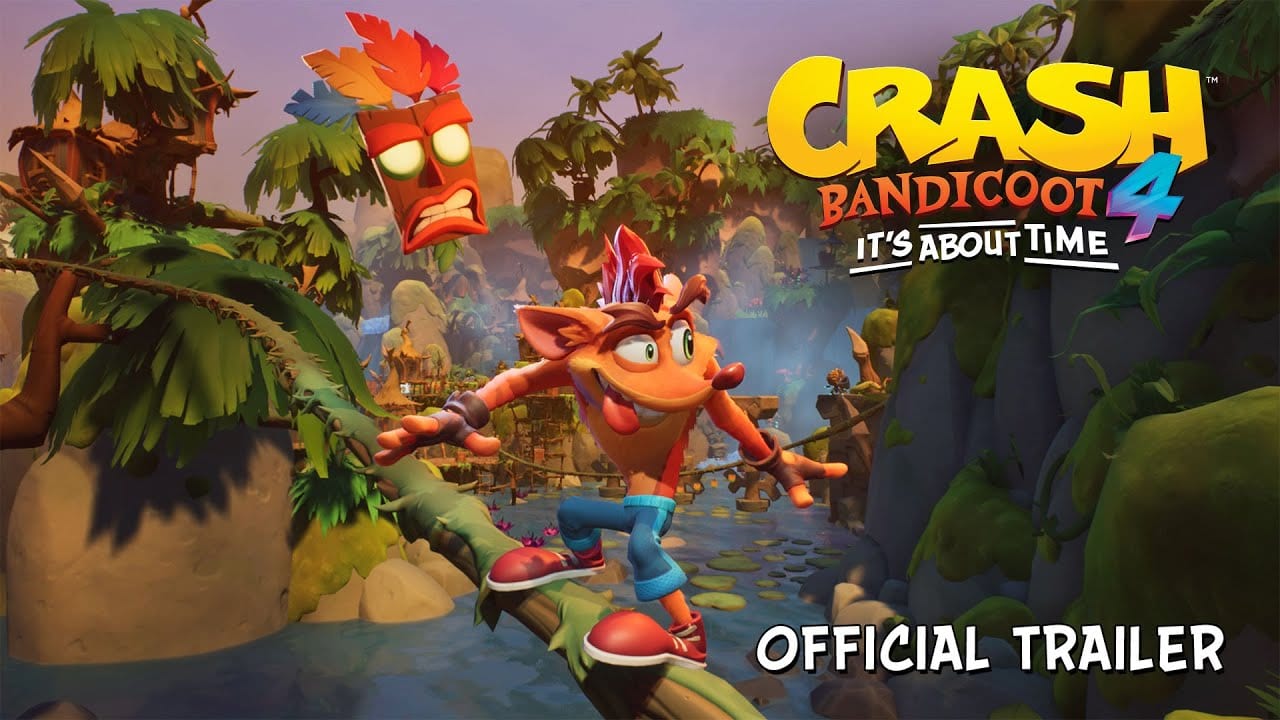 Today, during the Day of the Devs livestream by The Game Awards, Activision officially revealed Crash Bandicoot 4: it’s About Time.

The announcement was confirmed to be coming yesterday following a couple of leaks, so it’s not exactly a surprise.

This is a fully new Crash Bandicoot game built from the ground up for modern platforms.

It’s coming for PS4 and Xbox One on October 2. At the moment, no other platforms have been mentioned.

Below you can enjoy the trailer that was showcased during the event.

“Neo Cortex and N. Tropy are back at it again and launching an all-out assault on not just this universe, but the entire multiverse! Crash and Coco are here to save the day by reuniting the Four Quantum masks and bending the rules of reality.

Crash Bandicoot 4: it’s About Time is developed by the good folks at Toys for Bob, which worked on the critically acclaimed Crash Bandicoot N. Sane Trilogy and Spyro Reignited Trilogy.

The remakes have been so successful that Activision has likely decided to let Toys for Bob make its own Crash game.