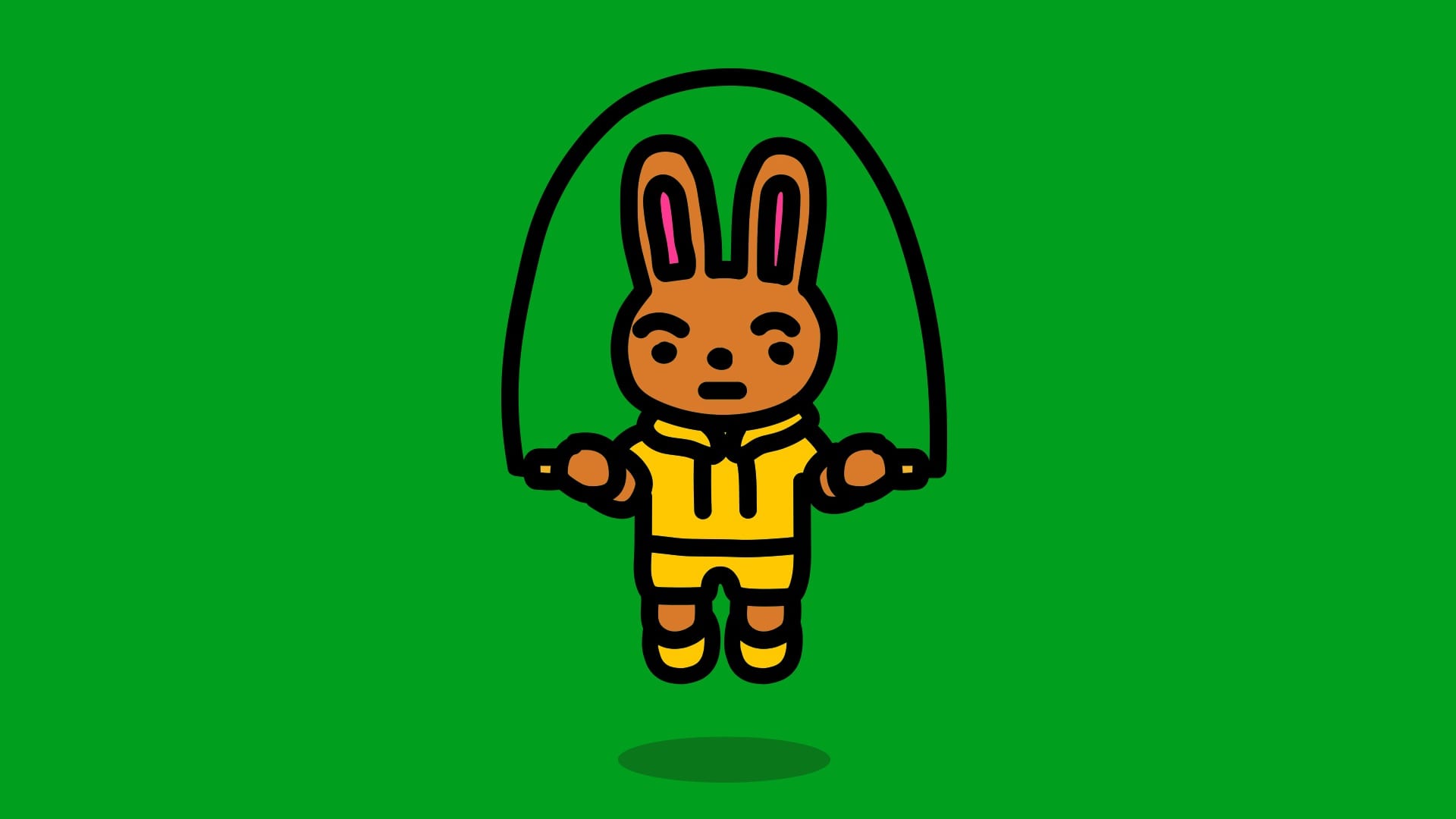 Time to get up and get active, because Nintendo just randomly dropped a new Switch game called Jump Rope Challenge, which can be downloaded for free right now.

The game’s short description boasts that you can use the Joy-Con to jump rope virtually while the on-screen counter increases with each successful hop.

A few screenshots shown on Nintendo’s website indicate that the game will keep track of how many consecutive days you’ve jumped rope, and you can set a goal between 100-900 jumps (in increments of 100) to reach for your daily challenge.

The game also lets you play with a friend, as a second player can join in with another Joy-Con controller to see who can reach the highest score.

That’s basically all there is to it. The only other “feature” is that you can change the bunny mascot’s outfit as it hops along with you on-screen.

Nintendo stated on Twitter that Jump Rope Challenge is a simple game that was created by just a few of their developers while they were working from home in Japan. Their goal was to add physical movement into their daily lives in a fun, simple way.

Jump Rope Challenge is free to download for all Nintendo Switch players. In the past, Nintendo released Tetris 99 as a free game exclusively for Nintendo Switch Online subscribers, but this time, it’s for everyone.

It won’t be free to download forever, though: the game is a limited release and will only be available until Sept. 30. After this time, it is unclear whether it will be made unavailable to download or if it will require payment.

It might not be the workout replacement you’re looking for if you haven’t been able to find a copy of Ring Fit Adventure in stock anywhere, but hey, it’s a free game.

You can find out more information about this new free game by visiting Nintendo’s website.