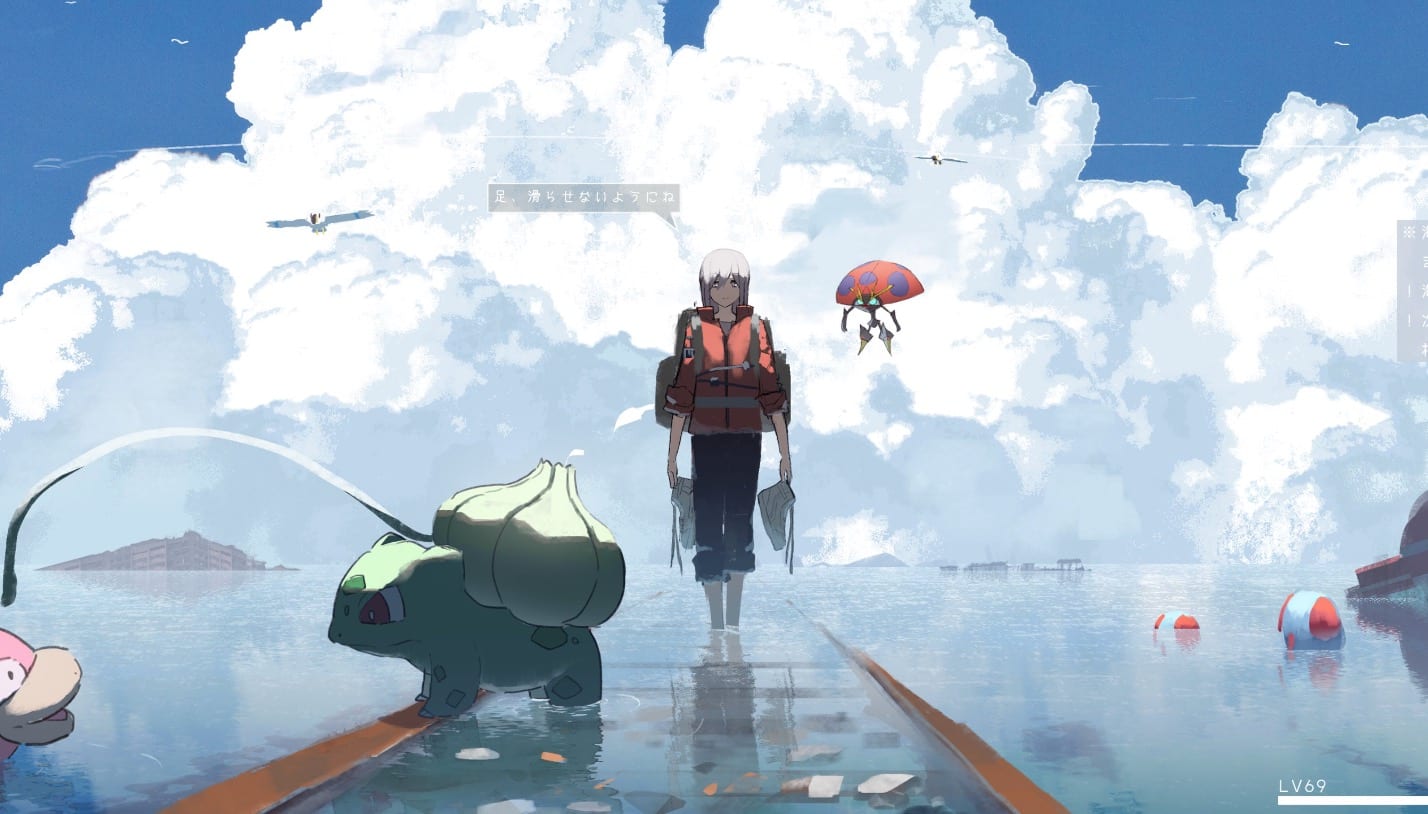 An artist that goes by Astero (@Asteroid_ill on Twitter) tweeted out several incredible images of their Pokemon fanart that has received tons of attention today. The artwork depicts a darker and more mature version of what seems to be a concept for some kind of Pokemon game.

Typically, your mainline Pokemon games that Game Freak develops are very kid-friendly and simple for anyone to jump in and try out. The stories are mostly about a kid saving the world from danger while also defeating gym leaders to eventually become the champion of the Elite Four/Pokemon League –it’s been like that since the 90s.

But these artworks from Astero paint a different picture, something that veteran Pokemon fans can possibly be attached to, like me for example.

You can see the tweet down below with the four images and feast your eyes on probably some of the most impressive Pokemon fanart you’ll ever see:

The world looks to be in a post-apocalyptic setting and the character/Pokemon models appear to be set against almost photo-realistic environments, which simply looks awesome.

Make sure to hit up Astero’s Artstation account to see a ton of more Pokemon fanart, among other things, and you can also scroll down below to see some of my favorites from their gallery –that Suicune looks real nice.

For more Pokemon-related news, make sure to check out the latest episode of Pokemon: Twilight Wings that focuses on Oleana from Sword and Shield and another video that pays homage to the classic cartoons of the 1930s.