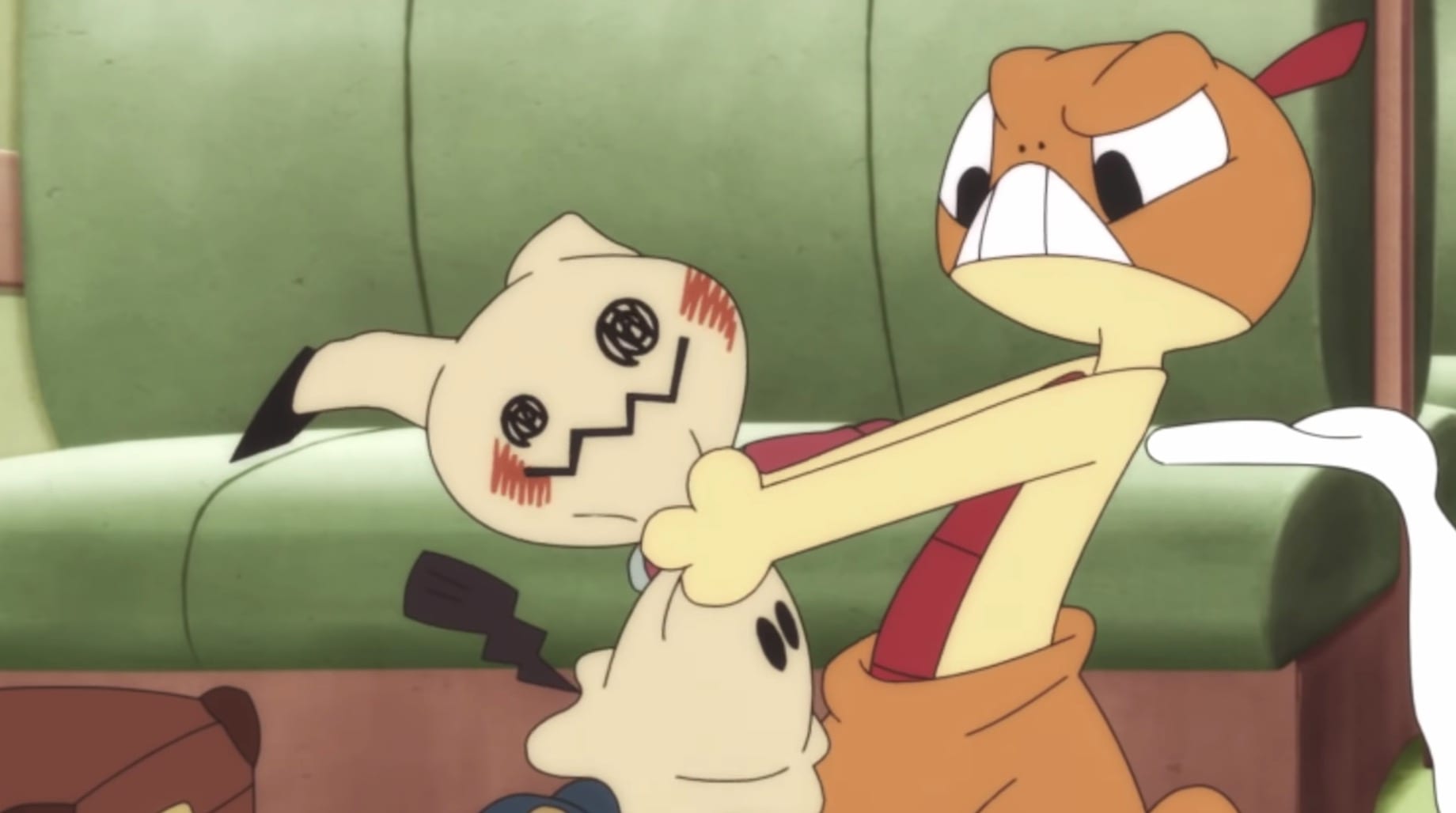 The Pokemon Company is no stranger to experimenting with different visual styles throughout the Pokemon universe and it’s always exciting to see all of the different ideas that they bring to the table. And this new animated short from the official Pokemon Kids TV YouTube channel is just an example of how well Pokemon can translate into almost any kind of animated art style.

Uploaded last night, the adorable animation stars Scraggy and Mimikyu with the art style paying homage to the classic cartoons of the 1930s. After following a trail of beans, Scraggy meets a Mimikyu for the first time and (spoilers) they do not seem to get along, like at all.

You can watch the short for yourself down below:

For even more Pokemon goodness, you’re in the right place. The fifth episode of Pokemon: Twilight Wings premiered today on The Pokemon Company’s official YouTube channel and it dives a bit into the backstory of Oleana, one of the main characters from Pokemon Sword and Pokemon Shield.

Speaking of Sword and Shield, the first part of the expansion pass, The Isle of Armor, will be launching on June 17 with the second part, The Crown Tundra, to follow in the fall.