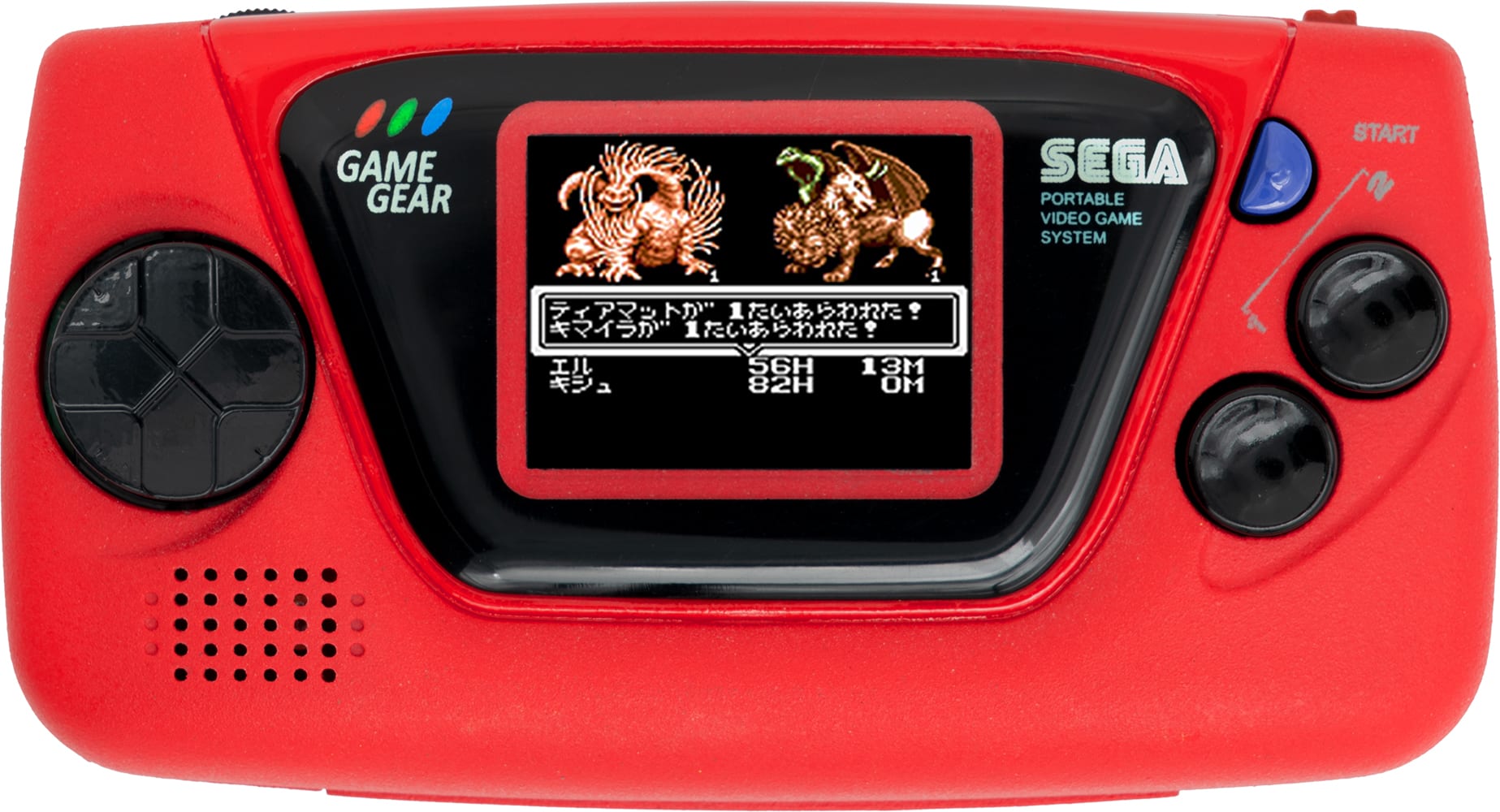 As promised a few hours ago, Sega provided with a press release the first details and a trailer for the upcoming Game Gear Micro.

It will come in four different colors, each of which will have a different selection of games.

The black version will include Sonic the Hedgehog, Puyo Puyo, Out Run, anmd Royal Stone.

Last, but not least, the red version will include Revelations: The Demon Slayer, Megami Tensei Gaiden: Last Bible Special, The G.G. Shinobi, and Columns.

Since the screen is rather small (1 inch), Sega is also releasing an accessory named Big Window Micro, which gives you a broader vision. If you buy the four-color set you get it for free.

The size of the console is 80 mm x 43 mm x 20 mm, which is less than 40% of the original. It comes with a 1” monitor and save states, and it operates with two AAA batteries or powered via USB.

M2 is still taking care of the software of the mini-console like it did for the Genesis Mini.

You can check out the trailer and official images of the Game Gear Micro below.

Today Sega also released a new episode of its “Sega Shiro” series of trailers, featuring the return of fan-favorite character Segata Sanshiro, who unfortunately did not stick around long.

They also released a new mission statement video promising surprise and innovate, while President Haruki Satomy vowed to drive the publisher into a more “mischievous” direction.