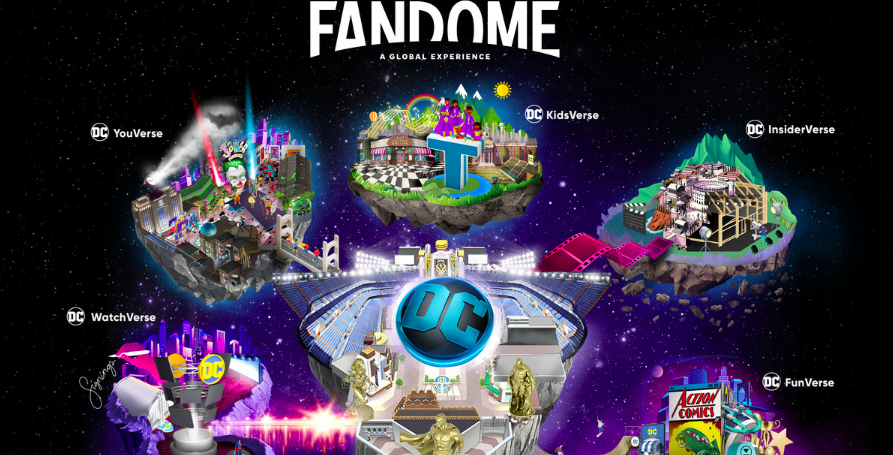 DC is getting in on the summer of digital events with its newly-minted DC FanDome, though it won’t kick off ’til later in the season.

In a post to the official DC Comics website, the company revealed that the new digital event would serve as a digital alternative to a live, in-person convention. Through it, fans can learn about all of the latest news regarding current and upcoming DC comics, T.V. shows, movies and games throughout the entire day on Aug. 22.

The bulk of the company’s announcements will be viewable through the DC FanDome’s streaming hub, called the Hall of Heroes. More specific news and info on each section of the company’s media sectors, meanwhile, will be available in offshoot streaming sections like the WatchVerse, InsiderVerse, FunVerse and so on.

Specifics on what will be revealed and at what time in the day haven’t yet been revealed, but the company promises to release more info as the event draws closer.

The full announcement can be read in detail here.

DC is only the latest company to spring for their own independent digital event as a means of revealing new content and media. Due to the cancellation of E3 and other major live events this year in the face of the Coronavirus, several other major companies like EA, Ubisoft and so on have held or announced upcoming events to bring fans news on their latest projects.

It all kicked off with Sony’s reveal of the PlayStation 5, which offered a glimpse at a slew of new games currently in development. More can be found on each game and how much hype they left in their wake here.

For more on all things related to DC games and media, check out our coverage of some of the most recent content added to DC Universe Online.