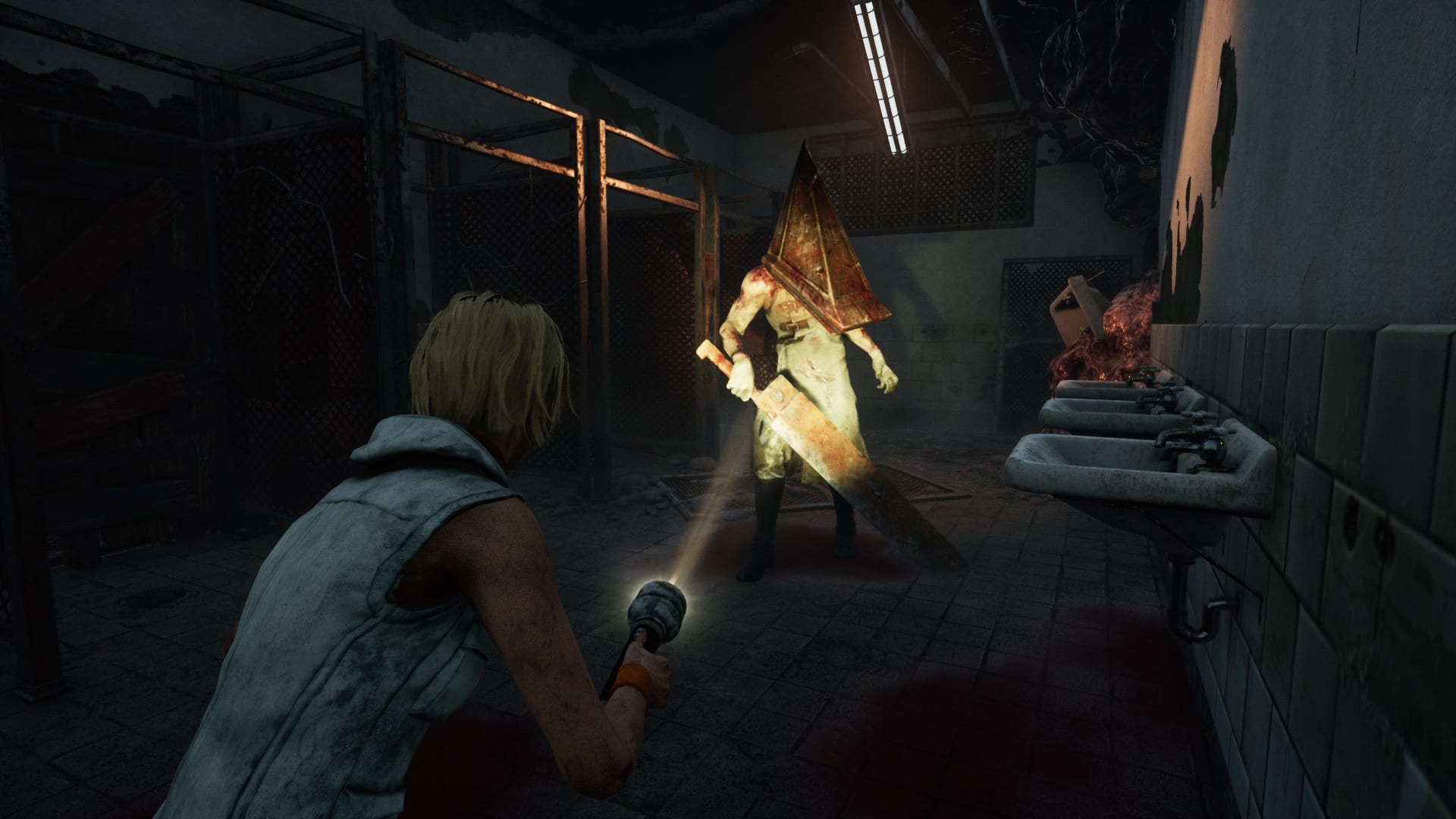 Today, Behaviour Interactive announced it is teaming with Konami to bring Silent Hill to Dead by Daylight. Known as Dead by Daylight: Silent Hill, the newest Chapter in the asymmetrical 4v1 survival horror title features a new killer, survivor, and map for players to explore.

Each new piece of content for this DLC revolves around Silent Hill, integrating them into the pre-existing gameplay, and can be seen in the trailer below.

The notorious Pyramid Head joins Dead by Daylight’s intimidating group of killers, dragging his hulking blade in tow, with the hopes of adding more victims to his list.

Cheryl Mason, previously known as Heather, joins the survivors, lending her expertise in escaping deranged killers to the mix.

The last piece of new content is the map where a slew of unspeakable horrors takes place, Midwich Elementary School. The terrain is full of treacherous rusted chains, hanging cadavers, and blood-stained walls, indicating only bad things to come.

Dead by Daylight Game Director Mathieu Côté noted just how excited Behavior Interactive is to welcome the esteemed franchise into the game.

“We are so thrilled to welcome Silent Hill as Chapter 16 of Dead by Daylight. Silent Hill is such an iconic video game license and to add it to our legendary roster of horror is truly an honor,” Mathieu Côté said. “We hope players will have as much fun discovering this Chapter as we had in making it.”

Since its release in 2016, more than 20 million players played Dead by Daylight globally across all platforms. The title continues to add free DLC for PC and consoles, welcoming horror legends from TV, movies, and video games along the way.

For those interested in trying out Dead by Daylight: Silent Hill, the Public Test Build is currently public on Steam. The full PC and console launch arrives on June 16.