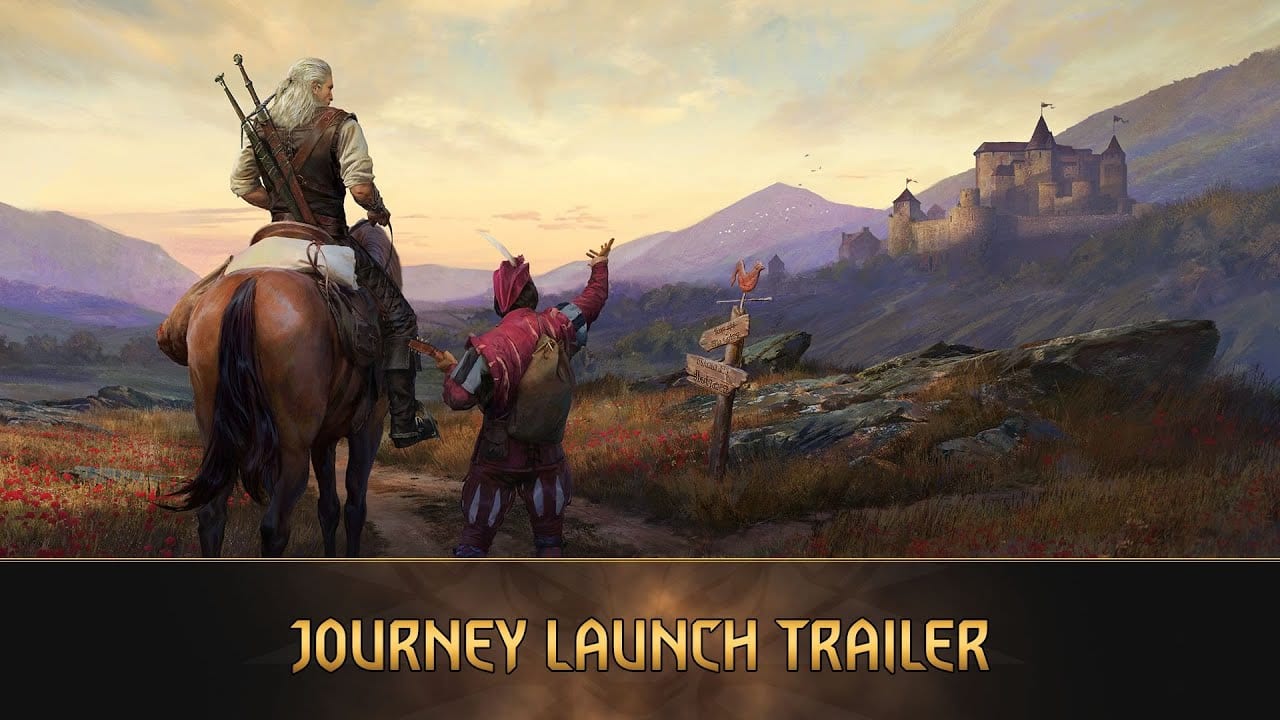 CD Projekt Red is updating Gwent: The Witcher Card Game with an all-new progression system called Journey, which adds customization options for leader skins, as well as story beats and quests for whoever is in focus. First up is Geralt, and his various new looks are on display in today’s launch trailer.

As you’ll see, over the next three months, every match won sees players progress under the new Journey leveling system, which replaces the crown rewards system of before. Its first tier is free for everyone; premium tiers are purchased separately, which immidiately unlock Geralt as a leader skin for the first time.

Leveling up offers new perks, allowing players to customize Geralt’s appearance; there are 50 unique ornaments to unlock on your way to level 100. This includes a new ornament type called Coins, which are equipped separately.

Animated border combos are also a new feature, as are the new story quests that focus on a different character each cycle.

For the full overview, check out today’s Journey launch trailer below.

Elsewhere in the world of Gwent: The Witcher Card Game, its anticipated arrival on Android mobile devices arrived last month.

In related Gwent news, there’s a hilarious new The Witcher 3: Wild Hunt mod that turns every combat encounter in a game of Gwent. Recommended for hardcore Gwent addicts only, of course!