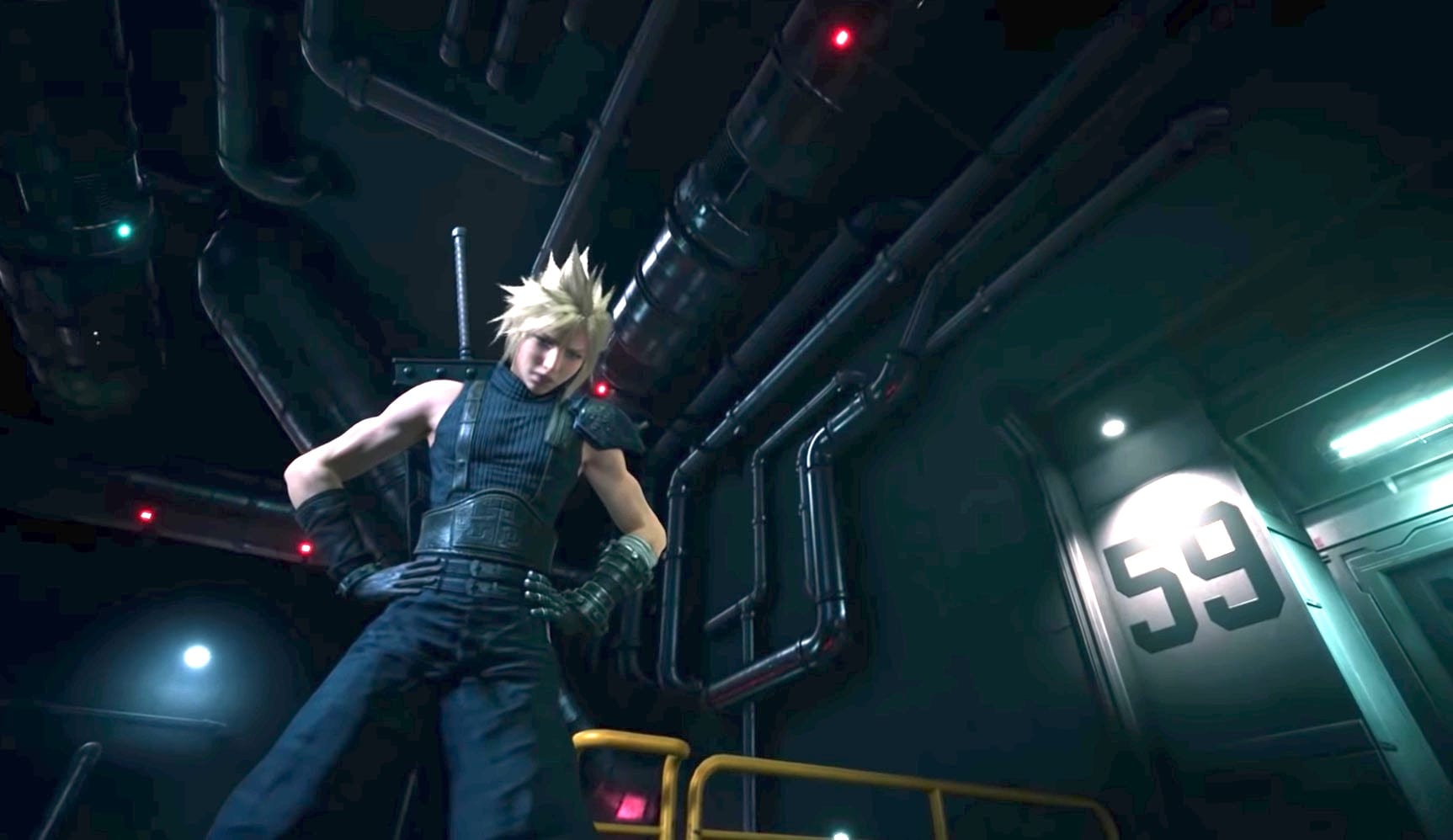 This is what the mercenary Cloud says after hiking up a 59-story staircase in Shinra HQ to attempt to rescue a dear friend. This very long climb up in Final Fantasy VII Remake comes straight from the original PS1 classic and after having experienced it in a new, remastered way, it hits different this time around.

Don’t worry! We’re not going into spoiler territory here as this piece doesn’t contain any end-game plot points, other than vaguely talking about the stairway climb, obviously.

You see, the staircase scene happens in the early hours of the original Final Fantasy VII. There’s a point when the player gets to choose whether to face enemies to reach the top of the Shinra tower by taking an elevator or by going through a quieter route by way of a staircase.

It’s a scene that you don’t see if you choose the former, and although the hike up the stairs didn’t do much for me in the original game, in the remake, it made much more of an impact.

Instead of taking place in the beginning, the scene happens roughly 20 hours into the game. By this point, we’ve spent a lot more time seeing just how Cloud’s relationship with Tifa and Barret has grown into something more than just work friends. They are a team now, with a clear unified goal, and tragedy has made their bonds inseparable.

People have died, friends were lost, and their goal is to take down this huge evil corporation, and trekking up this 59-story staircase tied it all together.

I included a video of the scene down below if you’ve yet to see it, but just be careful because this falls into spoiler territory:

As you start the ascent, Cloud, Tifa, and Barret are doing fine. They’ve been through worse than this. It’s fairly easy for them to run up a couple of flights without stopping, but the further up they go, the pain starts to become unbearable.

The three of them complain about the walk up, they joke as they stop to catch their breath, and as a cheeky inclusion from the development team, there’s even a counter by your characters stat bars that shows what floor you’re on.

After watching the 10-minute scene again, you can even notice that the music starts to become disorienting the further up they go, causing the player to feel dizzy and exhausted themselves.

As someone who easily gets nauseous, the dizziness even got to me around the 40th floor or so. But, the time spent climbing the stairs gave me some time to think.

Moreover, this scene is on par with the iconic ladder scene from Metal Gear Solid 3. A scene that’s memorable and iconic in the way that it lets you think about everything that’s happened prior to this particular moment in time.

As I go ahead and clean up these last final chapters in Final Fantasy VII Remake, I just hope that everyone chooses the stairs instead of the elevator –make the right choice here.

For some chuckles, you can check out the original staircase scene down below from the original game to see the comparison to the PS4 remake:

Final Fantasy VII Remake is now available as a timed exclusive for the PS4. You can read our glowing review here and our Guide Wiki for tips and tricks.