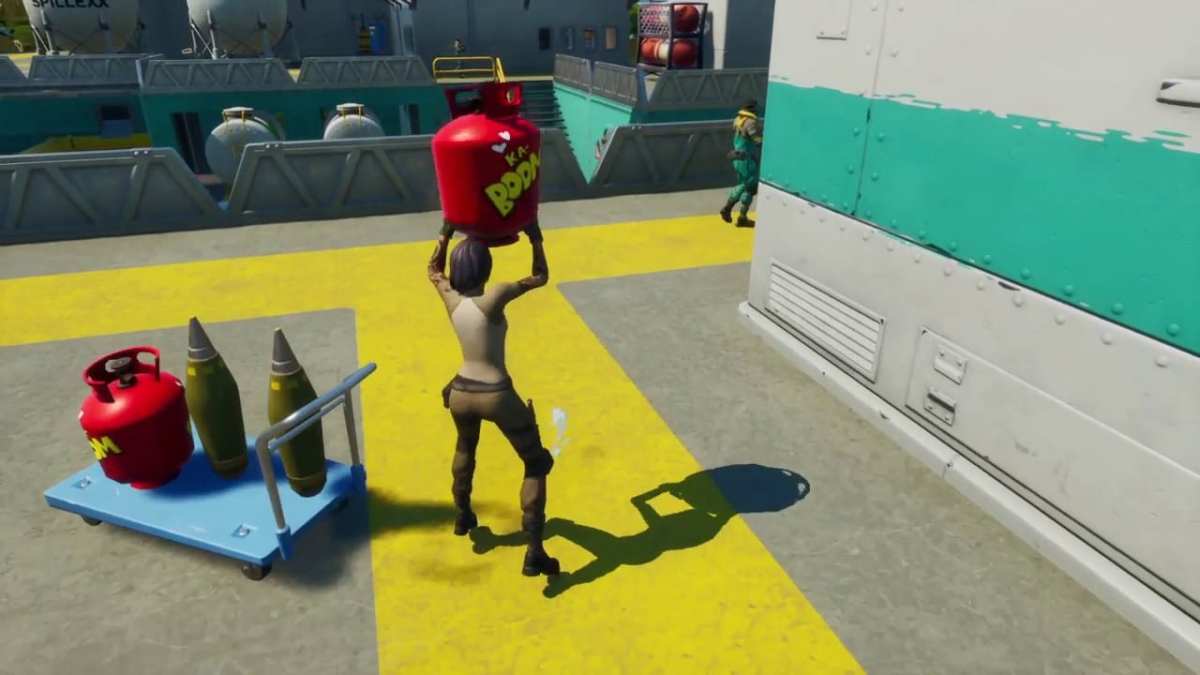 The TNTina week 3 challenges have just dropped in Fortnite. For the most part, these are a straightforward affair, but there is one challenge that may trip players up. This is the challenge that requires players to ‘Use Propane Tanks to Destroy Structures’ in Fortnite.

First things first, let’s run through what a Fortnite Propane Tank is. Simply put, it’s those red barrels that have ‘Ka-BOOM’ plastered on the side. You can see one just underneath the challenge table on the Battle Pass screen, and they look like this in the game itself.

Fortnite Propane Tanks aren’t just lying around everywhere. The only place we’ve found them so far is over on The Rig in the southwest corner of the map. Conveniently, TNTina is also the boss of this named location, and it’s her week of challenges.

Here, you’ll find a ton of Propane Tanks, but keep in mind that you’ll need to fight off Henchmen and TNTina herself if they spot you. As such, it’s best to get a disguise by heading into one of the phone boxes.

How to Destroy Structures with Propane Tanks

Once you’ve found a Fortnite Propane Tank, you can walk over to one and pick it up by pressing Y on Xbox One, Triangle on PS4, F on PC.

Aim where you’d like to go and use RT to throw the propane tank. We found the best way to blow up structures with Propane Tanks was to quickly run over to one on the Rig, and place a number of ramps and other structures around one.

Shoot the Propane Tank once and it’ll begin to flame before exploding. The explosion will destroy at least two ramps if you place the tank below them.

That’s all you need to know on using Fortnite Propane Tanks to destroy structures. For more tips and tricks, head on over to our Fortnite Chapter 2 Season 2 guide wiki.