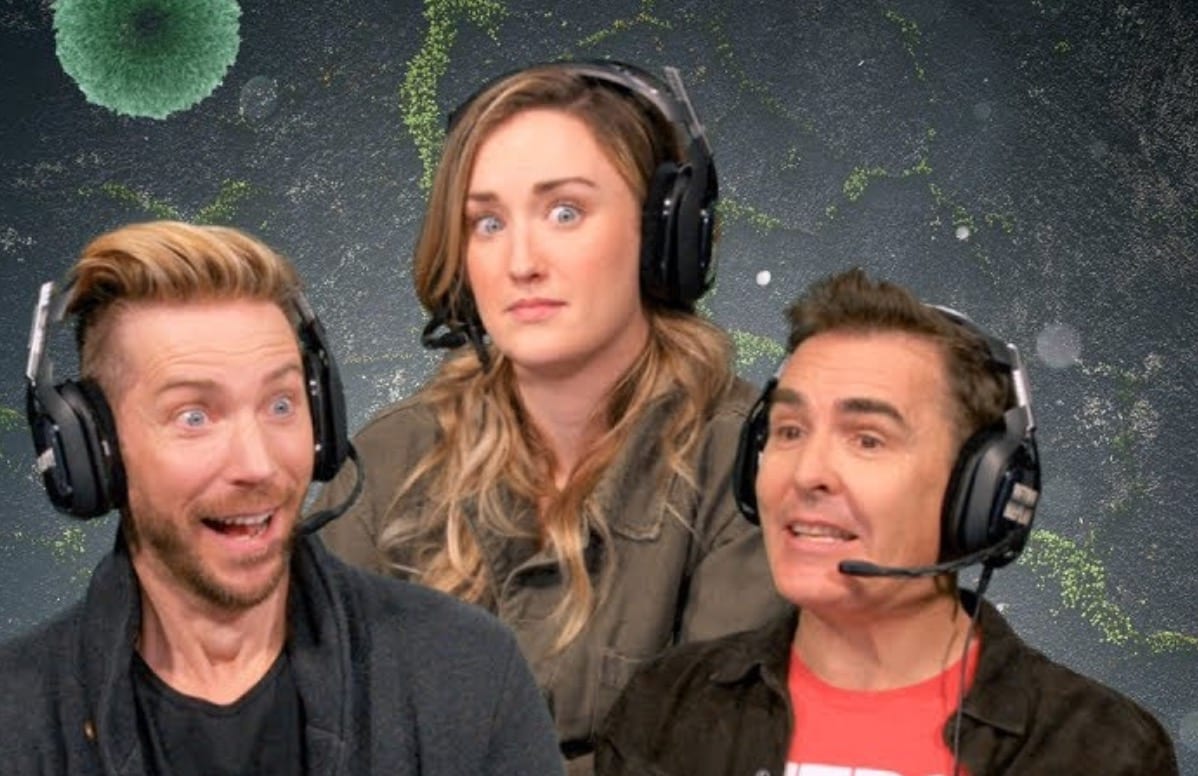 Retro Replay is a fairly new YouTube gaming channel that is co-hosted by two of the most well-known video game voice actors out there, Troy Baker and Nolan North. It’s a comedy gaming talk show and together, they play through some of the best games of all time, recently stuff like Uncharted and The Last of Us.

In the newest episode of Retro Replay, they have the voice actress who plays Ellie in The Last of Us on board to co-host with the dynamic duo as they play as Ellie in the Lakeside Resort section of Naughty Dog’s survival horror title.

You’ll hear some witty banter and you also may hear about some behind-the-scenes stuff from the production of the 2013 title, which is always interesting to hear.

You can watch Troy, Nolan, and Ashley stealth their way through The Last of Us in the video down below:

If you want to show some support for Retro Replay, you can check out their channel right here.

The Last of Us Remastered is now available on the PS4 and you can look forward to its sequel when it launches on May 29, 2020. There will also be more multiplayer content coming but it will be separate from The Last of Us Part II.