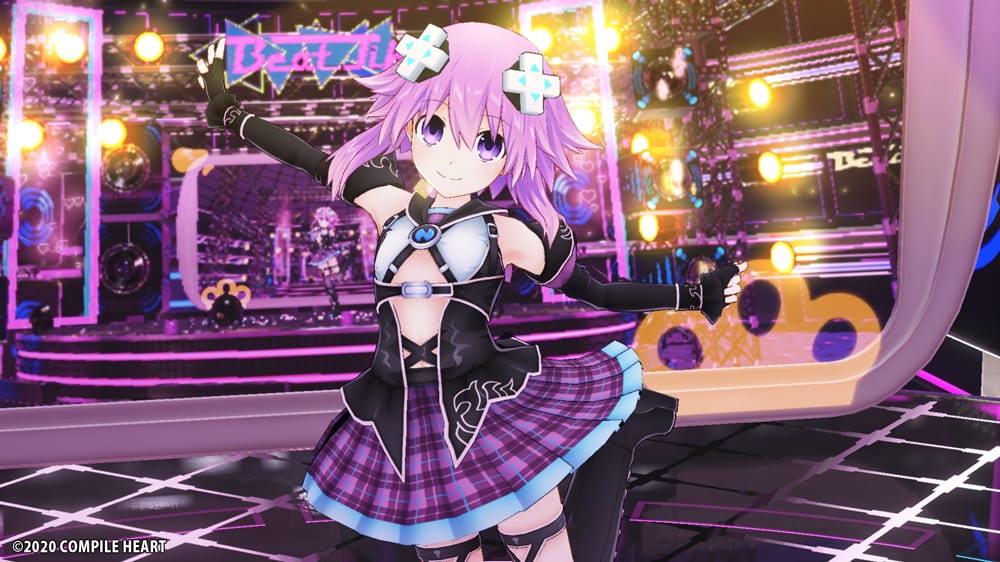 The game will launch in Japan on July 2, 2020, exclusively for PS4. Of course, a western release has not been announced just yet. We’ll have to wait for an announcement from Idea Factory International.

The limited edition will include an artbook, the soundtrack, and four posters.

The images included in the press release plus more published on the official website show familiar waifus from the Hyperdimension Neptunia series, plus plenty original to this game. On top of them, guest virtual YouTubers will appear.

Interestingly, the gameplay will include two different battle systems. The four goddesses from the Neptunia series will feature third-person shooter gameplay, while the virtual idols will fight in action-JRPG style.

The guest virtual YouTubers have been sent to the game’s world and have been captured by an anti-intrusion system. By defeating the evil anti-Vtuber hunters and releasing them, you can unlock them as support.

The game also features a dancing minigame called “BeatTik” in which you can have them wear the accessories earned in the game.

If you’re unfamiliar with VVVTune, it was revealed back in November, and recently received its first trailer as well.