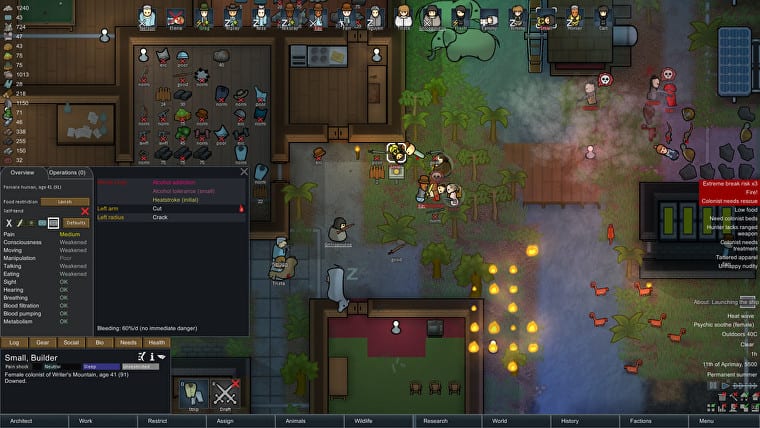 Rimworld has continued to prove a massively popular title since its official release in 2018, offering players a blend of sci-fi and construction management sim gameplay elements. It isn’t available on many platforms though, so you may be wondering: Is Rimworld coming to the Nintendo Switch, or any other consoles for that matter?

Is Rimworld Coming to Switch? Answered

As it currently stands, no, Rimworld is not currently slated to receive a Switch port anytime within the foreseeable future. It is only available on PC, and its developer Ludeon Studios hasn’t made any announcements in regards to working on ports for consoles.

The reason for this isn’t clear, but given that the game is an indie title developed by Ludeon Studios, it’s likely due to limitations in terms of what the studio can currently accomplish with the resources at its disposal.

It’s unfortunate news, but also far from out of the ordinary for smaller indie titles.

Will the game ever receive a port for the Switch?

As for whether Rimworld will ever come to the Switch, it’s not entirely out of the realm of possibility.

Given the popularity of the title, it’s not impossible that the studio would be approached by Nintendo or would approach Nintendo themselves about developing a port for the portable console.

However, doing so would require optimizing the rather sizable game for the console’s CPU, as well as designing a control scheme that allows players to execute all of the game’s command with less buttons.

In either case, it would take time to implement, and we likely wouldn’t hear anything about it until development of the port was well underway.

Hopefully, this cleared up whether Rimworld is coming to the Switch or not. For more on the game, check out our list of games like Rimworld if you’re looking for something similar.