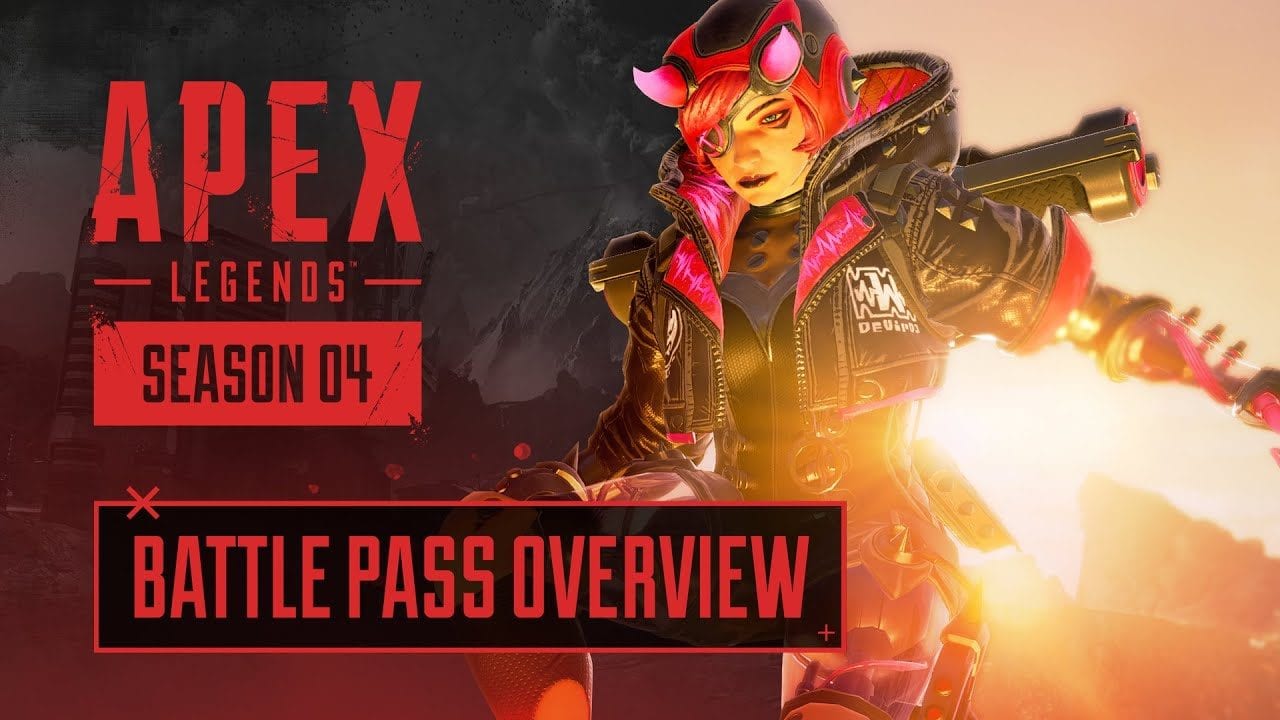 Apex Legends Season 4 is now under way, and just like with previous seasons, Respawn has released a trailer outlining what to expect in the new Battle Pass.

Official posts detailing the changes to the map as well as the new Battle Pass rewards were also put up on the game’s site earlier today. For those looking to read the Season 4 patch notes, they can be found on Reddit.

If you were one of many players wondering what exactly the new Legend, Revenant, was doing in the recent gameplay trailer, you’ll be pleased to know that more information was given in regards to his abilities.

The Apex Legends Battle Pass overview video shows that this pass will be providing more of what players have come to expect. More rare skins for Legends and guns have been added alongside new skydive animations, gun charms, music tracks, and loading screen art.

Players can unlock skins for the R-99 submachine gun, Lifeline, Crypto, and Pathfinder that are exclusive to the Battle Pass by spending 950 Apex Coins. If you’re willing to spend a little more, as usual, you can gain the first 25 levels of the pass for 2,800 Apex Coins.

Check out the trailer for the new Apex Legends Battle Pass below to see all of the new additions in-game:

Is all of this new content enough to keep you invested in Apex Season 4? Let us know in the comments below!