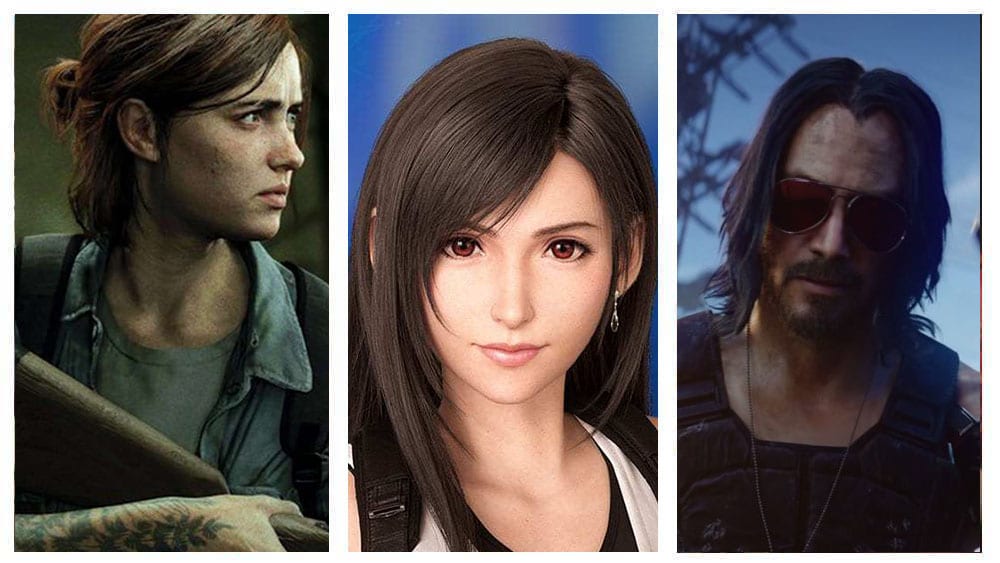 The calendar has finally moved into 2020, opening the gates of a brand new decade. There are plenty of massively-anticipated games coming this year.

It’s finally time to reveal how you voted for Twinfinite Readers’ Most Anticipated Game of 2020.

You have been called to cast your vote a few days ago, and many of you responded enthusiastically, which is a lovely way for us all to welcome this year of (hopefully) great games, hoping that it’ll be a wonderful beginning for the new decade.

Incidentally, you can also check out how our readers voted for Game of the Year, and cast your vote for our “Best Waifu and Best Husbando 2019” award.

Sucker Punch has been hard at work on Ghost of Tsushima nearly since the beginning of this generation, so it’s only fitting that the game is going to be one of the last big first-party PS4 games before we move on to PS5.

What we have seen so far of Ghost of Tsushuima is absolutely charming, providing a look at a fascinating setting from an unconventional eye, on top of an adventure set during a little-known conflict that few games have explored.

The fact that it looks absolutely crazy (in a good way, of course) certainly doesn’t hurt either.

Persona 5 Royal isn’t a full-fledged remake, but the fact that it generates a lot of anticipation despite the fact that it’s basically a enhanced re-release feels like the consacration of Persona 5 as a cult classic.

The game is already available in Japan, but western players will have to wait until March 31 before enjoying this in English.

While Persona 5 was fantastic, it did seem to be missing something at the end. Hopefully Persona 5 Royal will steal our hearts once again.

14 years have passed since the launch of Sakura Taisen V in Japan, but we finally live in a world in which a brand new Sakura Wars game has been launched, at least in its home country

Unfortunately Sega hasn’t announced a western release date just yet but we know that it’s coming this year.

Considerring that Sakura Taisen V is the only game of the series that has been officially localized as Sakura Wars: So Long My Love (and not even directly by Sega), it’ll be intersting to see if the series will finally receive the appreciation it deserves on the worldwide stage.

Second Runner-Up: The Last of Us Part II

The Last of Us is one of the best games of all time for many, so it’s not surprising that its sequel is one of the most anxiously-awaited games of 2020.

Whether Naughty Dog will manage to repeat the success of the first game or not, future will tell, but the studio’s pedigree certainly encourages a confident outlook.

With the launch coming on May 29, we have only five more months to wait.

Considering the skyrocketing trajectory of the popularity of CD Projekt RED, especially after The Witcher 3: Wild Hunt, Cyberpunk 2077 is destined to have a ton of hype riding on its shoulders.

Everything we have seen so far has been extremely impressive, but the developer has shown “just enough,” revealing gameplay at a deliberate and nearly maddening pace that has left many wanting for more.

We’re just over four months from release, and we have seen less than most AAA releases in a similar timeframe. Yet, this could very well be for the better.

The Final Fantasy VII Remake is finally upon us, and three months from release this is another game of which we have seen very little.

Of course, many of us know how the story goes — it is a remake after all — but considering that Square Enix is expanding and possibly tweaking the story, the potential for surprises is enormous.

Fans have been asking for a remake of Final Fantasy VII for generations, so I don’t think anyone can be really surprised to see it earn this award, just as it won the title voted by Twinfinite’s editors.

On March 3 we’re going back to Midgar, and it’s hard not to smile just by thinking about it.

The Idolmaster: Starlit Season Announced for PS4 and PC, and it Looks Gorgeous
By Giuseppe NelvaJanuary 20, 2020