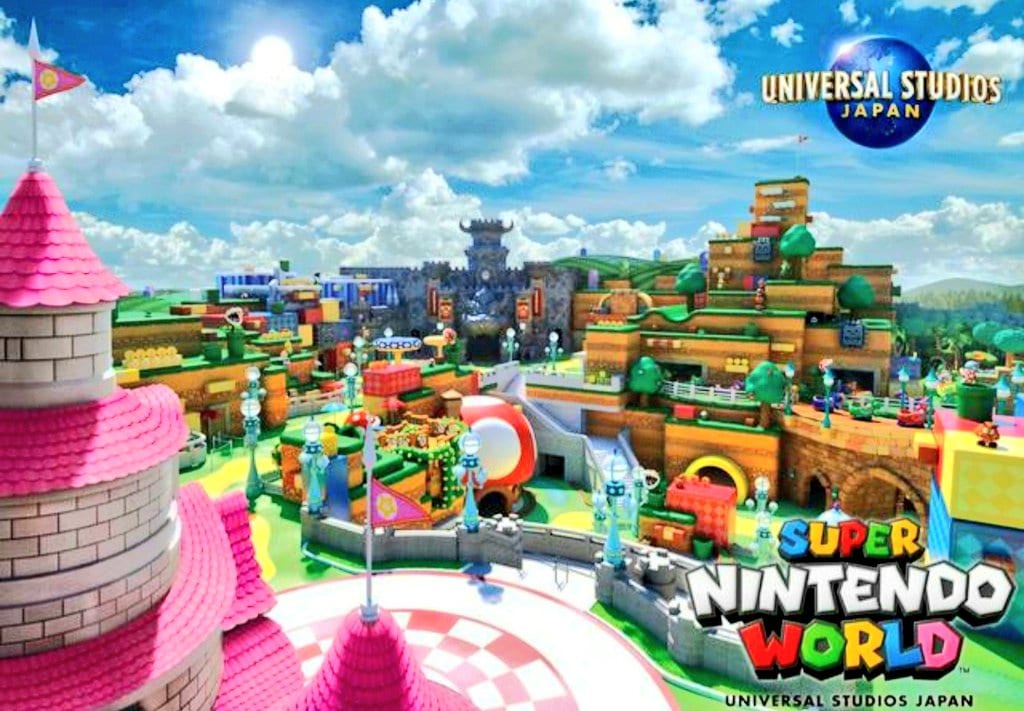 Start planning your trip to Universal Studios Japan, because we are finally learning some details about the long-awaited Super Nintendo World theme park that will be opening soon.

In order to promote the upcoming theme park, Nintendo has released a music video in a surprising collaboration with electronic duo Galantis featuring singer Charli XCX.

The video features an original song called “We Are Born to Play” with some familiar Mario riffs mixed in. The video shows people of all ages dancing having fun in a CGI representation of the park’s Mario-themed world.

We see familiar characters like Mario and Peach in her iconic castle, and Charli XCX herself makes an appearance. There’s a lot of sliding down green pipes and hitting blocks, but we don’t see any actual footage of the Super Nintendo World theme park itself.

Notably, Super Nintendo World will incorporate a wearable wrist band technology called “Power-Up Bands” that will sync to a smartphone app in order to make its guests feel like they are really in the game world while at the park.

There’s no official word yet on all of the attractions that the theme park will feature, but Mori shared information from the press event that one will be a real-life Mario Kart track which, to be honest, is all we ever truly needed.

Super Nintendo World was first announced to be in the works way back in 2016, and it will finally be opening its doors for the first time in Summer 2020 in Osaka, Japan.

You can watch the music video reveal trailer below.