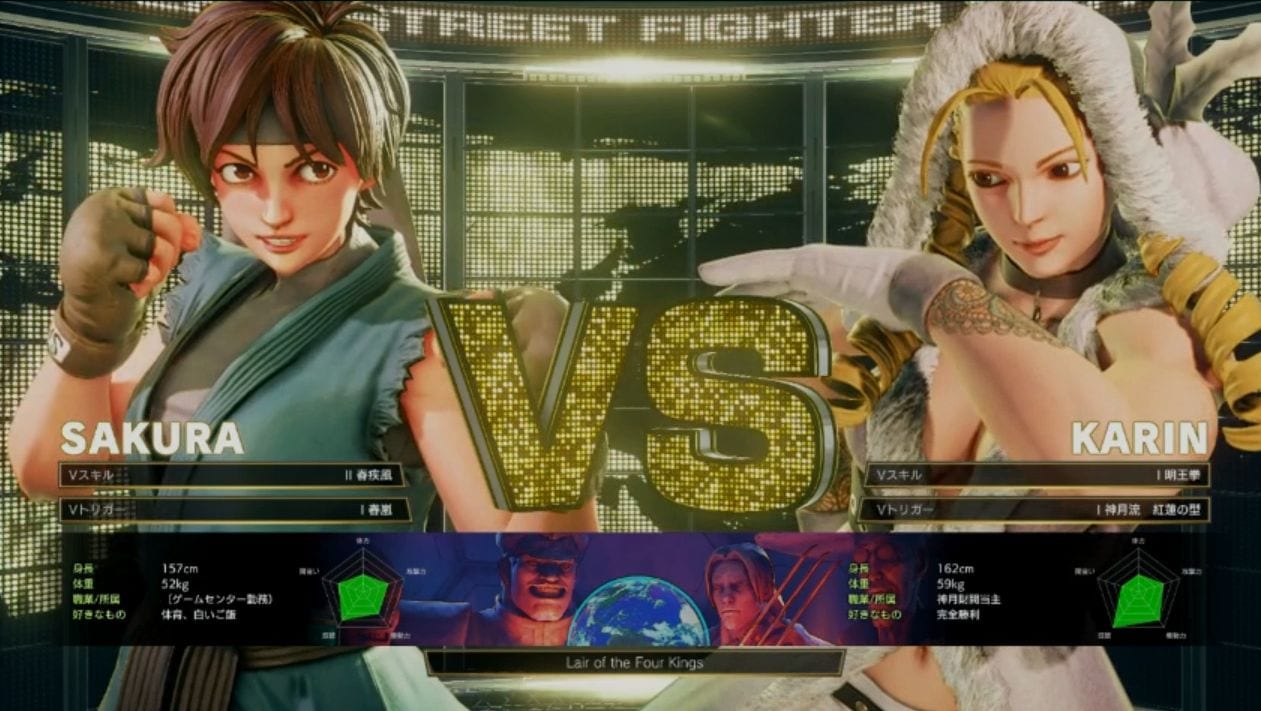 EVO Japan just ended at the Makuhari Messe in Chiba with the grand finals of the of Street Fighter V tournament.

The competition was won by Nauman playing with Sakura in a series of matches against Mago using Karin.

Nauman’s prize was delivered by producer Yoshinori Ono, who mentioned that he has been watching Nauman play Street Fighter V since the game’s release. While he was always close to victory, he he had not managed to grasp it before today.

According to Ono san, seeing Naumab winning today made him feel like watching a so, and made him really happy.

In other Street Fighter V news, the rumored announcement of an alleged Nintendo Switch version did not happen.

As a matter of fact, Capcom made no reveal at all during the show.

To get you up to speed, a few hours ago, EB Games Canada posted a tweet mentioning a Nintendo Switch version of the game which sparked rumors about a possible reveal.

You can see the an image of the original tweet below. Incidentally, the screenshots come straight from the PS4 version, which is one of the reasons why we opted not to report the rumor, as it felt very shaky.

The tweet has since been removed and the retailer replaced it with a message clarifying that it was a mistake, as you can see below.

Yoshinori Ono himself also commented, fully squashing the rumor by simply mentioning with a bit of irony that such a product does not exist.

If you were hoping that was just misdirection, now you can likely move on knowing that no announcement happened.

If you want to see more about the game, you can also enjoy the reveal of the upcoming Streey Fighter V Champion Edition, a recent trailer featuring returning character Gill, some of his gameplay gameplay, and the latest reveal featuring Seth in a slightly unusual guise.