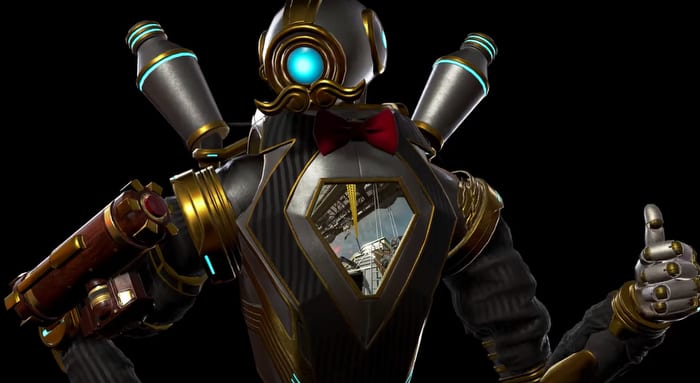 Respawn Entertainment is looking to help Apex Legends players ring in the New Year in style with a special event, and they’ve dropped a teaser trailer to show what it’ll offer.

In a trailer streamed through the official Apex Legends YouTube account, Respawn revealed a new, upcoming event for the Free-to-Play game: The Grand Soirée, a retro celebration of the new year hosted by Pathfinder full of throwback costumes and thrilling combat.

Set to kick off later this month, the event would see Apex Legends players participate in seven distinct game modes, each of which will rotate in availability on a bi-daily basis. These modes include Gold Rush Duos, Never Stop Closing and Dummies Big Day, just to name a few.

Players can get plenty of rewards from participating in these events thanks to the Challenge Scoreboard, a new feature which will track each player’s progress across the duration of the event.

All the while, players will also be able to nab a rotating list of cosmetics from the shop for each character. Each carries an Art Deco theme that harkens back to a bygone era, giving characters everything from a classic black suit to Steam Punk-esque accessories.

Some cosmetics are more detailed and intricate than others – Pathfinder’s look in particular is a heavy departure from his usual appearance – but each lends something new to their respective character.

It’ll all be available to Apex Legends players starting on Jan. 14 across all platforms. In the meantime, fans can hype themselves up for the fun by diving into the full teaser trailer below.

Apex Legends is currently available on the PlayStation 4, Xbox One and PC. For more on the game, check out our review from its launch early last year.

Likewise, check out some of the milestones and achievements the game has managed in the past few months, ranging from it taking home the “Best Multiplayer Game” award at the 2019 Game Awards to it being the most downloaded Free-to-Play game on PlayStation 4 in 2019.