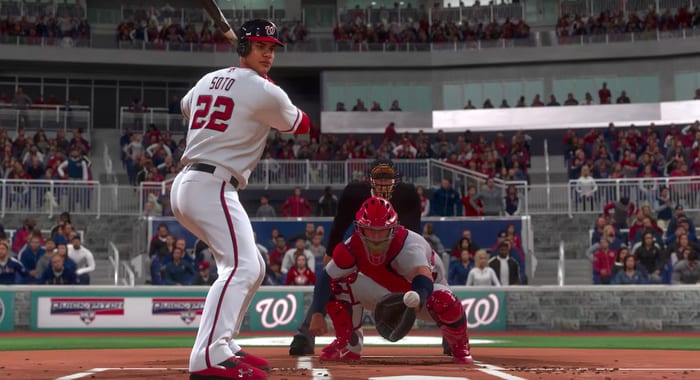 MLB the Show 20 has received its first gameplay trailer, as well as some info on what fans can look forward to from the series’ 15th anniversary entry.

Streamed by PlayStation via YouTube on Jan. 22 alongside a post to the PlayStation Blog, the trailer offers a glimpse at the gameplay players can expect from the latest entry in the sports game franchise with steals, slides and home runs galore.

Character models for players from a variety of teams also made their first appearances. Some are shown in action pitching, batting or catching, while others are shown cheering from the dugout, celebrating with their team or throwing a foul-worthy tantrum.

It likewise has some small differences fans of the franchise may be able to spot, which makes it all the more worthwhile to watch the trailer in its entirety below.

Alongside the trailer, a schedule of future livestreams and previews offered by MLB the Show 20’s developers, Sony San Diego, was unveiled for players to plan accordingly with.

These livestreams will include info on a variety of newly refined gameplay mechanics including an overhauled rewards system and a simplified league multiplayer system. Alongside these will be reveals of new mechanics, like dynamic on-field relationships, a new trade hub and the freshly minted “Showdown” game mode.

They’ll all be held on a weekly basis until the game’s release, and can be viewed via the studios’ official Twitch and YouTube channels.

More on that schedule can be found here.

MLB the Show 20 is slated for release on Mar. 17, 2020 exclusively on PlayStation 4, with an early access period available to those who pre-order the collector’s editions before Mar. 13.

For more on the series, check out our coverage of the recent announcement that MLB the Show will be breaking from its exclusivity design and going multi-platform as soon as next year.