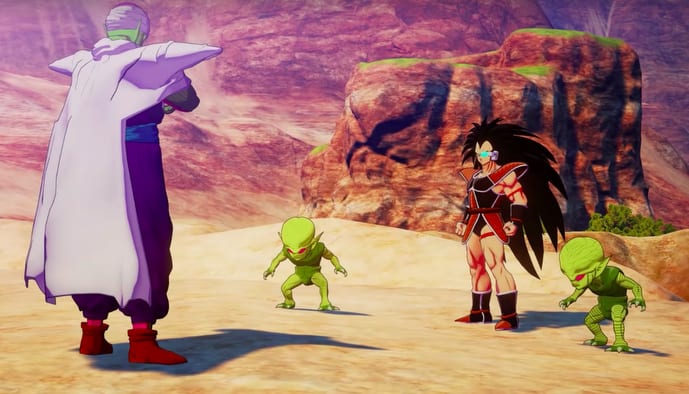 What Reviving Raditz Does in Dragon Ball Z Kakarot

Should you choose to revive Raditz in Dragon Ball Z Kakarot, you’ll be given the chance to fight him again without replaying the game. He’ll be in the same area of the map where his original boss fight took place – marked by a side mission titled “The Pride of the Warrior Race” – and he’ll be assisted by two Saibamen, and all three will be around level 32 in terms of power and stats.

However, it’s worth noting that you can only fight him as Piccolo, and that trying to fight him as any other character will prevent you from starting his side quest and battle.

What You Get for Beating Raditz Again

As for what battling Raditz again accomplishes in Dragon Ball Z Kakarot, there are a few notable benefits.

On one hand, you can earn a nice load of experience for Piccolo and any support characters you bring along with him, thanks not only to the experience they’ll get from the battle but also to the experience earned from completing the side quest tied to it.

You’ll likewise get Raditz’ Soul Emblem for use on any community board. It has a nice spread of stats with a particularly high Adventure board level, and can be paired with Vegeta and Nappa’s Soul Emblems for a bonus to its level stats.

That should cover everything there is to know about what reviving Raditz does in Dragon Ball Z Kakarot. For more on the game, check out our guide wiki. It has plenty of helpful guides on topics like how to get Green Z Orbs fast and how to get a Royal Tomato.