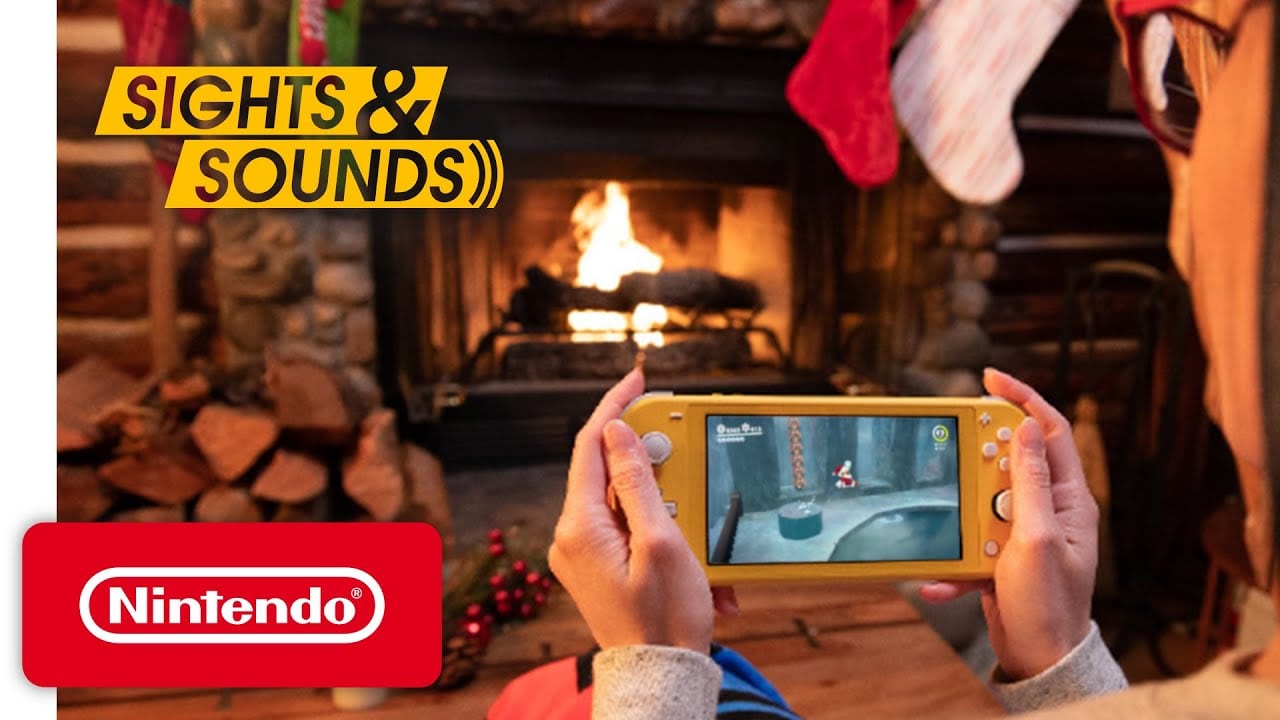 Nintendo has been releasing these really relaxing Sights & Sounds videos to the company’s YouTube channel as of late and they’re basically ASMR videos of people playing games on their Nintendo Switch in calming locations.

This new video is a holiday special and shows a woman playing Link’s Awakening and Super Mario Odyssey on her Switch Lite by a crackling fire in a cabin in the middle of the woods –it’s strangely soothing.

You can watch the Sights & Sounds – Holiday Special down below and if you actually sit down and watch the entire video with headphones, I heard that Doug Bowser would personally thank you via text:

I’m also not the only person that thinks this is straight-up Nintendo ASMR. The Japanese company may not be using those words exactly but Nintendo knows what it’s doing –it’s definitely catering to the fans out there who are seeking some Zelda and Mario ASMR.

Just look at these comments:

Have you sat down to listen to and/or watch the video yet? If so, let us know your thoughts and feelings after taking in the sights and sounds! I for one feel very relaxed after listening to those sweet sounds of Mario and Link.