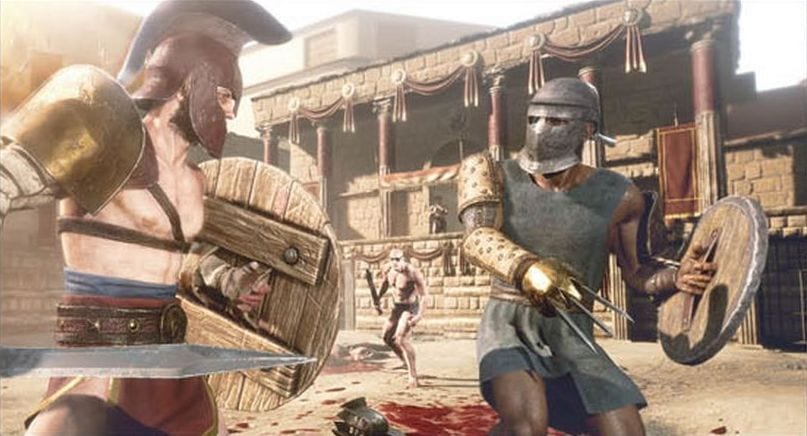 GladiuX (titled in Japanese Kentoshi X, which means Gladiator X) is an action-adventure game being developed as a completely new game inspired by the 2010 PSP game Gladiator Begins.

The stage of the story is ancient Rome during the rule of the 16th Emperor Marcus Aurelius. The protagonist becomes a gladiator to refine his battle skills and win his freedom.

The game already has a logo with the English title, which you can see in the gallery below alongside the first development screenshots.

Ando-san mentions that the scenario has been greatly expanded compared to the original game, and since the studio is using Unreal Engine that they previously utilized with Octopath Traveler, they’re aiming to create a completely new and high-quality game.

He also added that there is a plan for expansion in the west, so Acquire is collaborating with a foreign developer (the article included a joint copyright by Acquire and Starcaster Games, known for So Many Me among other things) and Ando-san would like to launch it in 2020.

The game will be compatible with the PS5’s specs right away, so if Ando-san can get Sony’s approval, he’d like to release it on the new console as well.

No other platforms were mentioned, but the wording appears to indicate that Acquire is aiming for the current generation as a baseline.