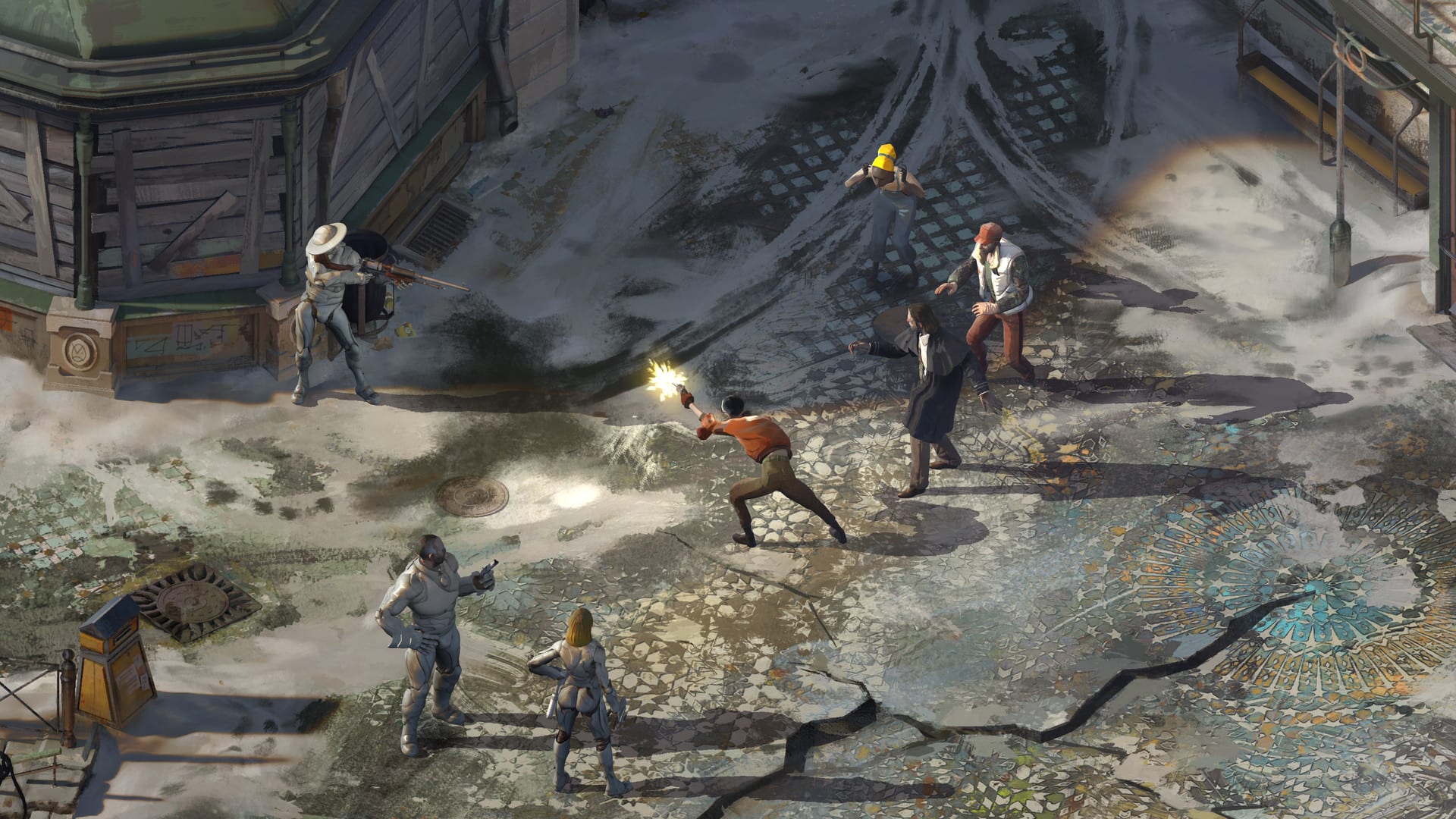 Disco Elysium completely turns the RPG genre on its head and then some. While many of the conversations you’ll have with NPCs certainly won’t go the way you expect them to, there are some things that remain the same. Sleeping, for example, is particularly useful as it allows you to end that evening and start the next day. Here’s how to sleep in Disco Elysium.

If you’re right at the start of Disco Elysium, it’s worth pointing out that the only place you can sleep at this point is the Whirling (the hotel). You can’t sleep on the bench or in Cuno’s Shack in Martinaise Proper, even if you opted to be a Hobocop.

Instead, you’ll need to make sure you pay Garte for the hotel room. However, some players have found they don’t have enough cash to pay for the room, or have completely forgotten about it until later in the day.

In these instances, the developers have suggested the following:

Once you’ve got enough money, simply make your way back to Garte at the Whirling, pay for the hotel room, interact with the bed and you can go to sleep in Disco Elysium.

Sleeping at 2:00AM in Disco Elysium

Unfortunately, if you’ve managed to hit 2:00AM and don’t have enough money to pay for the hotel room, you won’t be able to sleep. Everyone else in Martinaise Proper has gone to bed, so all of the options noted above for making money cannot be done.

In these instances, you have to reload an old save ideally before 23:00. This will mean that both Fritte and Roy are still open, meaning you’ve got a means of making money.

It’s worth noting that you will be able to find another place to sleep in Disco Elysium later on in the game by the shore, but in your first couple of in-game days, the Whirling is your only option.

That’s everything you need to know on how to sleep in Disco Elysium. For more on the game, be sure to check out our review.