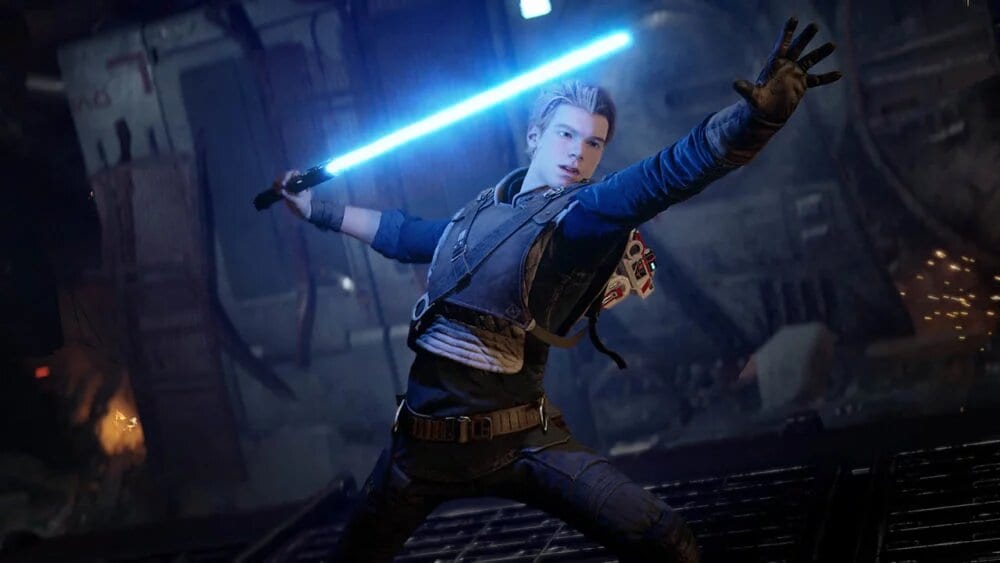 The long awaited single-player focused Star Wars game is finally here. Jedi: Fallen Order follows Cal, who has escaped the Order 66 purge and is trying to flee the Galactic Empire, and it’s influenced by a few popular genres. So that you can get around the planets’ various areas, here’s everything you need to know about how to climb in Jedi Fallen Order.

While there are clearly some Dark Souls inspired features and much of the progression is Metroidvania in style, a lot of the actual gameplay is reminiscent of more linear adventure games like Uncharted or Tomb Raider.

As Cal, you’ll be climbing along ledges, over buildings, and even on AT-ATs. So that you’re not hanging around too long, it’s helpful to know how to climb first.

It’s quite obvious what you can climb on in the game. There’s no different colored ledges or signs literally saying “you can climb here” but you’ll see recurring textures on things that are climbable.

You might see vines on or next to things that Cal can climb or gaps in ledges that he can grab onto. It’s pretty clear.

When you find something to climb, press X if you’re on PS4 (A if you’re on Xbox One) to jump and then hold L2 (PS4) or LT (Xbox One) to grab it. You’ll then be able to use the left analog stick to move about. You can then jump again to get off it.

In short, here’s how to climb in Star Wars Fallen Order

That’s everything you need to know about how to climb in Jedi Fallen Order. For more tips and tricks on the game, be sure to check out our Star Wars Fallen Order guide wiki. We have also listed some other helpful guides on the game down below.