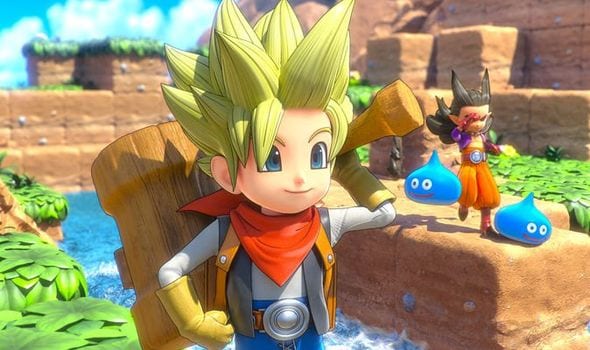 If you’ve been on the fence about buying Dragon Quest Builders 2 on the Nintendo Switch, Nintendo’s latest announcement may come as good news.

In a post to Twitter on Nov. 3, Nintendo of America revealed that a free demo of the game, named the Dragon Quest Builders 2 Jumbo Demo, would be released on Nov. 4 via the Nintendo eShop.

The demo allows players to experience the first portion of Dragon Quest Builders 2, meeting some of the key characters and being set loose on the title’s opening area, the Isle of Awakening. Not only that, but they can run wild with the more basic mechanics of the game, from breaking down objects to placing them in whatever patterns they like.

They can play in this area as they like up to the point where they’d need to travel to the game’s first separate location, Furrowfield Island.

It hasn’t been revealed how big the install size for the Jumbo Demo will be, though given how small the full game’s install size is, chances are it won’t set players back too badly in terms of storage space.

Released for the Nintendo Switch and PlayStation 4 on Dec. 20, 2018 in Japan, and later worldwide for the same consoles on July 12, 2019, Dragon Quest Builders 2 is the latest installment in the spin-off franchise from the main Dragon Quest games.

In it, players take the role of a Builder, an individual blessed with the ability to make and create new objects through the use of special objects, tools and skills.

After being shipwrecked on an abandoned isle, they take it upon themselves to rally the citizens of nearby islands and restore the isle to its former glory, all while clashing with those who would rather see it remain in ruin.

Dragon Quest Builders 2 received general acclaim from critics and fans for its charming design and gameplay; something we whole-heartedly agreed with in our review.